The Seabird Studies Team at the USGS Western Ecological Research Center is conducting aerial photographic surveys of the ocean off central and southern California to create comprehensive maps of seabird and marine mammal distributions. The project is supported by the Bureau of Ocean Energy Management and will inform planning in advance of potential offshore wind energy development along the California Coast.

Life on the Pacific Coast

California’s oceanic waters provide habitat for numerous migratory, resident, and breeding species of seabirds and marine mammals. The region from 3 to 200 miles offshore is known as the Pacific Outer Continental Shelf (POCS) and is federally managed. Off southern California, POCS waters surround important breeding sites for many species, including more than a dozen seabird species and 5 pinniped (seal and sea lion) species found in the Channel Islands National Park. Although marine life abounds in the nutrient-rich waters of the POCS, seabirds and marine mammals contend with fisheries, pollution, habitat loss, and other stressors.

Recent technological advances have made offshore wind energy infrastructure development a possibility for the deep waters offshore of the U.S. west coast. The State of California is committed by law (SB-100) to 100% adoption of carbon-free energy sources by 2045 and offshore wind power is expected to feature prominently in this strategy. Multiple wind energy projects have been proposed for the region between the central California Coast and the US-Mexico border and are under consideration by state and federal regulators.

Given existing stresses to marine species, birds and mammals are vulnerable to the added effects of wind energy development. In a recent report, the USGS WERC Seabird Team assessed the vulnerability of seabirds to wind energy infrastructure. Now, with direction and support from the Bureau of Ocean Energy Management (BOEM), the Seabird Team has begun a series of aerial bird and mammal surveys that will provide more current information about animal distributions and abundance at sea to augment the initial vulnerability assessment. The results will inform the offshore wind development permit and planning process and help managers identify potential wildlife interactions with offshore wind energy infrastructure.

Scientists have been monitoring marine mammals and seabird populations along the Pacific Outer Continental Shelf using air- and ship-based observational surveys throughout the past 40 years. Now, high-resolution digital photography and machine learning are making it possible to collect new, standardized marine survey data. In the first part of the project, begun fall 2018, USGS WERC scientists are conducting aerial surveys from a small airplane from Point Piedras Blancas on the central California Coast to the U.S. California – Mexico border. Survey aircraft are outfitted with sophisticated digital cameras linked to computers to capture thousands of high-resolution digital photographs. Aerial surveys will take place over two years, covering the full study area in summer, fall, and winter, with additional surveys during migratory periods.

Detecting Birds and Mammals From Imagery

The aerial surveys will produce hundreds of thousands of images. Some of the images will contain birds and mammals, but many will only feature the surface of the ocean. Picking out the valuable species data from the vast number of images would be a herculean task for a human, and doing so for sets of images dominated by animal-free photos is currently a challenge even for computers. Using rapidly-developing machine learning techniques, the USGS WERC team is designing new methods to automate the detection and counts of seabirds and marine mammals from imagery. Use of artificial intelligence to extract quantitative information from images will allow researchers to share contemporary data about species composition, distribution, abundance, habitat associations, and seasonal variation.  Maps of these data can be used to inform the planning process for offshore wind development.

Return to the Seabird Ecology and Marine Planning home page 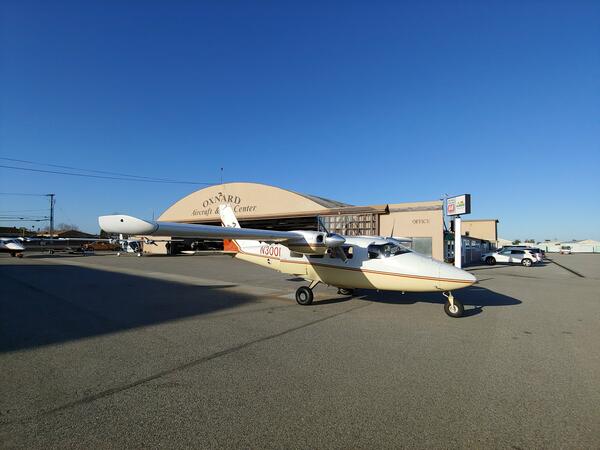 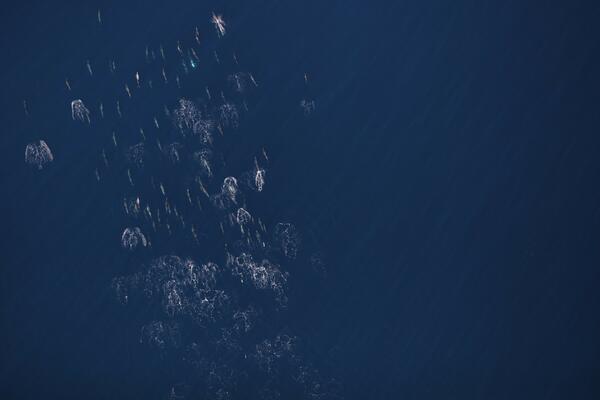