Drainage basins of selected streamgages in West Virginia through 2020

Drainage basin areas for 376 USGS streamgages in West Virginia and adjacent states were delineated digitally. The USGS Watershed Boundary Dataset HUC12 sub-watershed lines were used as outer limits of basins, and heads-up digitizing was used to delineate boundaries from the stream gage to the HUC12 boundary. The USGS National Map was used, as background, to show both contour lines and digital elevation to highlight drainage basin divides, ridges, and valleys. Basins were delineated for (1) all active continuous-flow and crest-stage streamgages, in West Virginia, through water year 2020, (2) selected inactive streamgages, in West Virginia and adjacent states, that were used in the flood-frequency report prepared by Wiley and Atkins (2010), (3) Selected streamflow stations in West Virginia included in the low-flow report by Wiley and Atkins (2006), 4) historic West Virginia streamgages with published daily flow values, and (5) selected stage-only streamgages.For some historical streamgages included in this dataset, either the basin perimeter or the stream location have been altered by human activity since the gage was operated. Drainage basins for these streamgages were digitized from topographic maps contemporaneous with the period of streamflow record, so that their published drainage areas would continue to accurately reflect the drainage area when streamflow data were collected. Streamgage 03198022 was digitized from the 1971 topographic map because the basin perimeter was altered by construction after the streamgage was discontinued, and streamgages 03212567 and 03213495 were digitized from 1968 topographic maps because the basin perimeter was altered by surface mining after the streamgage was discontinued. Streamgages 03055040 and 03059500 were operated on streams that have been moved substantially since the streamgages were discontinued; basins for these streamgages were digitized from the historic streamgage locations, which are no longer on streams. Six streamgages, 01607000, 01636451, 01636462, 03060000, 03181000, and 03183200 are included in the point file for completeness, although no basins were delineated for them because they were on springs or karst-affected streams where the surface drainage basin was known to have little relationship to the actual drainage basin. Drainage basin areas, provided in this data release were updated in the National Water Information System (NWIS). Provided in the file 'WVBasinboundary.zip' is a geodatabase with (1) a point feature class of streamgage stations as described above (WV_Surfacewater_sites), (2) a feature dataset that contains the digitized drainage areas in polygon(WVBoundary_poly) and line (WVboundary_arc) format. 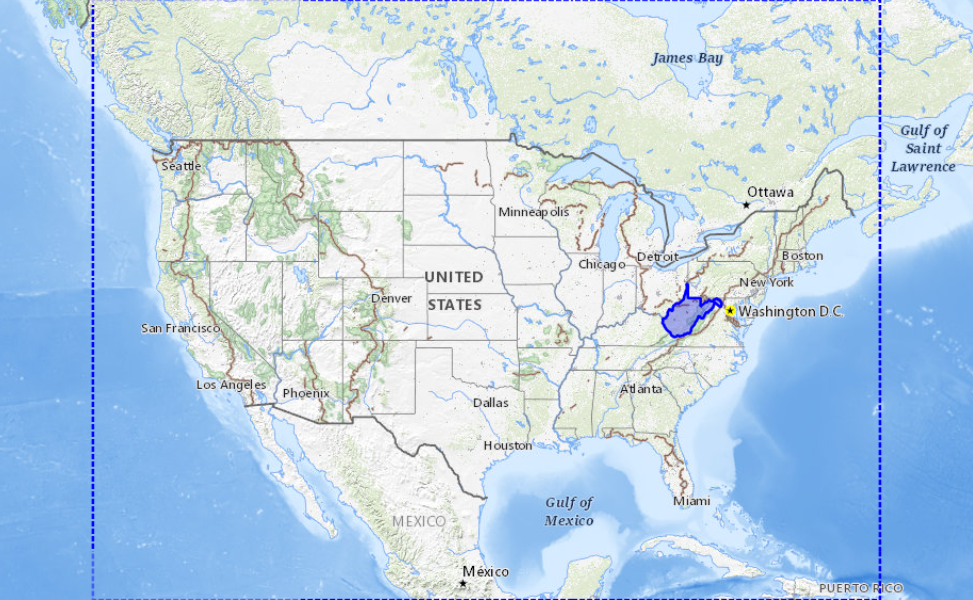