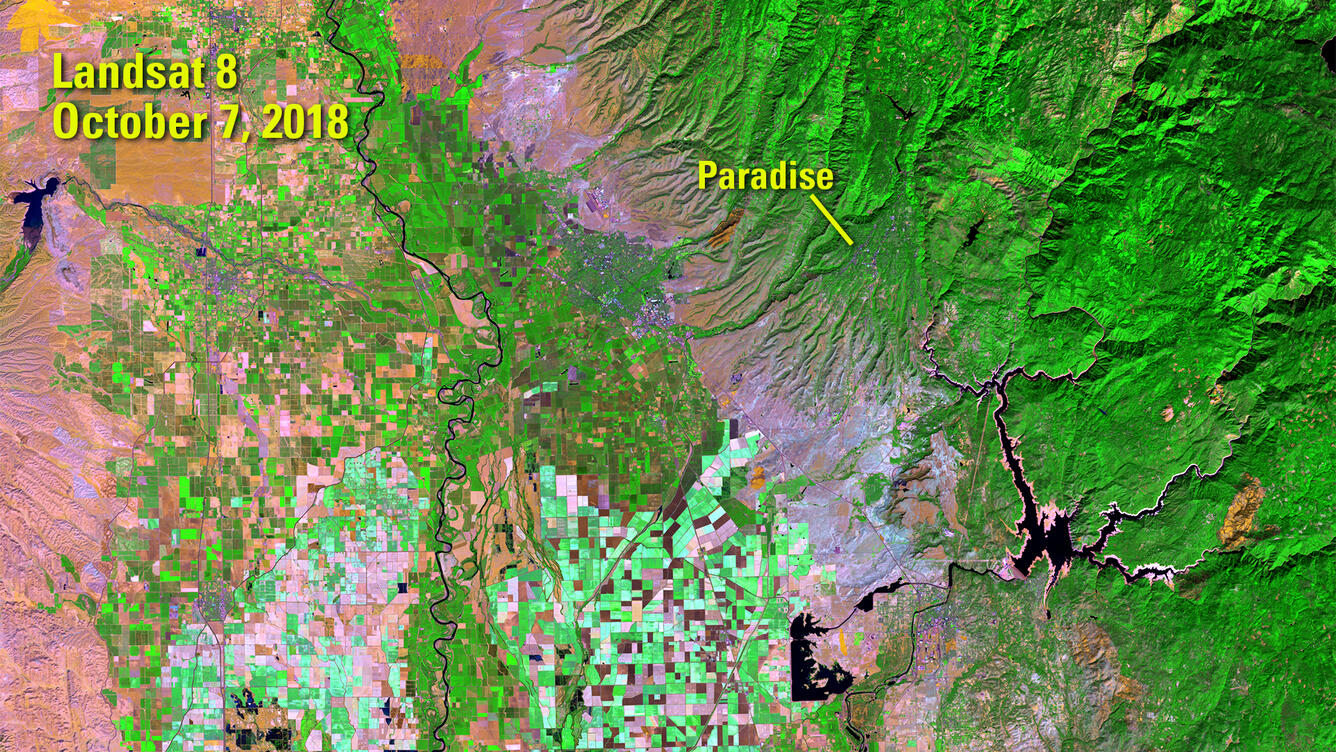 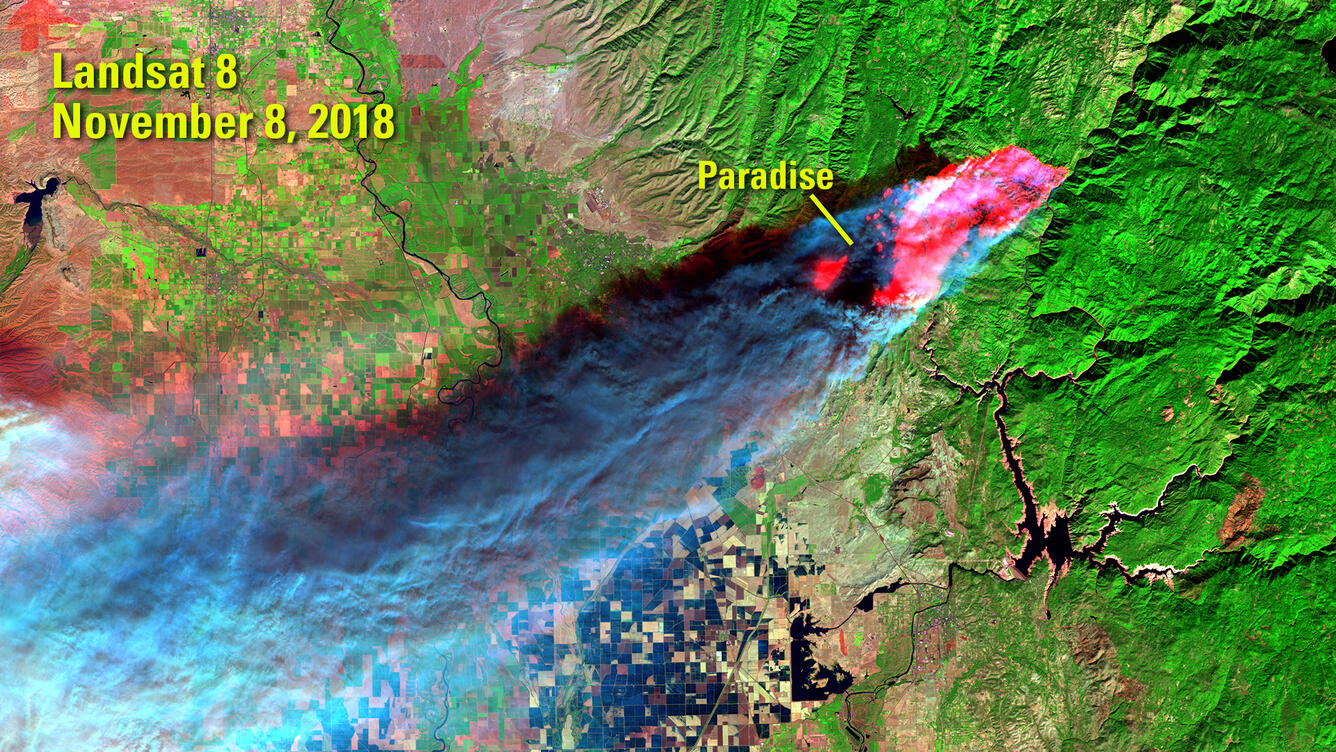 Satellites have captured views of the numerous major fires burning in California.
An image acquired on November 9, 2018, from NASA’s MODIS sensor on the Terra satellite shows smoke pouring out of two major fires, the Camp Fire and the Woolsey Fire, which both ignited the day before.
In the north, the Camp Fire quickly became the deadliest wildfire in the state’s history. Landsat 8 captured an image of the fire hours after it started, and intense northeasterly winds and dry fuels caused the fire to spread rapidly. The Camp Fire burned over 100,000 acres in just two days.
Over 6,500 homes were destroyed, most of them in Paradise, a city of 27,000 people.