Aerial imagery of tundra and ocean 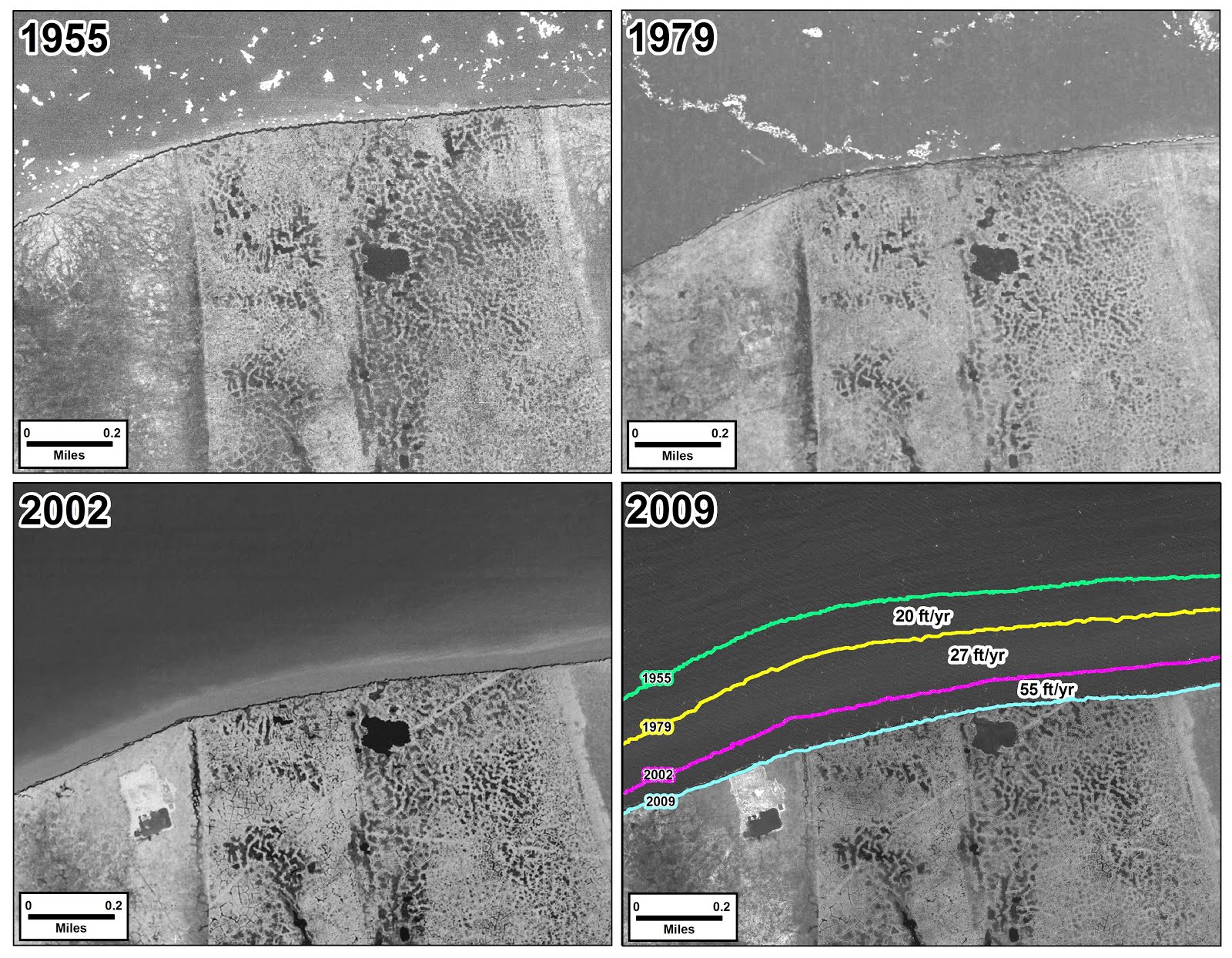 Aerial imagery of tundra and ocean showing the impacts of coastal erosion near Drew Point, Alaska. Between 1955 and 2009, approximately 7,000 acres of land were washed into the sea along a 40-mile (64-kilometer) stretch of Beaufort Sea coastline that included the portions shown here. The annual rates of coastline erosion were 20, 27, and 55 feet (6, 8, and 17 meters) per year, respectively, for the periods 1955 to 1979, 1979 to 2002, and 2002 to 2009. For year-to year reference, note the large lake near the center of the photo. The colored lines in the 2009 image outline the location of the shoreline in the years indicated.