The Aleutian Cradle of Tsunamis 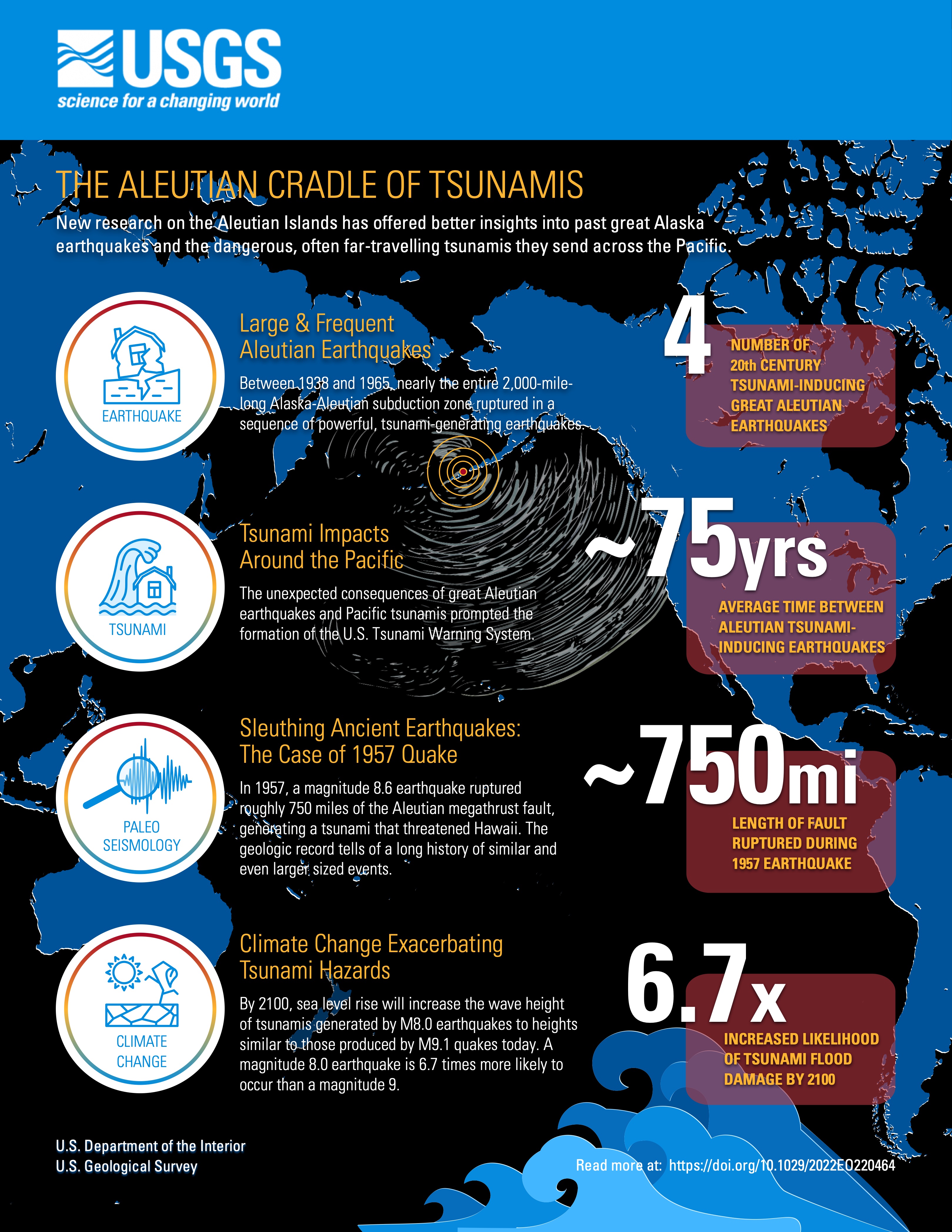 THE ALEUTIAN CRADLE OF TSUNAMIS

New research on the Aleutian Islands has offered better insights into past great Alaska earthquakes and the dangerous, often far-travelling tsunamis they send across the Pacific.