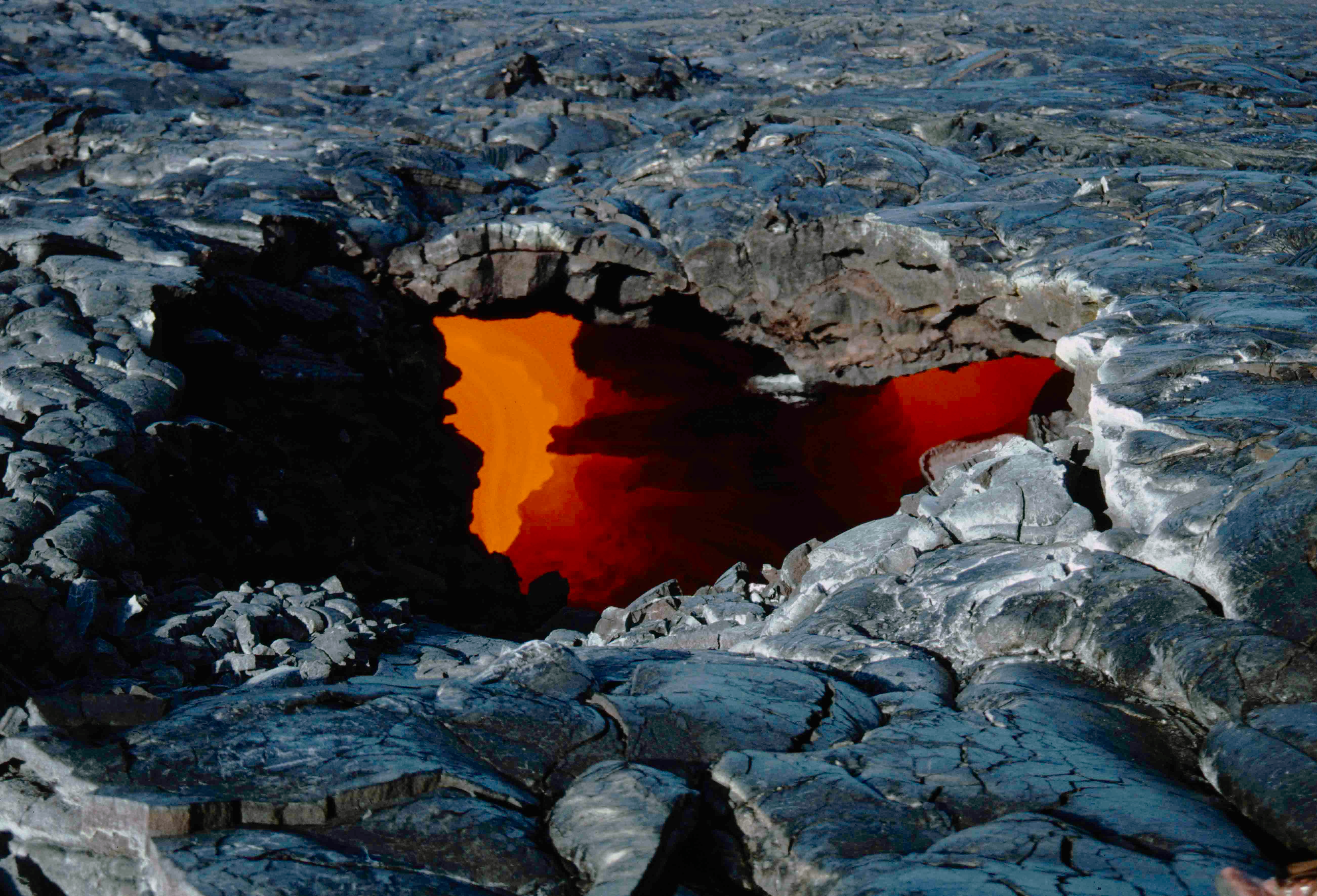 A skylight near Pulama Pali, which is the slope where flows from Pu’u O’o make their way toward the sea. Here, the skylight allows one to see where the lava tube is splitting into two branches.