Collecting a Gas Hydrate Research Core from the Indian Ocean 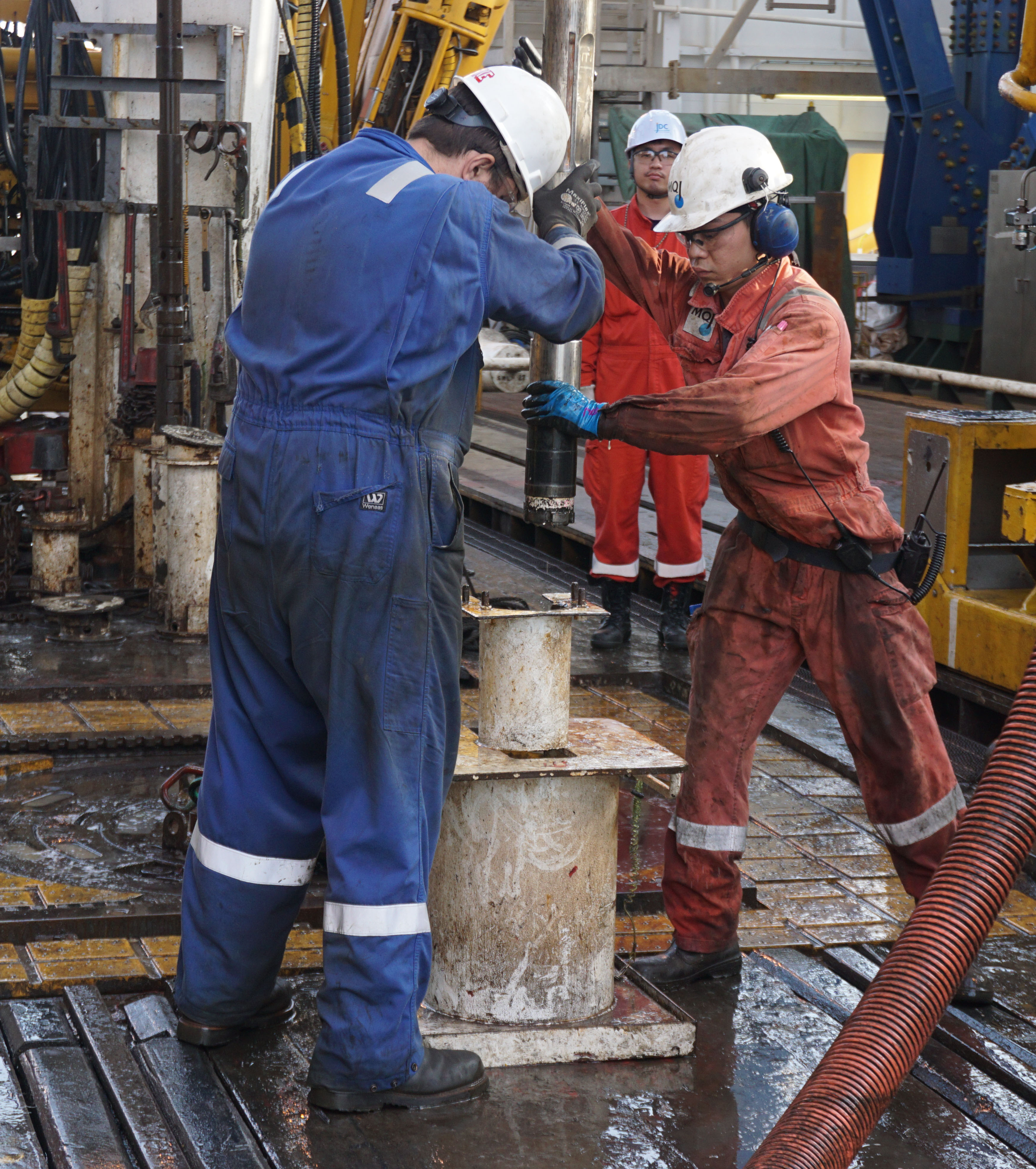 Scientists aboard the D/S Chikyu prepare to collect a research core drilled from marine sediments in the Indian Ocean. This research is part of the 2015 Indian National Gas Hydrate Program Expedition 02 (NGHP-02), which is a follow-up to the 2006 NGHP-01.

NGHP-02 identified several large deposits of potentially producible gas hydrates in the Indian Ocean. This project was led by the Government of India, with scientists from Japan and the United States, including the U.S. Geological Survey. Read more here.