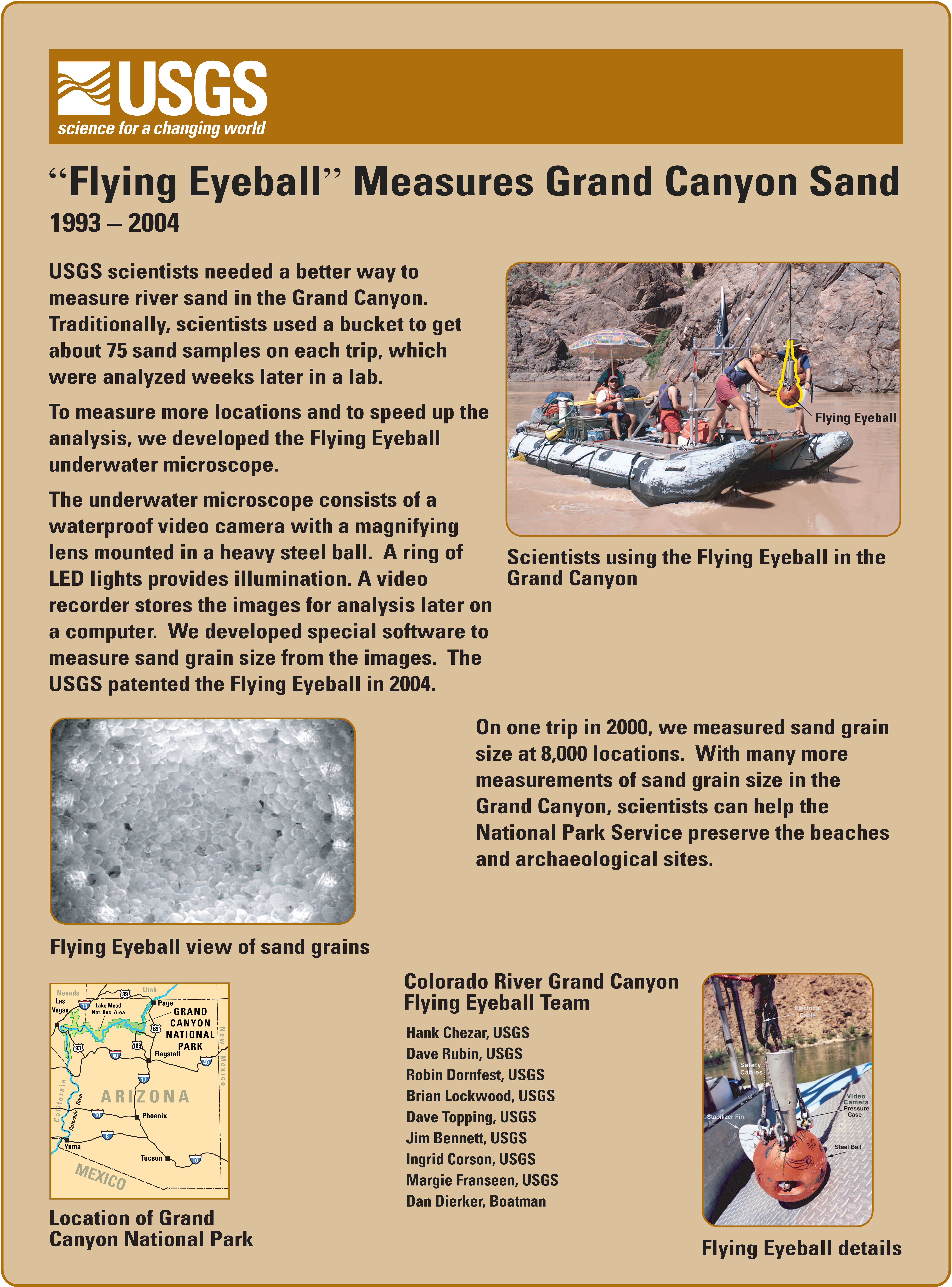 USGS scientists needed a better way to measure river sand in the Grand Canyon. Traditionally, scientists used a bucket to get about 75 sand samples on each trip, which were analyzed weeks later in a lab.

To measure more locations and to speed up the analysis, we developed the Flying Eyeball underwater microscope.

The underwater microscope consists of a waterproof video camera with a magnifying lens mounted in a heavy steel ball. A ring of LED lights provides illumination. A video recorder stores the images for analysis later on a computer. We developed special software to measure sand grain size from the images. The USGS patented the Flying Eyeball in 2004.

On one trip in 2000, we measured sand grain size at 8,000 locations. With many more measurements of sand grain size in the Grand Canyon, scientists can help the National Park Service preserve the beaches and archaeological sites.