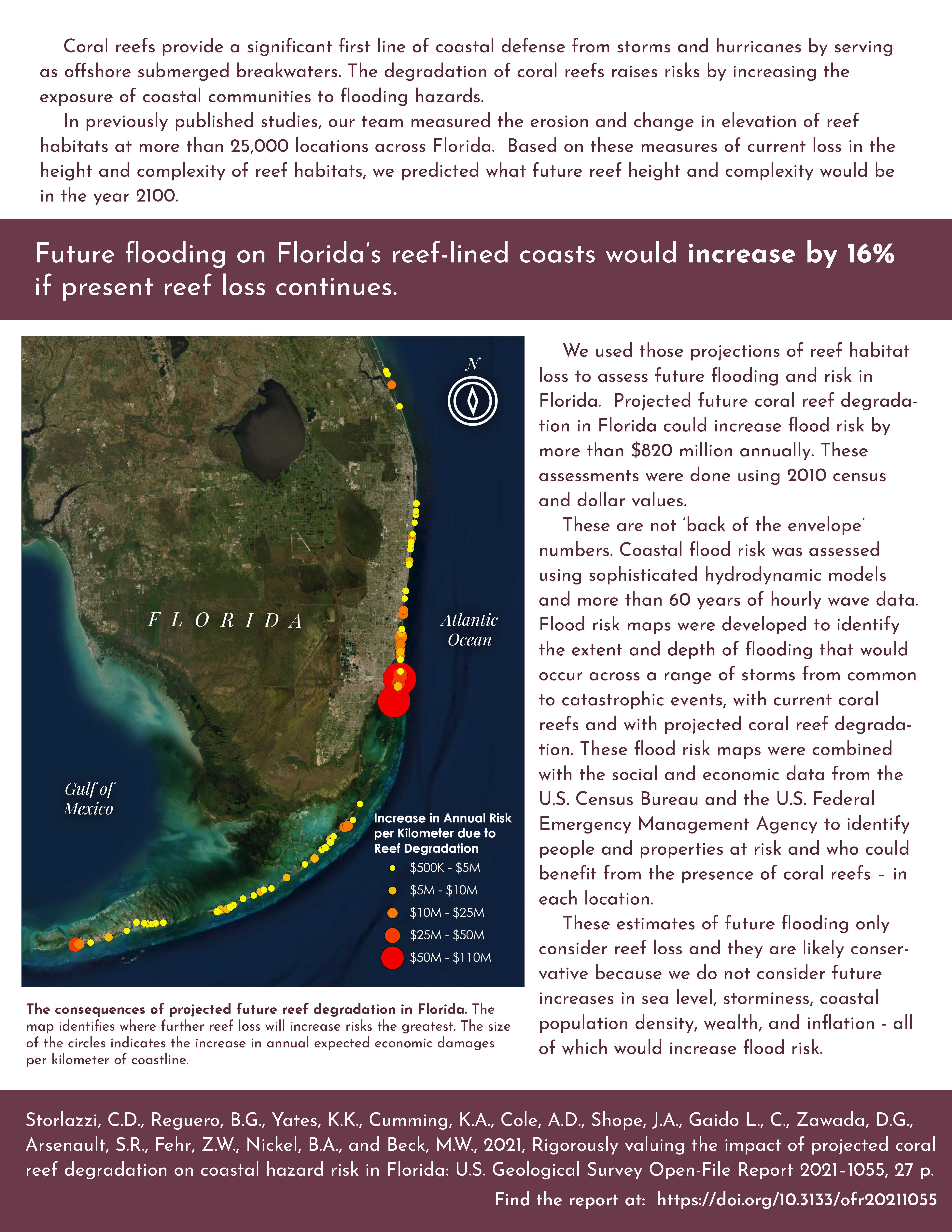 Coral reefs provide a significant first line of coastal defense from storms and hurricanes by serving as offshore submerged breakwaters. The degradation of coral reefs raises risks by increasing the exposure of coastal communities to flooding hazards.

We used those projections of reef habitat loss to assess future flooding and risk in Florida.  Projected future coral reef degradation in Florida could increase flood risk by more than $820 million annually. These assessments were done using 2010 census and dollar values.

These are not ‘back of the envelope’ numbers. Coastal flood risk was assessed using sophisticated hydrodynamic models and more than 60 years of hourly wave data. Flood risk maps were developed to identify the extent and depth of flooding that would occur across a range of storms from common to catastrophic events, with current coral reefs and with projected coral reef degradation. These flood risk maps were combined with the social and economic data from the U.S. Census Bureau and the U.S. Federal Emergency Management Agency to identify people and properties at risk and who could benefit from the presence of coral reefs – in each location.

These estimates of future flooding only consider reef loss and they are likely conservative because we do not consider future increases in sea level, storminess, coastal population density, wealth, and inflation - all of which would increase flood risk.

The consequences of projected future reef degradation in Florida.  The map identifies where further reef loss will increase risks the greatest. The size of the circles indicates the increase in annual expected economic damages per kilometer of coastline.