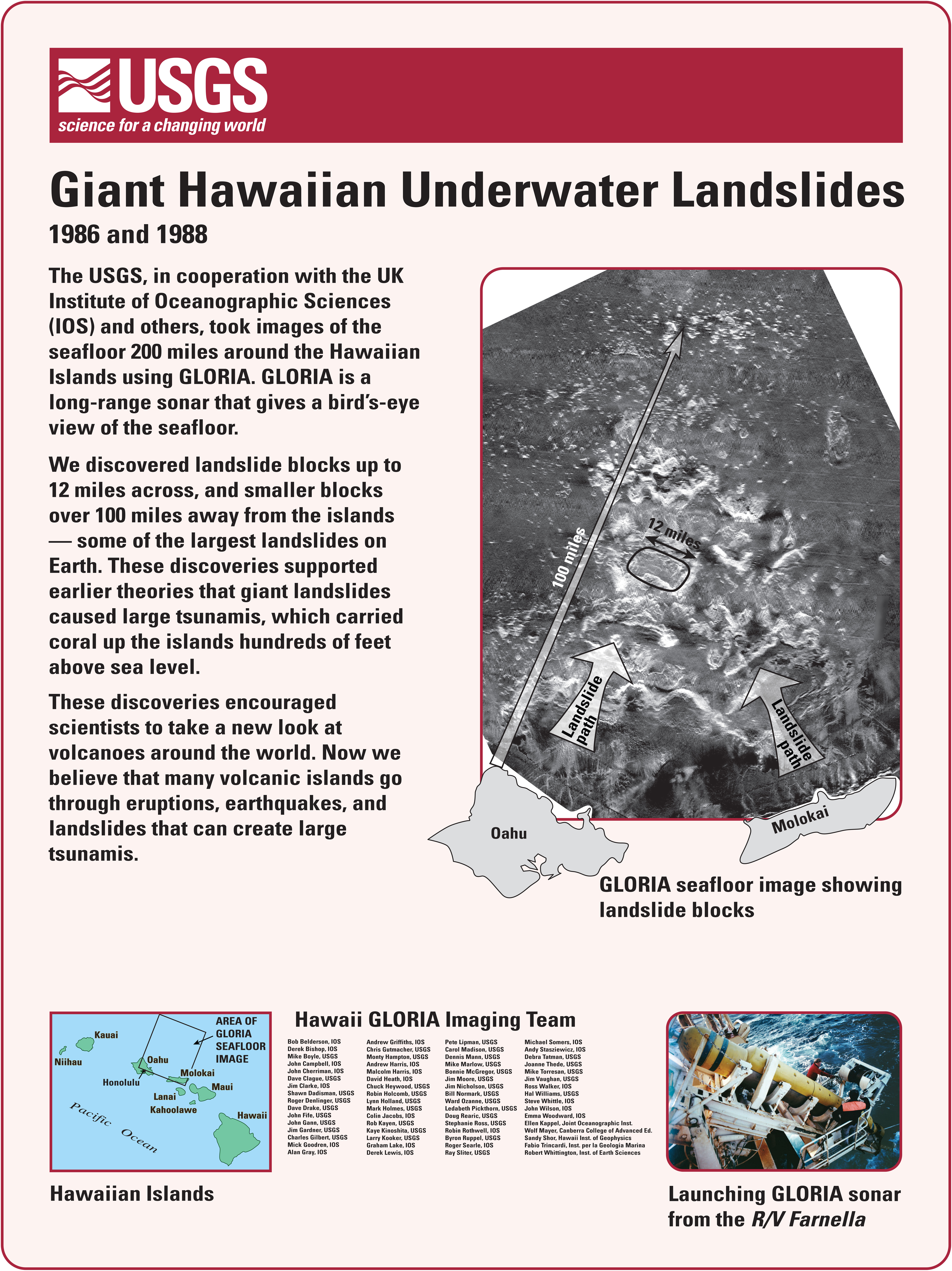 The USGS, in cooperation with the UK Institute of Oceanographic Sciences (IOS) and others, took images of the seafloor 200 miles around the Hawaiian Islands using GLORIA. GLORIA is a long-range sonar that gives a bird’s-eye view of the seafloor.

We discovered landslide blocks up to 12 miles across, and smaller blocks over 100 miles away from the islands — some of the largest landslides on Earth. These discoveries supported earlier theories that giant landslides caused large tsunamis, which carried coral up the islands hundreds of feet above sea level.

These discoveries encouraged scientists to take a new look at volcanoes around the world. Now we believe that many volcanic islands go through eruptions, earthquakes, and landslides that can create large tsunamis.