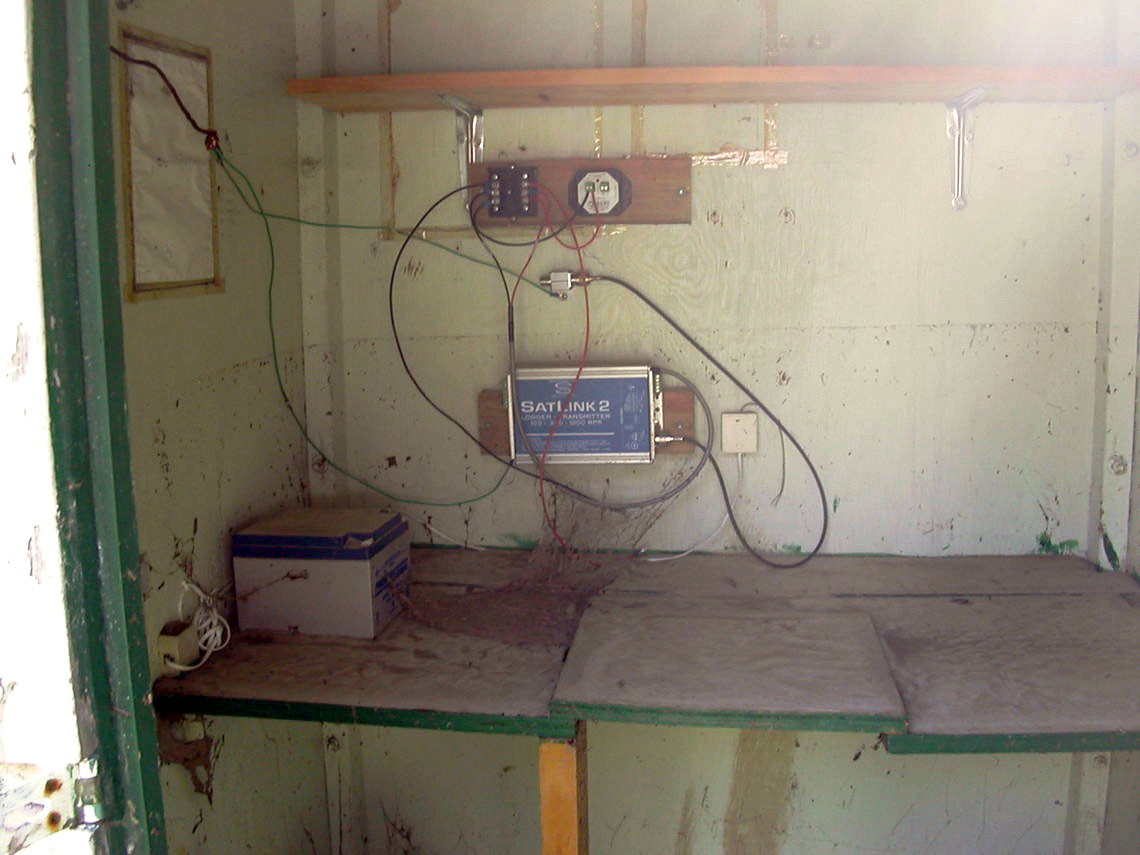 A High-Water Mark (HWM) at USGS station ID 01150900 Ottauquechee River at West Bridgewater, Vermont was observed at an undesirable location. It was inside the gage house and above the equipment, which was destroyed! Note the line of debris, known as a seed line, in between the two shelves, which was the peak of the river during Irene. The HWM was used to compute an indirect measurement of discharge. In this case, a contracted-opening measurement (flow through a bridge or other structure) resulted in 9,070 cubic feet per second of flow, or approximately 68,025 gallons of water passing in one second.