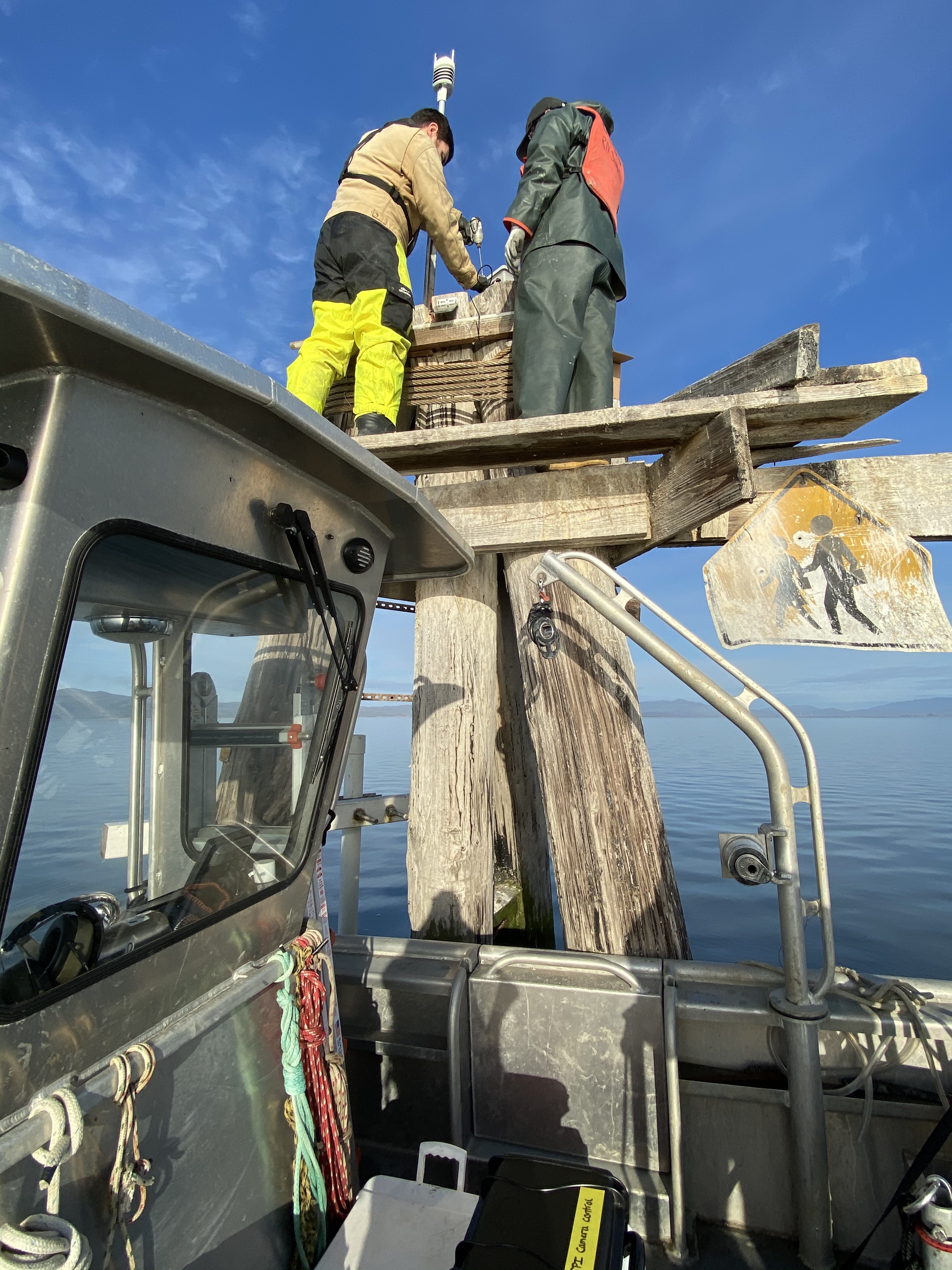 Pete Dal Ferro and Andrew Stevens, both from the USGS Pacific Coastal and Marine Science Center (PCMSC) in Santa Cruz, California, install a Vaisala WXT weather station in Grizzly Bay, east of San Pablo Bay and northeast of San Francisco. The weather station collects wind speed, temperature, air pressure, relative humidity, and rainfall, and data are transmitted to a web page in real time via a custom-built data logger and modem designed by PCMSC oceanographer Dan Nowacki. Other sensors installed in Grizzly and San Pablo Bays, collecting wave and current speed, water temperature, salinity, pressure, and more, can be used with data from this weather station to help gain a better understanding of the conditions that influence sediment movement through the Bays.

The weather station is installed on this structure which is called a "dolphin," in the middle of Grizzly Bay. Obviously, someone (not us!) long ago thought it woud be funny to install a "pedestrian crossing" sign!