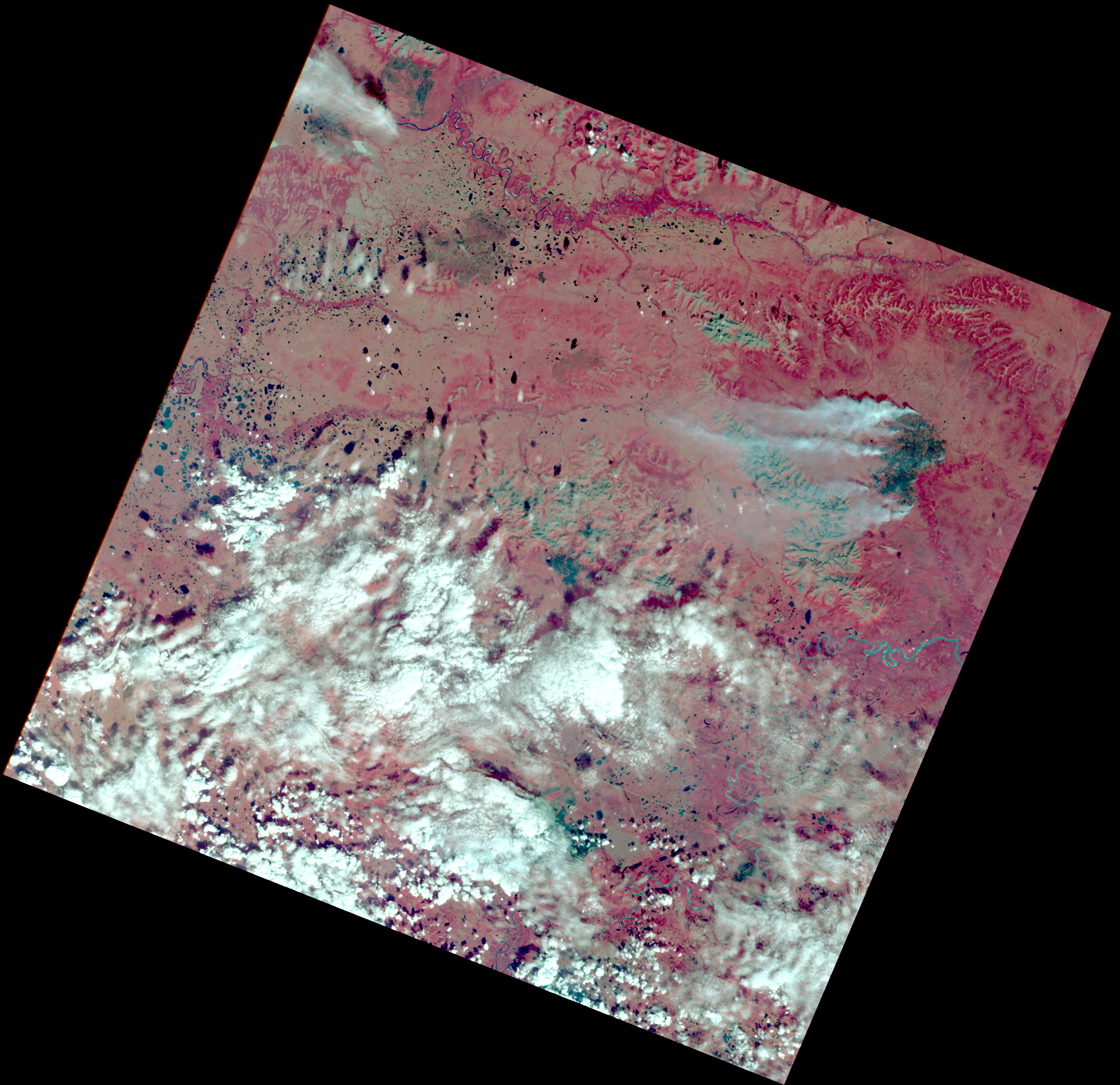 Within days of the launch, Landsat 1 acquired an image of an astounding 81,000-acre (327.8 square kilometers) fire burning in isolated, central Alaska. For the first time ever, scientists and resource management officials were able to see the full extent of damage from a fire in a single image while it was still burning.

Michelle A. Bouchard, based on Landsat 1 data from the USGS