On July 23, 1972, the Earth Resources Technology Satellite (ERTS-1) was launched into space onboard a Delta 900 rocket from Vandenberg Air Force Base, California. ERTS-1 was the first Earth-observing satellite launched to monitor and study our planet's landmasses. Also known as ERTS-A, the satellite was renamed Landsat 1 in 1975 and collected data until January 1978.

Landsat 1 data were acquired on the Worldwide Reference System-1 (WRS-1) path/row system, with swath overlap (or sidelap) varying from 14 percent at the Equator to a maximum of approximately 85 percent at 81 degrees north or south latitude.

Visit Landsat Data Access for information on accessing products created from data acquired by the sensors onboard the Landsat satellites.

The MSS sensors were line-scanning devices observing the Earth perpendicular to the orbital track. The cross-track scanning was accomplished by an oscillating mirror; six lines were scanned simultaneously in each of the four spectral bands for each mirror sweep. The forward motion of the satellite provided the along-track scan line progression. 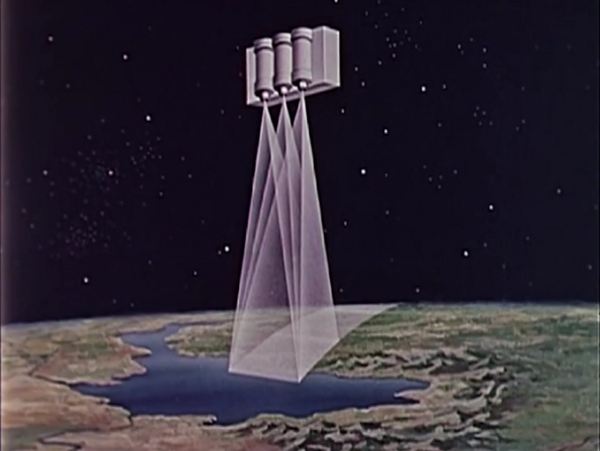 Since 1972, Landsat satellites have continuously acquired space-based images of the Earth’s land surface, providing data that serve as valuable resources for land use/land change research. The data are useful to a number of applications including forestry, agriculture, geology, regional planning, and education. Landsat is a joint effort of the U.S. Geological Survey (USGS) and the National Aeronau
By
Earth Resources Observation and Science Center, Earth Resources Observation and Science (EROS) Center
December 31, 1993

ERTS-1, a new window on our planet

The launch, on July 23, 1972, of the first Earth Resources Technology Satellite (ERTS-1) by the National Aeronautics and Space Administration was a major step forward in extending man 's ability to inventory the Earth 's resources and to evaluate objectively his impact upon the environment. ERTS spacecraft represent the first step in merging space and remote-sensing technologies into a system for
By
Earth Resources Observation and Science Center, Earth Resources Observation and Science (EROS) Center