Monitoring equipment in the ocean 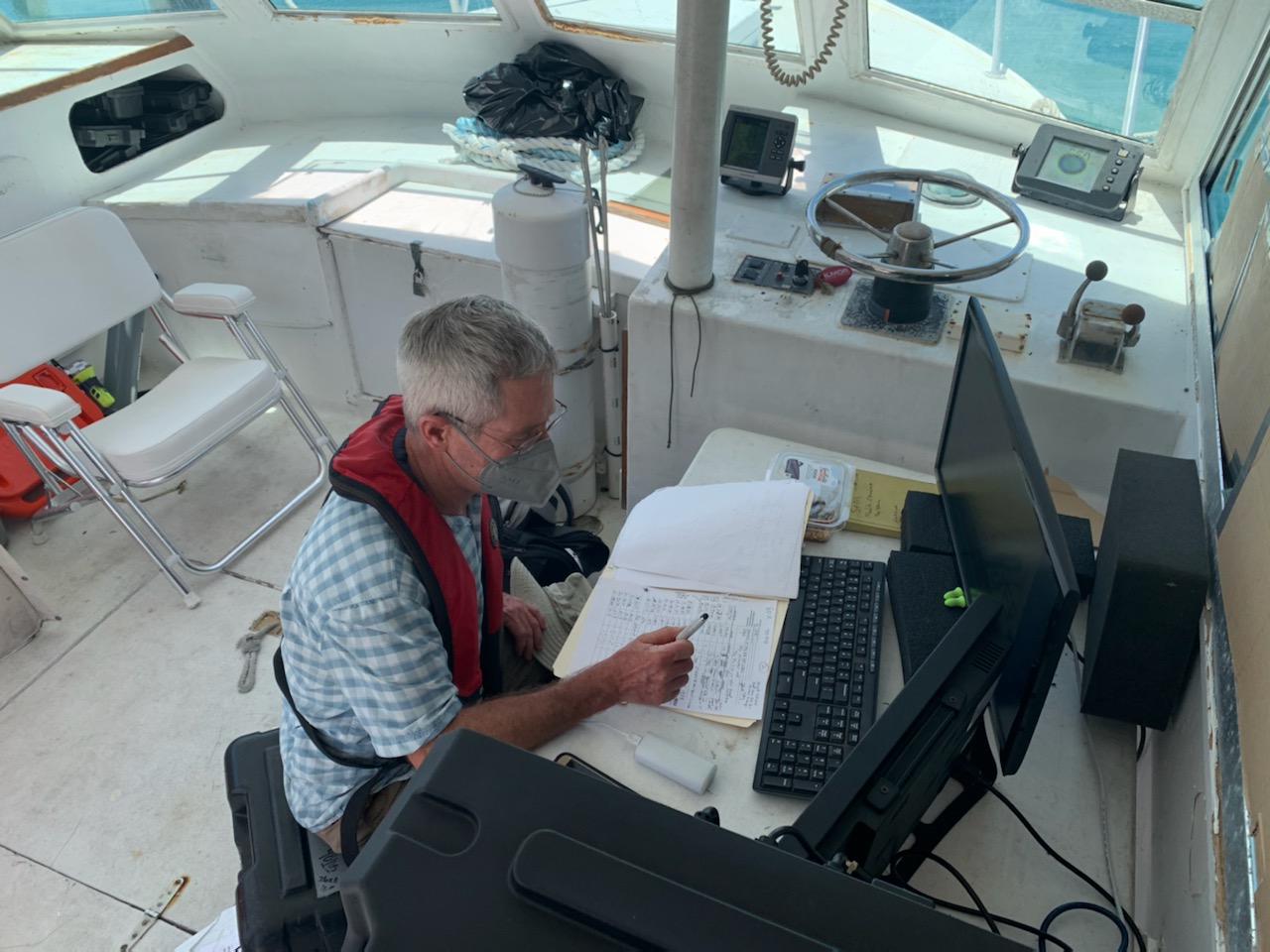 Ocean engineer Gerry Hatcher, of the USGS Pacific Coastal and Marine Science Center (PCMSC), sits at a desk on board the USGS boat Sallenger. He and a team of scientists from PCMSC and sister team St. Petersburg Coastal and Marine Science Center are near Eastern Dry Rocks reef off the coast of Key West National Wildlife Refuge in Florida. Gerry is keeping notes while the special camera system that he invented and developed is towed in the water.

The system is called “SQUID-5” (Structure-from-Motion Quantitative Underwater Imaging Device with 5 cameras). SQUID-5 is towed over an area of interest, in this case a coral reef ecosystem, to collect high-resolution georeferenced imagery that is used to make 3D maps of the seafloor.

These high-res maps allow the USGS to detect millimeter-scale changes in seafloor elevation and coral reef structure. This information can be used to help track the progress of restoration efforts being done by partners such as the NOAA Florida Keys National Marine Sanctuary over the next two decades.