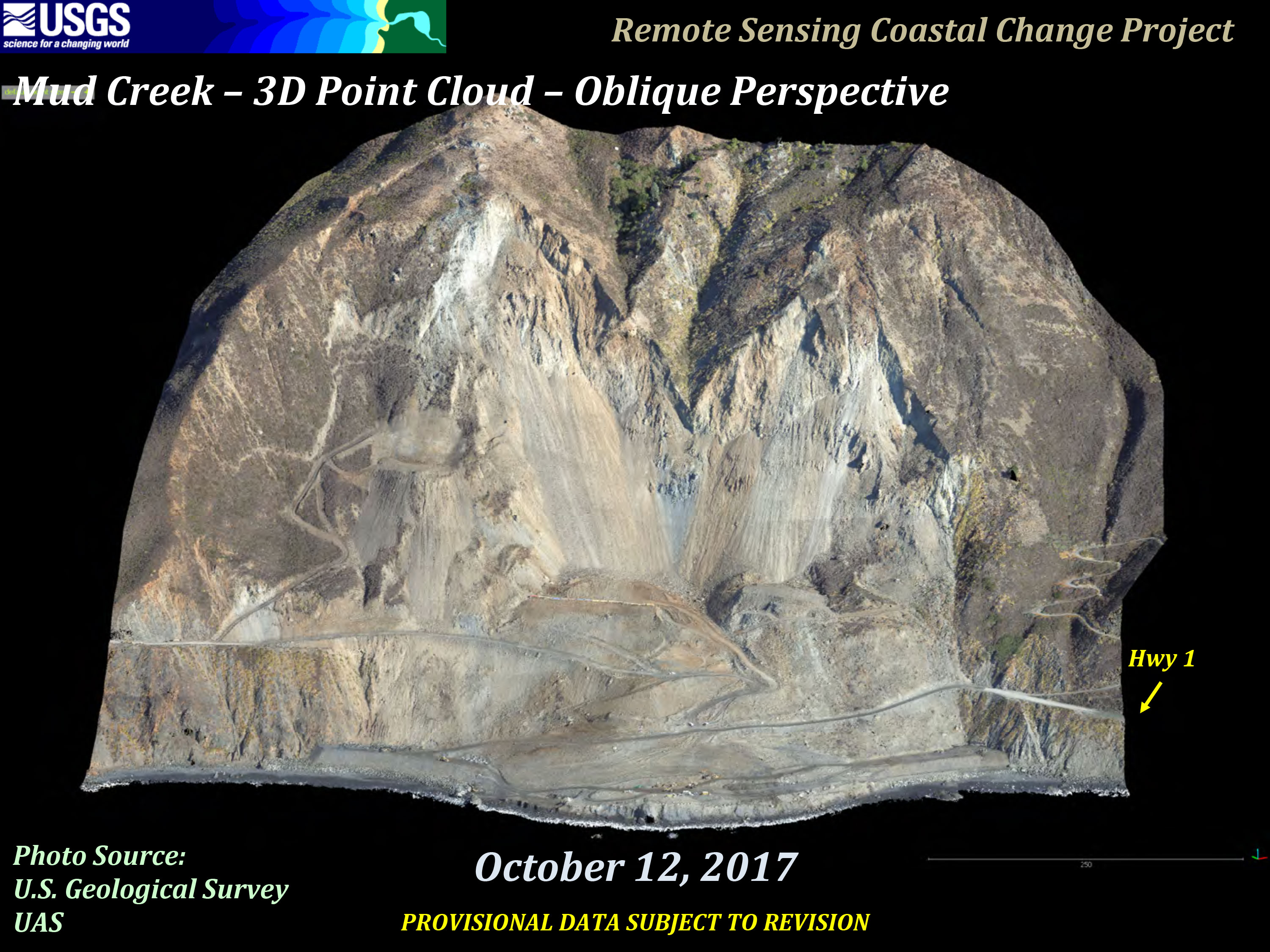 On October 12, 2017, USGS drones collected video footage of the Mud Creek landslide, which buried California State Highway 1 under a third-of-a-mile-wide mass of rock and dirt on May 20, 2017. USGS scientists have been monitoring the slide by transforming photos shot from an airplane into 3D maps. They applied the same software to the October 12 drone footage, producing detailed views of how the slide mass has changed. The scientists share their findings with the California Department of Transportation (Caltrans) to help that agency assess the slide and plan reconstruction of Highway 1. USGS will continue collecting drone footage of the Mud Creek landslide to supplement broader coverage provided by photos shot during airplane flights along the central California coast.