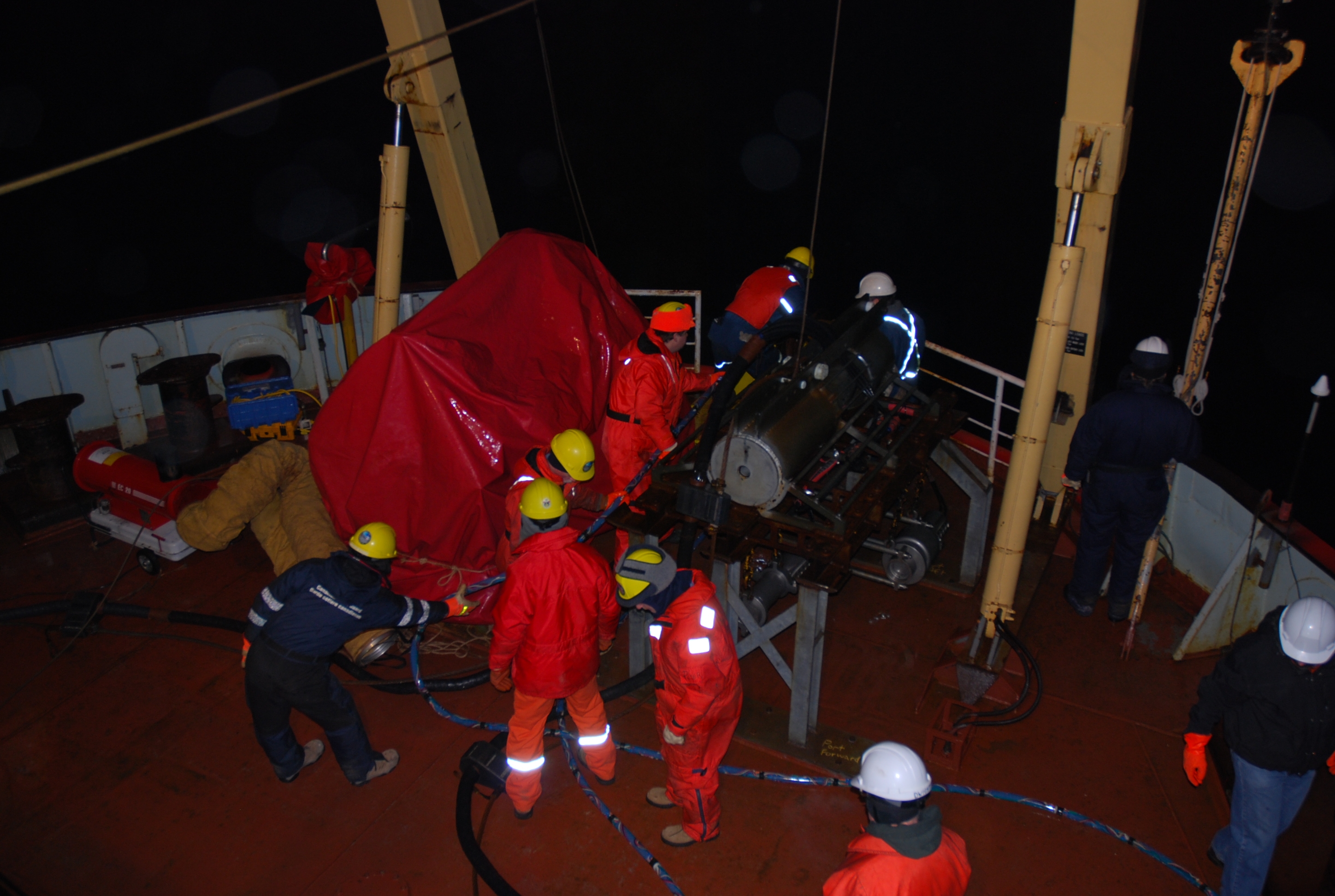 Looking astern, the airgun sled is in its cradle in the center of the photo.  The crew are manually recovering the multichannel streamer and beginning the large figure-8 shape of coiling it on deck. Work at sea occurs 24 hours a day.  In late September, there is ~12 hours of night, resulting in gear recovery at night. This was final recovery of gear at the end of the cruise.  The streamer is manually recovered by hand because it is faster than winch recovery and therefore less likely to get tangled in ice floes. It is transferred to the large winch drum for storage after recovery.  A large red tent with a heater covers the second airgun sled and keeps hose and gun temperatures above freezing and ready for deployment when needed.