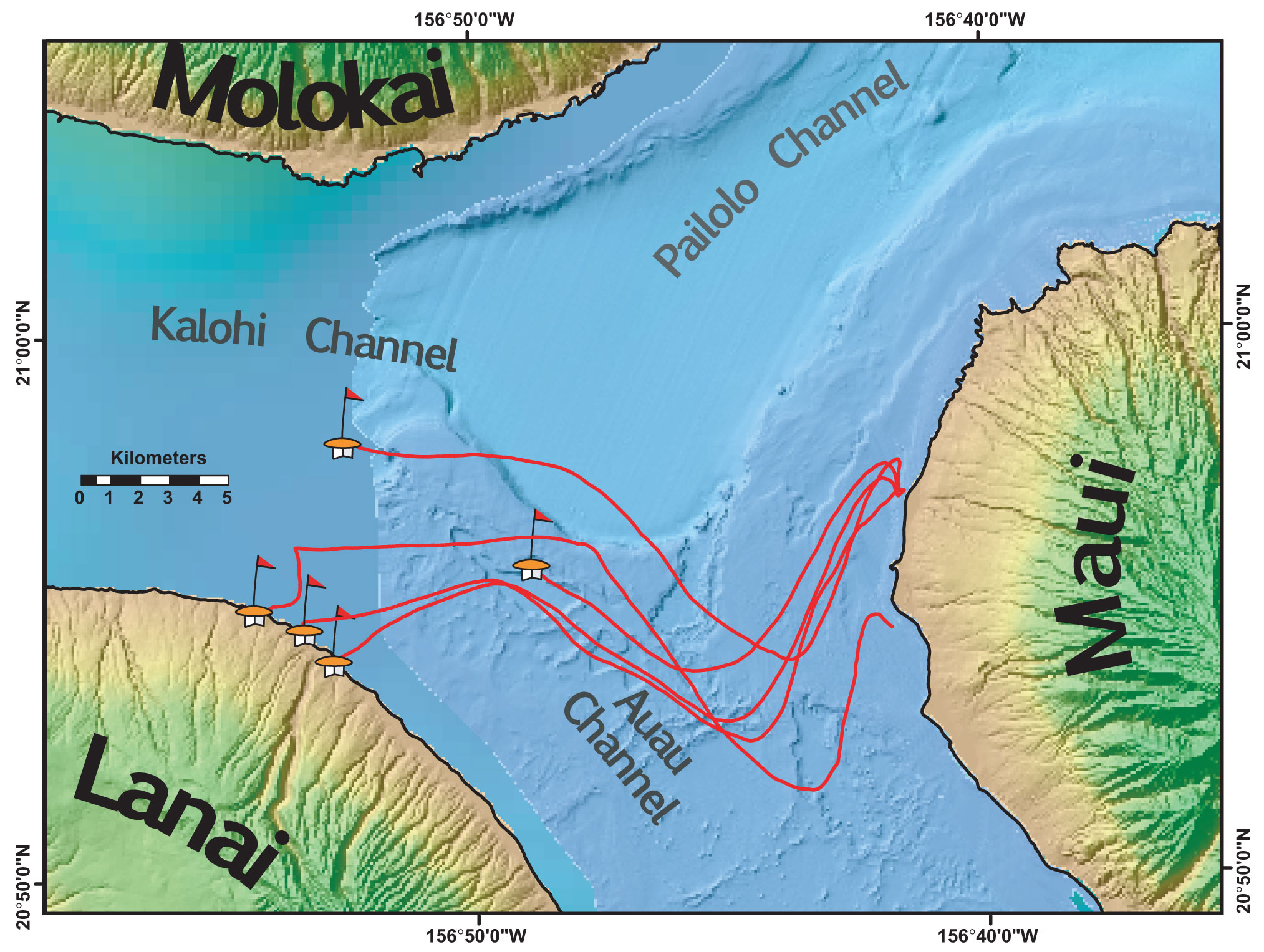 Map showing the paths that ocean current-following surface drifters deployed in coral larval slicks off west Maui traveled in 24 hours following their release during a coral spawning event. Such data suggests that the coral reefs off west-central Maui may provide coral larvae to the reefs off northeastern Lānaʻi.

The application of acoustic Doppler current profilers to measure the timing and patterns of coral larval dispersal
Abstract: An experiment was conducted along the reefs off west Maui, Hawaii, during the summer of 2003 to monitor the spawning of the reef-building coral Montipora capitata and to determine the role of ocean currents in dispersing the larvae from the natal reef. Instruments documented the environmental forcing during the coral spawning season; drifters were deployed on three successive nights following direct observations of coral spawning. Both the timing and relative magnitude of the coral spawning were identifiable in acoustic backscatter data and correlated to plankton tow data. Each drifter track showed that the surface water containing coral eggs and planula larvae were transported rapidly offshore and not locally retained. Wind and current patterns during the previous year and during subsequent coral spawning events later in the summer were similar to those observed during the drifter releases. This suggests that the trajectories observed during the focused experiment are representative of the general pattern of larval dispersal off west Maui. These findings demonstrate the application of acoustic profilers for remotely imaging coral spawning and predicting their initial dispersal patterns.