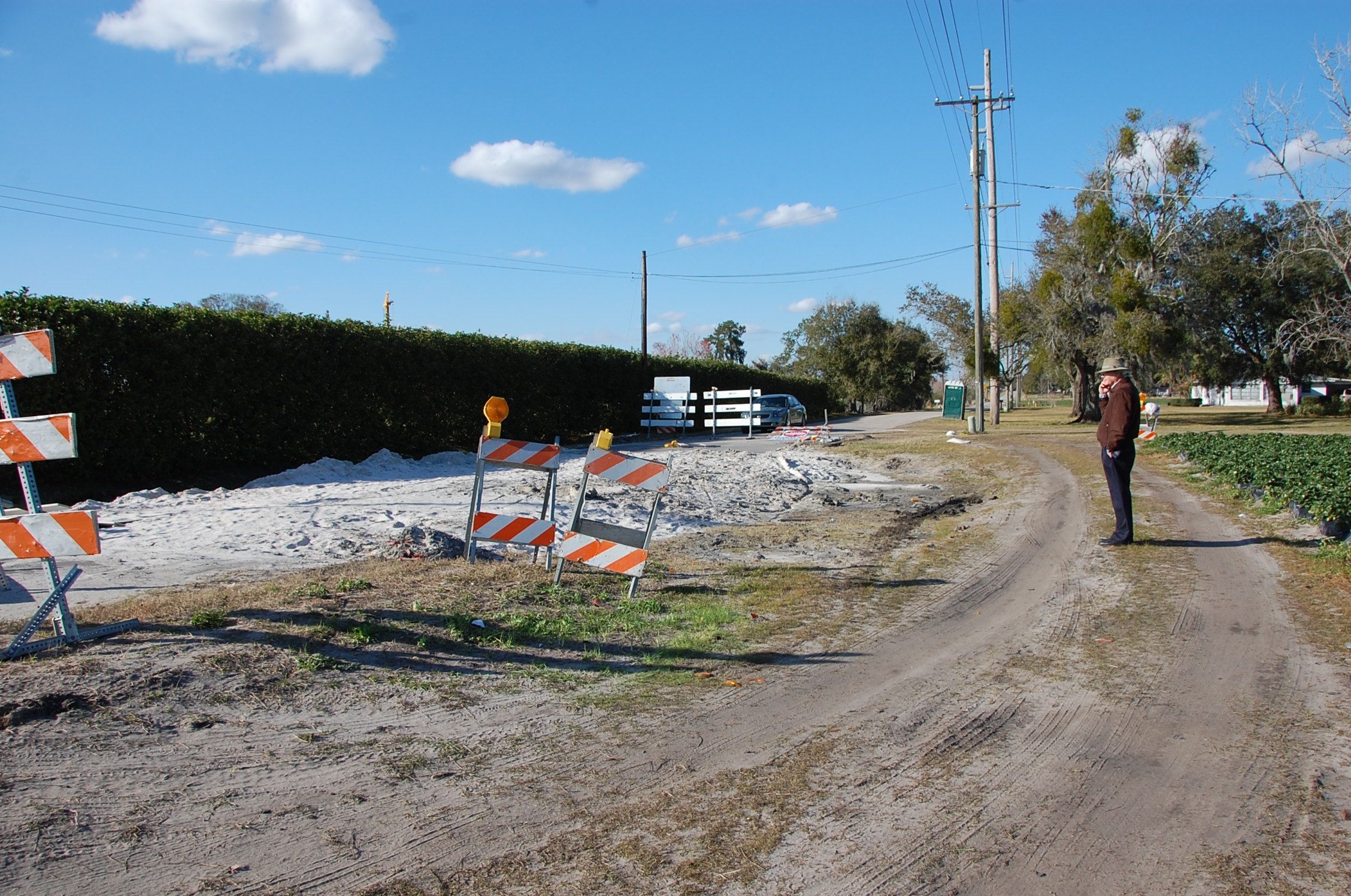 A sinkhole formed in a roadway caused traffic to detour around it while it is filled in, stabilized and repaved.

More than 110 sinkholes formed in the Dover area of Florida during a freeze event in January 2010. Ground water levels dropped to record-setting lows as farmers pumped water to irrigate their plants for protection from the cold temperatures. The sinkholes destroyed homes, roads and sections of cultivated areas.