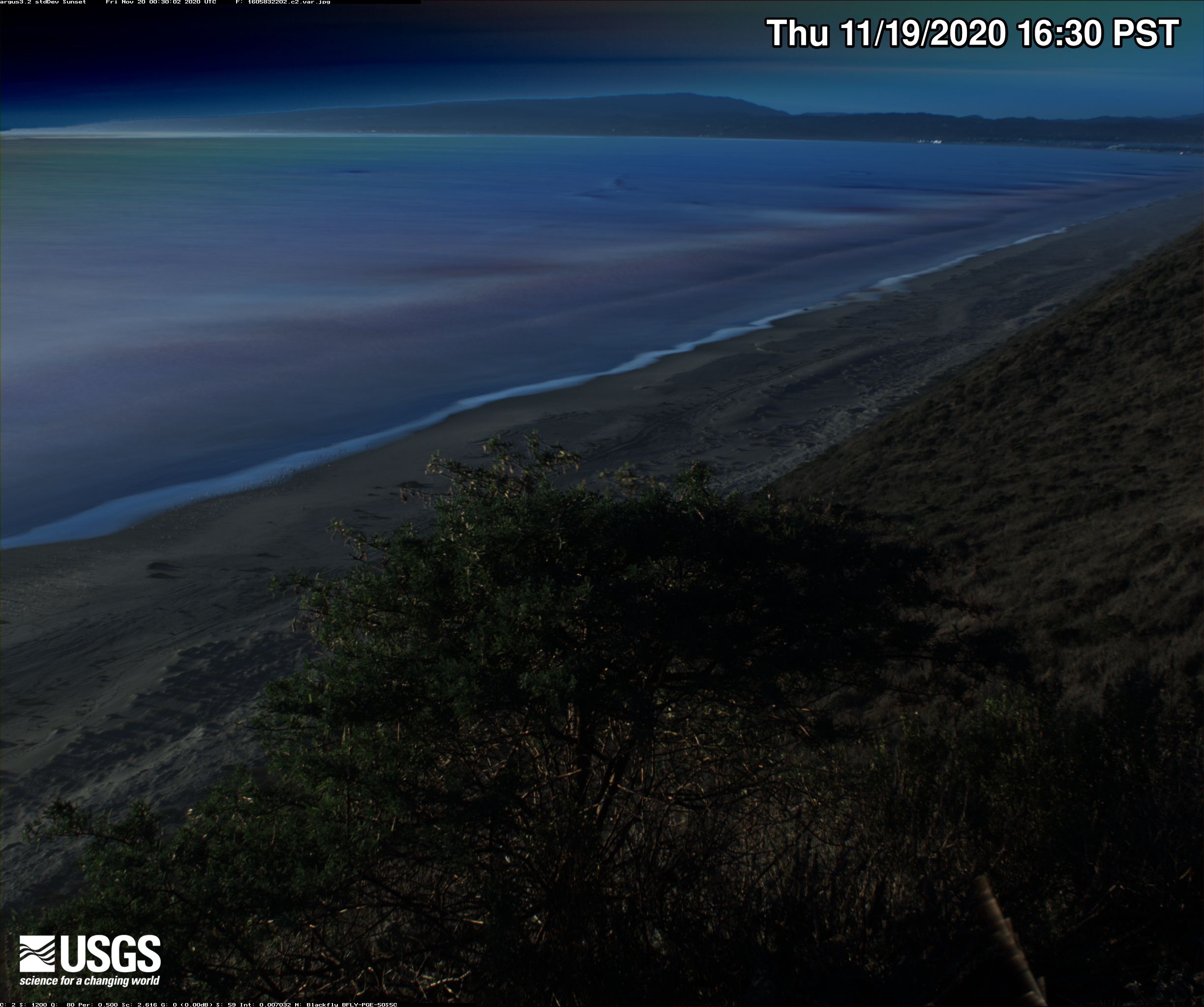 This is an image produced from one of two video cameras, which were installed to overlook the coast at Sunset State Beach in Watsonville, California. The cameras are part of the USGS Pacific Coastal and Marine Science Center’s Remote Sensing Coastal Change project.

Every half hour during daylight hours, the cameras shoot video for 10 minutes. The camera system then processes the imagery it collects, to produce visualizations that highlight or track different pixel changes that occur throughout the 10-minute window.

As an example of the imagery produced, this is a "variance" image from Camera 2, from November 19th, 2020. A “variance” image shows the standard deviation of pixel intensity throughout the video, and it is useful for determining how much variation or movement is occurring at a given location. A single image like this can show features that are not always obvious to the naked eye - like sandbar and rip-channel locations. Collecting such imagery over many months or a year or more enables researchers to see how these features change through time, and how big storms, king tides, and other extreme events influence and shape our coastal regions.

Visit the Camera 2 Variance image page (which changes every half hour during daylight hours), or the Sunset State Beach web cam page to view all 5 image types produced by each of the two cameras installed on the coastal bluff. See if you can detect how the beach and nearshore features vary (or don't vary!) between the current view and this view from 11/19/20.