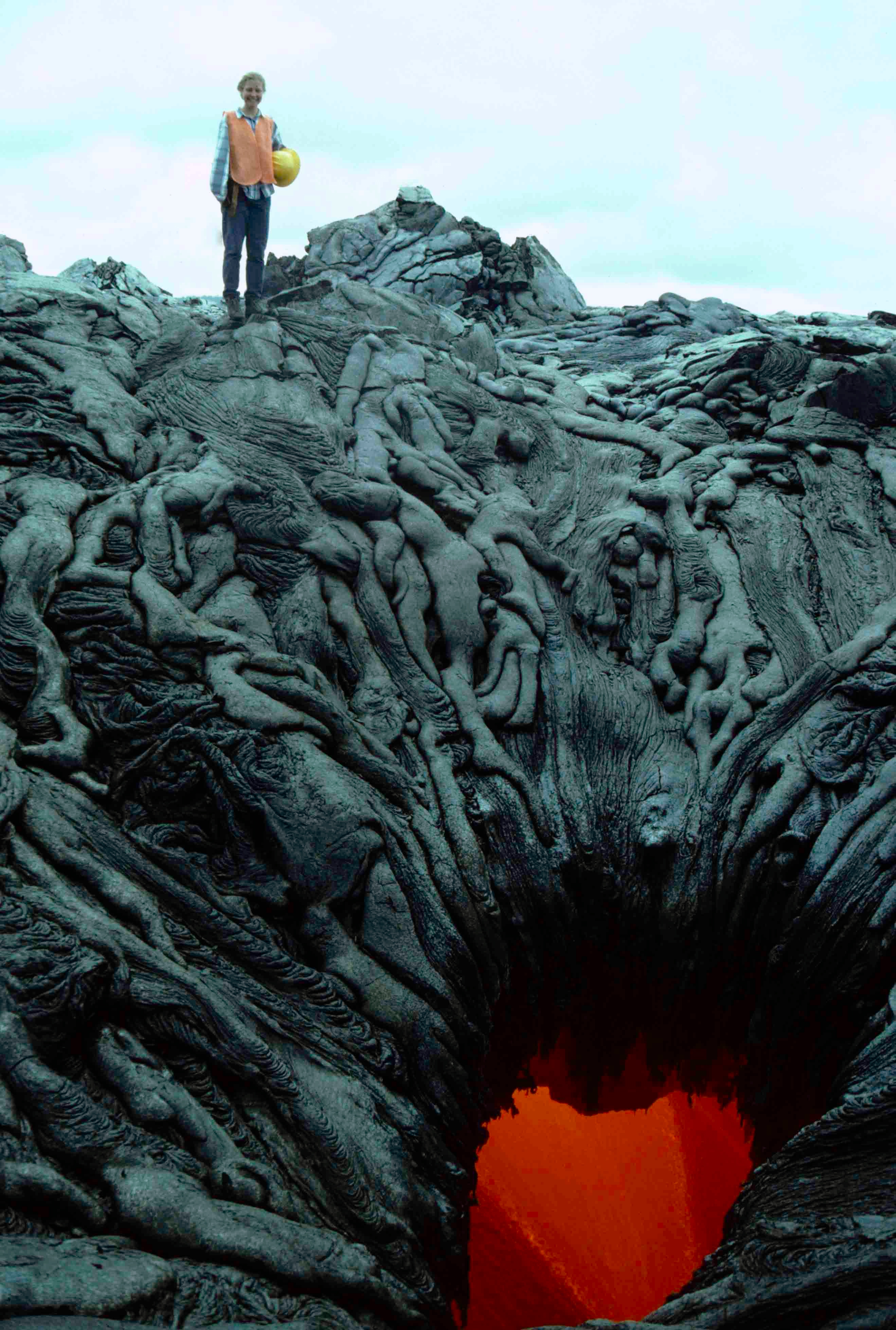 Subsequent flows have fed lava into the skylight. A stationary crust is formed on margins of the flowing lava within the tube at this location, probably due to the loss of heat through the skylight.