The U.S. Geological Survey was entrusted with the responsibility of mapping the Nation in 1879 and has been the primary civilian mapping agency of the United States ever since. This heritage was largely established by John Wesley Powell, second Director of the U.S. Geological Survey (1881 – 1894). In a visionary statement to Congress on December 5, 1884, he announced, “A Government cannot do any scientific work of more value to the people at large than by causing the construction of proper topographic maps of the country.”

From the 1880s until the advent of computers and geographic information system (GIS) software, topographic maps served as the essential instrument for the integration and analysis of place-based information. USGS mapping techniques evolved over the course of more than 130 years from field surveys through photogrammetry to computer-based and GIS analysis currently in widespread use. The topographic map remains an indispensable tool for everyday use in government, science, industry, land management planning, and recreation.

Powell’s understanding that more detailed mapping would be required by future generations eventually led to the national 7.5-minute, 1:24,000-scale topographic map series for which the USGS is known. From approximately 1947 to 1992, more than 55,000 7.5-minute maps were made to cover the 48 conterminous states. Similar maps at varying scales were produced during the same time period for Alaska, Hawaii, and US Territories. When this 7.5-minute series was declared complete in 1992, it was the only uniform map series that covered the United States in considerable detail. Map revision continued in decreasing quantities through the 1990s, with the last printed USGS topographic maps published in 2006.

Launched in 2009, US Topos combine the familiar look and feel of legacy paper USGS topographic maps with technological advances of the 21st century. US Topo maps offer consistent and complete coverage of the Nation, including Hawaii, Puerto Rico, the U.S. Virgin Islands, and Alaska (completed 2021). US Topos are refreshed using GIS data from The National Map and published as free geospatial PDF documents. Please visit US Topo: Maps for America for full details.

With the release of topoBuilder in early 2022, a third variety of USGS topographic map was born. This public application enables users to build USGS-style topographic maps with customizations such as off-grid area of interest or level of contour detail. These next-generation maps, known as OnDemand Topos, are produced upon request using the best available data from The National Map. Learn more at the topoBuilder landing page. 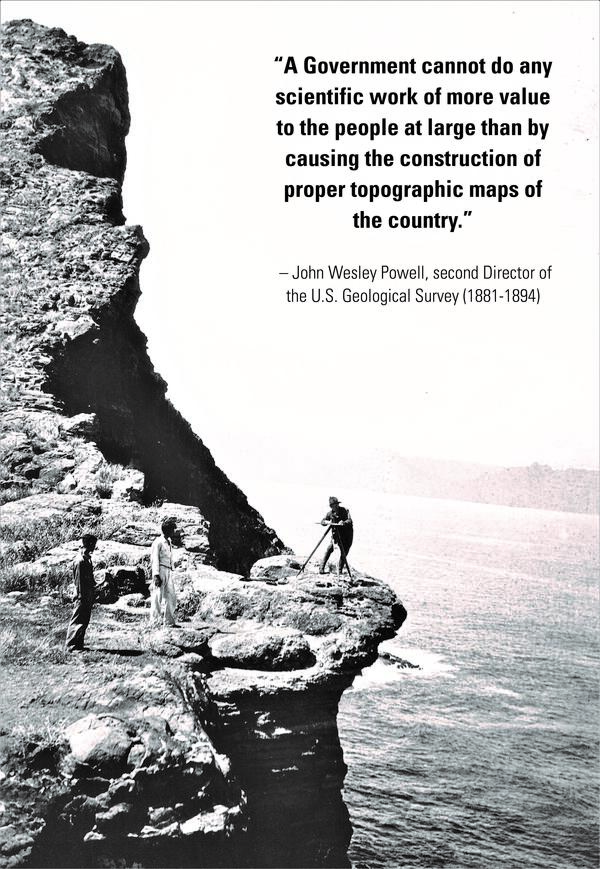