Forty-six years ago, there was a single Earth observation satellite circling the globe – Landsat 1.

By 1988, four countries operated such satellites. In 2018, there were 45 Earth observing satellites launched by September. Another 36 launches are planned this year.

The number of countries operating satellites? That’s swollen to 54.

The numbers alone point to a major takeaway from the recent Joint Agency Commercial Imagery Evaluation (JACIE) workshop in College Park, MD: The remote sensing industry is evolving at a more rapid clip than it has at any point in its history.

That point, however, begs at least two important questions: How can all that data be used in concert to improve our understanding of the Earth, and what can be done to make it reliable enough for scientific study?

The workshop’s answer to the second question was clear: Bootstrap the data to a highly-calibrated instrument like Landsat.

“I saw more use of Landsat as the gold standard of calibration than I’ve ever seen in the past,” said Greg Stensaas, manager of the Requirements, Capabilities and Analysis for Earth Observation (RCA-EO) project and JACIE coordinator for the Earth Resources Observation and Science (EROS) Center. “Most of the commercial vendors I heard from called out Landsat as the gold standard. Even the European vendors called out Landsat, which I thought was unique.”

As to the first question, it factored heavily into discussions at both the JACIE workshop and the EROS Calibration and Validation Center (ECCOE) workshop the following day, Stensaas said.

Both events took place shortly before the first National Imagery Summit, itself a gathering focused on insuring the access to and quality of high-resolution commercial imagery for federal agencies.

Stensaas pointed to panels with government and commercial leaders as a highlight of the JACIE workshop, one that featured discussions on integrating commercial products into the civilian government sector, on the licensing and sharing of commercial data obtained by government agencies, and on how government systems can offer their data more quickly and efficiently to users.

In a world where Earth observation data are available at a range of spatial resolutions at daily, weekly or monthly rates, Stensaas said, access and interoperability are crucial to leveraging ever-growing troves of data into meaningful and reliable science.

“There were lots of good examples of people trying to move down the path of tying these datasets together and then moving towards application use,” he said. “The focus was ‘How do you use the better temporal dataset to produce a better science product?’”

One application on the government side came from Stephen Volz, the Director of the National Oceanic and Atmospheric Administration (NOAA) Satellite and Information Service.

VIIRS offers twice-daily global coverage at 375-meter resolution; GOES-ABI images the conterminous United States every five minutes at a resolution of half a kilometer to two kilometers. A VIIRS scene might be tainted by clouds, but scenes captured by GOES in the hours that follow might not be. Volz demonstrated how NOAA creates a clear same-day scene by combining data from both sensors.

“Clouds move,” Jon said. “They can use the coarser resolution of GOES to clear the clouds. It allows us to get usable data that we’ve never had before.”

The ECCOE workshop dug even deeper into questions of interoperability. That event zeroed in on the potential interplay between large-scale heritage systems like Landsat and the European Space Agency (ESA) Sentinel and the rapidly-evolving smallsat systems, whose owners and operators work outside traditional design and testing time frames.

In many ways, the gulf between the operational models of smallsat and heritage satellites is vast. A five-year turnaround time on a new heritage satellite is common and expected, based on size and expense, as well as high expectations for reliability, calibration and operational lifespan.

Smallsats from a company like Planet Labs might go from concept to launch in six months, but they do so without room on their tiny chassis for the on-board hardware of a heritage satellite or the resources to perform the kind of sophisticated pre-launch calibration testing done at a site like NASA’s Goddard Space Flight Center.

A low-cost smallsat that fails to perform as expected can be redesigned and relaunched quickly, using space as its testing site and Landsat data as a calibration reference.

The differing approaches have different sets of challenges, but comparing and contrasting those systems and sharing information can create opportunities for data users, said ECCOE Director Dennis Helder.

“The idea was that we have two camps, two sets of capabilities, so let’s get them together to see what they can learn from one another and what we can do better,” said Dennis, who led the ECCOE workshop.

The ECCOE panel tackling those questions included representatives from the Landsat and Sentinel programs, experts with Planet Labs and Digital Globe, and two unaffiliated experts to offer an independent perspective on calibration and applications.

One of those panelists, Rasmus Houborg, talked about his work to create daily normalized difference vegetation index (NDVI) readings at 3-meter resolution by fusing Landsat and Planet Labs data. Houborg’s work pointed to the space that still exists between smallsat data as a consumer product and smallsat data as a source of scientific study. Offering science-level certainty requires cross-characterization and harmonization with a heritage instrument like Landsat’s Operational Land Imager (OLI).

“If we’re trying to estimate grain yields in Russia, then we need the radiometry right so we can say ‘here’s what the data are telling us,’” Dennis said. “If you want to count the cars in Walmart, you don’t need to get the radiometry right. You just need to know if there’s a car.”

Dennis asked panelists for a set of recommendations, which he intends to publish and share with the remote sensing community. The recommendations included sharing data from PIC sites, maintaining open access to heritage satellites as a reference source and sharing data from Planet Labs’ “Landsat Dove” smallsat, which includes interference filters designed to match those used in Landsat.

“A key aspect of every one of the workshops we do is publication, so that we have, in the peer-reviewed literature, recommendations moving forward,” Dennis said.

That publication will add to an ongoing and dynamic conversation on remote sensing and solidify the emerging themes within it. The need for highly-calibrated instruments such as Landsat and repetition of that idea throughout the JACIE workshop echo recent comments from Josef Aschbacher, the Director of Earth Observation Programs for the ESA.

During the week of the International Astronautical Congress (IAC) in Bremen, Germany, Aschbacher said in Geospatial World that Landsat and Sentinel compliment one another to offer highly-calibrated moderate resolution data with a faster repeat cycle. He also noted that offering the data freely and openly improves commercial sensors and bolsters both economic value and scientific study, and that combining data from large and small satellites is an area of untapped potential. 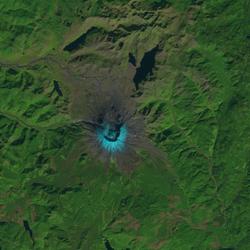