One of the key elements of the U.S. Geological Survey’s (USGS) bold new Land Change Monitoring, Assessment, and Projection (LCMAP) initiative is its potential to project how land cover across the country may change in the future.

Scientists at the USGS’ Earth Resources Observation and Science (EROS) Center already understand a lot about how landscapes have been transformed in the past. The Landsat satellite system has been informing that conversation for the last 47 years. Other land use records—some as far back as the 1800s—have also provided valuable land change information, said Terry Sohl, a research physical scientist at EROS and the point person on the projection part of LCMAP.

Annual agricultural census data, historical databases on reservoirs and military bases, maps of cities and towns as they have expanded and contracted, climate records, even government policy decisions—all have provided the kind of consistent data that have enabled Sohl and his team “to do a very good job of getting the amount of historical land cover change right,” he said.

Now the challenge is taking that success with the past and using it to project future land cover conditions.

Sohl is a good choice to lead that aspect of LCMAP. In 2006, he and others at EROS developed the FORE-SCE (FOREcasting SCEnarios of land-use change) model, using USGS land cover data and analysis to peer into the impact of what have primarily been agricultural land use decisions. Unlike other land cover mapping projects championed at EROS, such as the National Land Cover Database (NLCD) that details what is actually on the ground, Sohl’s group considers multiple possibilities for land use in the future, then models each scenario to see how they may influence everything from water quality to the local climate.

Among the remote sensing-based datasets Sohl and his team have used as historical land cover inputs to project potential change is NLCD. They also have relied on the Land Cover Trends project developed at EROS, which looks at land cover and land use change back to 1973, as well as the U.S. Department of Agriculture’s annual Cropland Data Layer.

In fact, using FORE-SCE, Sohl and the USGS even published a unique suite of modeled historical and projected land cover data back in 2014, complete with annual land cover maps for the conterminous United States from 1938 to 2100.

While widely useful for a variety of projects, Sohl acknowledges that multiple characteristics in that suite were not always optimal for some applications and could have been better. Here’s how LCMAP improves on that suite. A new generation of moderate-resolution land-cover projections are being generated with innovative tools that use Landsat Analysis-Ready Data (ARD) to provide an unmatched representation of historical and current landscape condition. Thematically, FORE-SCE land-cover projections now include NLCD’s detailed land-cover classes, as well as the most common crop classes by region. The new projections are also more spatially detailed, matching NLCD’s 30-meter pixel size.

At the same time, FORE-SCE takes a parcel-based modeling approach that ensures the fidelity of landscape patterns compared to older pixel-based methodologies. The response of both natural vegetation and anthropogenic land use to climate change and water availability is thus greatly improved, ensuring realistic representation of climate scenario impacts on landscapes.

“The advantage of having LCMAP as opposed to something like NLCD is the temporal side of things,” Sohl said. “Instead of getting the new data from NLCD every five years going back to 2001, we’ll be using annual land cover data with LCMAP all the way back to the 1980s.”

Those consistent annual land cover maps generated through LCMAP will improve what Sohl says has been a challenge in the past—providing the validation that users want to see on the accuracy of the modeling, That isn’t to say accuracy has been a problem. In fact, several years ago, after finishing their FORE-SCE modeling of land cover change and potential use from 1938 to 2100, Sohl said he paused to analyze just how much his work was being cited. They counted more than 500 such citations in published papers on everything from hydrologic applications to biodiversity, climate and weather, carbon and greenhouse gases.

Yet with LCMAP, the goal is to push that use even higher. To do so, Sohl and his team will be providing two products. One is a standard set of scenarios consistent with those produced by the Intergovernmental Panel on Climate Change, an international group created in 1988 by the World Meteorological Organization and the United Nations Environment Program to provide governments at all levels with scientific information they can use to develop climate policies.

The IPCC puts scenarios together and gives scientists common frameworks to use in investigating those scenarios, Sohl said. Elements within that framework include such things as energy use, economics, government policies, trade, and any number of other factors that can impact climate and land use.

“Because the IPCC scenarios are globally accepted and widely used, it makes sense for us to produce projections that are consistent with those IPCC scenarios,” Sohl said.

While he knows datasets consistent with the IPCC will and do get used, Sohl also understands that other people want different types of projections to use in their own custom applications. So, his team will offer modeling products for those situations as well.

All of that is an important part of an LCMAP initiative that will be a valuable tool for understanding landscapes and assessing what’s driving changes on those lands, LCMAP Lead Jess Brown at EROS said.

“Projection is what you do outside of the (satellite) record,” Brown said. “For the future, and for the much of the past, we don’t have sensors, so modeling is the only way to have some kind of knowledge about what we think might have happened or might be going on across the landscape. So, yes, it’s important.”

Sohl said an applications element to the projection side of LCMAP is vitally important. While their projections will focus mainly on water resources, ecosystem functions, and biological resources, they also need to be able to respond to the hot topics of the day, he said, whether those are priorities for USGS and the Department of the Interior (DOI), or on issues that are under-served and under-researched that they could assist.

“We don’t want to become a group that just produces projections, throws them on the Internet, and washes their hands of it and lets people go at it,” Sohl said. “We’re asking even now, ‘How can we go from being a data producer to actually producing actionable information that land managers or scientists or researchers can use?’ That’s what we want to do on the projection side.”

Certainly, they aren’t the only ones trying to do that. There are projection models across the globe that focus on urban change. Others look at carbon impacts from land use change. LCMAP obviously is geared toward land cover and land use change.

“I don’t want to make it sound like FORE-SCE is the only answer for projections in LCMAP,” Sohl said. “It actually behooves us to include other models if we can understand the strengths and weaknesses of each, and the uncertainties, and which model is best for what element.”

Still, he is excited about what his team brings to projecting the future of American landscapes through LCMAP. If anything, he said, it’s creating a collaborative spirit at EROS that is marrying the good in many different projects at the Center under the LCMAP banner.

“LCMAP is trying to do something bigger, trying to take individual projects here at EROS and link them all to the greater whole,” Sohl said. “That’s the opportunity of LCMAP, trying to go beyond even just the remote sensing to get into the assessments, the applications, and the projections to come up with one coherent one-stop shopping for land change science data information.” 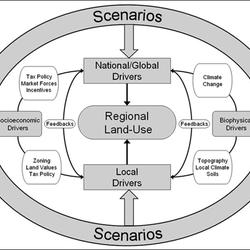 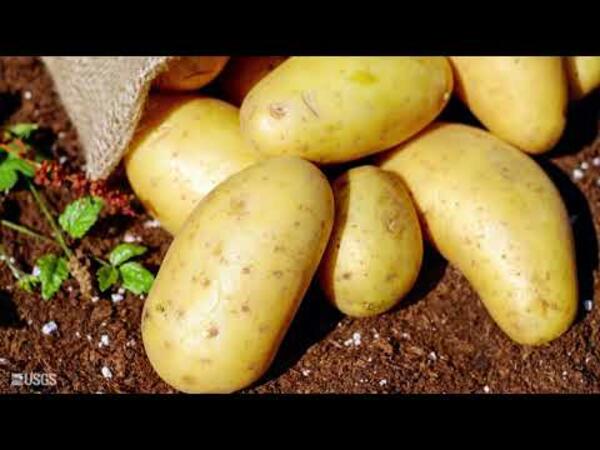