Now, fisheries scientists with the U.S. Geological Survey, Montana State University and the U.S. Fish and Wildlife Service have shown why, detailing for the first time the biological mechanism that has caused the long decline of pallid sturgeon in the Missouri River and led to its being placed on the endangered species list 25 years ago.

In a paper published this week in the journal Fisheries, the scientists show that oxygen-depleted dead zones between dams in the upper Missouri River are directly linked with the failure of endangered pallid sturgeon hatched embryos to survive to adulthood.

“This research is a notable breakthrough in identifying the reason why pallid sturgeon in the Missouri River have been declining for so many decades,” said Suzette Kimball, acting director of the USGS. “By pinpointing the biological mechanism responsible for the species’ decline, resource managers have vital information they can use as a focus of pallid sturgeon conservation.”

“We certainly think this is a significant finding in the story of why pallid sturgeon are failing to recruit in the upper Missouri River,” said Christopher Guy, the assistant unit leader with the USGS Montana Cooperative Fishery Research Unit and the MSU professor who was the lead author on the paper. “We’re basically talking about a living dinosaur that takes 20 years to reach sexual maturity and can live as long as the average human in the U.S. After millions of years of success, the pallid sturgeon population stumbled and now we know why. From a conservation perspective, this is a major breakthrough.”

The study is the first to make a direct link among dam-induced changes in riverine sediment transport, the subsequent effects of those changes on reduced oxygen levels and the survival of an endangered species, the pallid sturgeon.

“This research shows that the transition zone between the freely flowing river and reservoirs is an ecological sink – a dead zone – for pallid sturgeon,” Guy said. “Essentially, hatched sturgeon embryos die in the oxygen-depleted sediments in the transition zones.”

Guy said fisheries biologists long suspected that the Missouri River’s massive reservoirs were preventing hatched embryonic pallid sturgeon from surviving to the juvenile stage. But early attempts to tie the problem to low levels of dissolved oxygen were unsuccessful.

“The reason for that is we hadn’t sampled deep enough,” Guy said. “It wasn’t until we sampled water down at the bottom, where those sediments are being deposited, that we found there was no dissolved oxygen. Because hatched pallid sturgeon embryos are negatively buoyant, they tend to sink into that hostile environment.”

“The lack of oxygen is a function of high microbial activity in the sediment laden area,” said co-author Eric Scholl, a Ph.D. student at Montana State University and a co-author on the study.

Hilary Treanor, an MSU research associate working with Guy, said they were able to show just how hostile these transition zones between riverine environment and reservoir could be to hatched sturgeon embryos.

In experiments at the U.S. Fish and Wildlife Fish Technology Center in Bozeman with coauthors Molly Webb, Kevin Kappenman, and Jason Ilgen, Treanor said different aged hatched embryos were treated with water of varying levels of dissolved oxygen. The lowest level they could recreate – 1.5 milligrams of oxygen per liter of water – was still higher than samples pulled from the bottom at the upper end of Fort Peck Reservoir.

“We saw changes in their behavior fairly quickly. They became disoriented and weren’t able to move the way they should have,” Treanor said. “Within an hour we started to see mortality. By the end of the experiment they were all dead.”

In the past 5 years, researchers identified the most important reason for pallid sturgeon population declines in the Upper Missouri River: the lack of survival of naturally produced hatched sturgeon embryos.

Guy said this most recent study of sturgeon built on research conducted by USGS fisheries biologist Patrick Braaten, which demonstrated not enough available drift distance exists between the reservoirs for hatched pallid sturgeon embryos before entering the reservoirs in the upper Missouri River.

Before dams, hatched pallid sturgeon embryos would drift for hundreds of miles, eventually settling out of the river’s current in areas with low flow where they matured enough to negotiate the river’s flow.

“This team has shown how much we can do when we have a collaboration between MSU, USGS and world-renowned reproductive physiologists Molly Webb and Kevin Kappenman with the U.S. Fish and Wildlife Service,” Guy said. “In the process of doing this research, we’ve trained a dozen MSU graduate students and a number of undergraduate field and lab techs.”

Given what the new research shows about how no oxygen is available to hatched pallid sturgeon embryos, the authors of the paper propose that officials will need to consider innovative approaches to managing Missouri River reservoirs for pallid sturgeon conservation to have a chance. It also could provide some guiding principles for the construction of new dams around the world, Guy said. 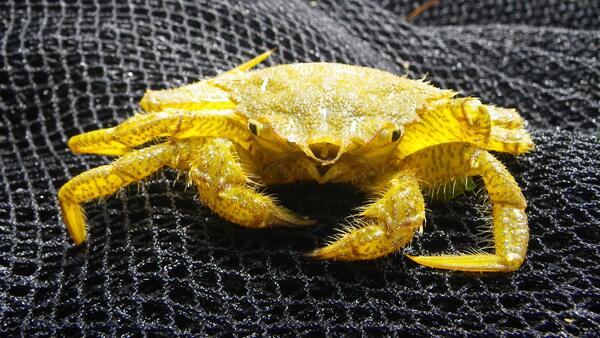 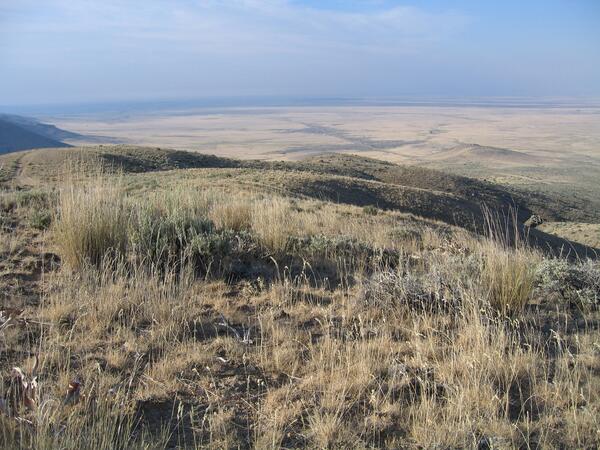