A new study documents the dramatic decline of most native forest birds on Kauai Island, with the implication that several species face extinction in coming decades if current rates of decline continue. Researchers believe recent rapid population declines are linked to increases in temperature and disease prevalence.

“The decline of the native bird community on Kauai is likely due to a climatic tipping point with temperatures reaching a level where disease can sweep across the range of these highly susceptible birds,” said Dr. Eben Paxton, lead author of the study and researcher with the U.S. Geological Survey.

On Kauai Island, researchers have conducted forest bird surveys at high elevation sites over the last 30 years to understand population changes over time. An analysis of the population trends indicate that six of eight native species are rapidly declining across their range, a seventh is declining at the edges of its range, and the eighth is already so rare that long-term trends are difficult to determine.

Introduced diseases, like avian malaria, are spread by mosquitoes and have decimated low-elevation populations of most native Hawaiian birds. At high elevations, temperatures have remained too cool for the mosquitoes to develop, providing a disease-free sanctuary for these sensitive birds.

Research by USGS scientists and collaborators conducted over the last 15 years has documented a significant increase in the prevalence of avian malaria in the upper elevation forests of Kauai linked to changes in climate, and ecological models forecast large declines in Kauai’s forest birds from rapid climatic changes in the coming decades. The rapid bird population declines documented in this new study indicate that it is likely that disease is invading Kauai’s mountain forests, and along with habitat degradation and non-native predators, can result in the collapse of these bird communities.

This new study highlights the immediate biodiversity crisis facing the birds of Kauai. With multiple extinctions predicted in the coming decades, the increasing threat of disease on Kauai and other Hawaiian Islands serves as a stark warning of the perils of globally warming temperatures to many species, especially those on islands.

“The best hope for saving these species from extinction is an immediate and multi-pronged effort to combat the threats of mosquito-borne diseases and introduced predators and to protect and restore these birds' habitat,” said Lisa Crampton, ecologist with the Hawaii Division of Forestry and Wildlife and the University of Hawai‘i at Mānoa.

The journal article “Collapsing avian community on a Hawaiian island” was published today in Science Advances with lead author Eben Paxton, Richard Camp and Marcos Gorresen of the Hawai‘i Cooperative Studies Unit at the University of Hawai‘i at Hilo, Lisa Crampton of Hawaii Division of Forestry and Wildlife and Pacific Cooperative Studies Unit at University of Hawai‘i Mānoa, David Leonard of the U.S. Fish and Wildlife Service (formerly with Hawaii Division of Forestry and Wildlife), and Eric VanderWerf of Pacific Rim Conservation. Funding for the study was provided by the State of Hawaii Department of Forest and Wildlife and the U.S. Fish and Wildlife Service State Wildlife Grant Program. 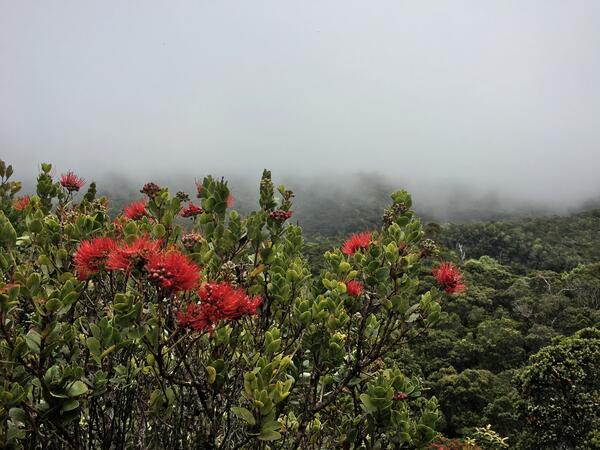 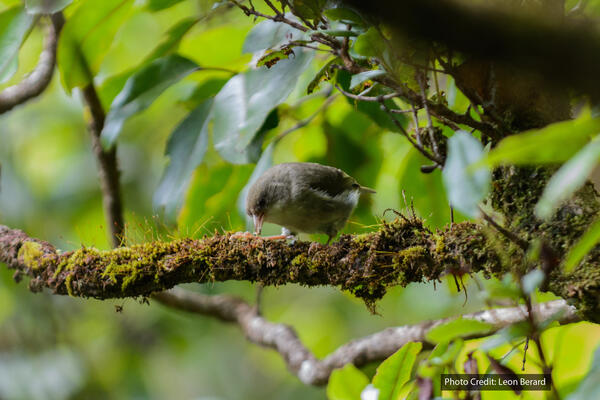 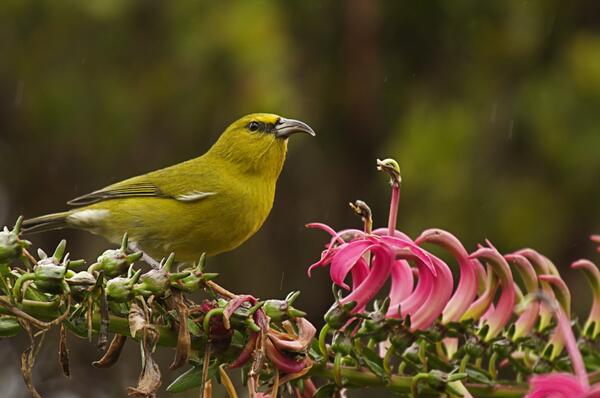 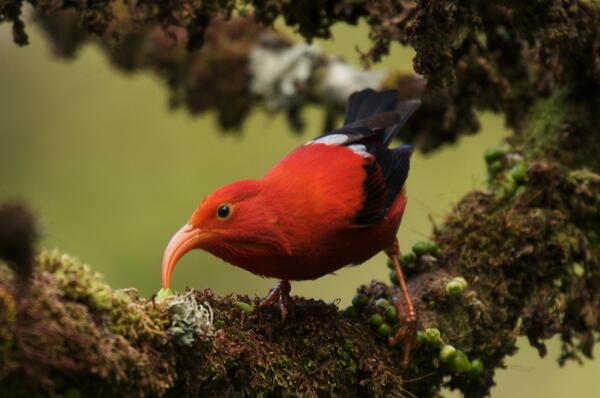