Using satellite imagery and sophisticated GPS instruments, Cascades Volcano Observatory geophysicists have detected a subtle increase in the rate of uplift of the ground surface about 3 miles (5 km) west of South Sister volcano, Oregon. Episodes of increased uplift have been observed in this area before, and the volcano’s alert level and color code remain at NORMAL / GREEN.

Data from satellite radar images show an uplift of about 0.9 inches or 2.2 cm (about the width of an adult’s thumb) occurred between the summer of 2020 and August 2021 across an area 12-mile (20-km) in diameter. GPS data from a volcano monitoring station near the center of uplift measured at least 0.2 inches (0.5 cm) of uplift since August 2021.

Additionally, seismologists observed brief bursts of small earthquakes in October 2021, December 2021, and January 2022. Most of these shallow earthquakes are too small to locate precisely; those located are inside the uplifted area.

Uplift occurred in the same general region in the mid-1990s. During the 25 years between 1995 and 2020, the area rose approximately 12 inches or 30 cm (the height of a 2-liter soda bottle) at its center. Although the current uplift rate is slower than the maximum rate measured in 1999-2000, it is distinctly faster than the rate observed for several years before 2020.

The uplift is attributed to small pulses of magma accumulating at roughly 4 miles (7 km) below the ground surface. While any magmatic intrusion could eventually lead to a volcanic eruption, an eruption would likely be preceded by detectable and more vigorous earthquakes, ground movement (deformation), and geochemical changes. In general, as magma moves upward during an intrusion, it causes continued or accelerated uplift, fractures rock to generate swarms of earthquakes, and releases significant amounts of volcanic gases, such as carbon dioxide. We do not detect any of these signs currently.

CVO scientists will closely monitor data in the coming months and issue further updates as warranted.

Read the complete Information Statement that was released January 31, 2022. 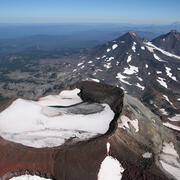 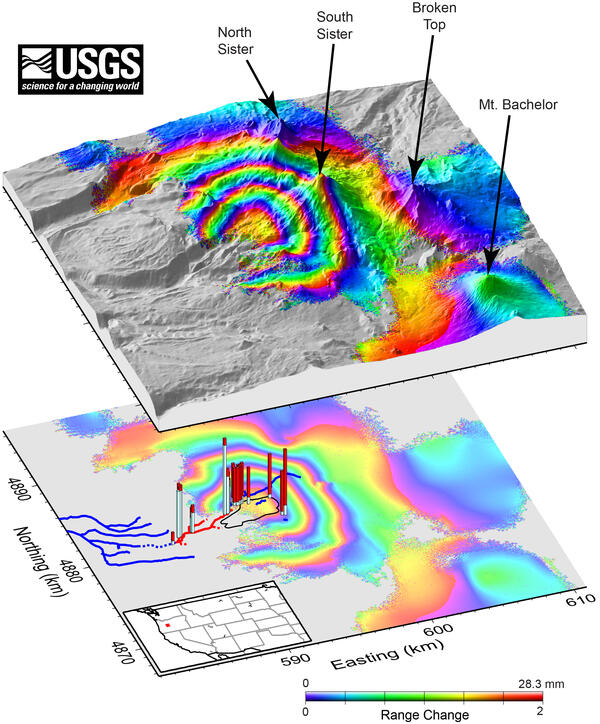