Geologic mapping is a highly interpretive, scientific process that can produce a range of map products for many different uses, including assessing ground-water quality and contamination risks; predicting earthquake, volcano, and landslide hazards; characterizing energy and mineral resources and their extraction costs; waste repository siting; land management and land-use planning; and general education.

The public has come to expect near-instantaneous delivery of relevant, understandable information via the Internet, which in turn has begun to affect the methods used in geologic mapping, as well as the nature of the product. Geologists are rapidly incorporating GIS and information technology (IT) techniques into the production and dissemination of geologic maps.

Geologic mapping is a highly interpretive, scientific process that can produce a range of map products for many different uses, including assessing ground-water quality and contamination risks; predicting earthquake, volcano, and landslide hazards; characterizing energy and mineral resources and their extraction costs; waste repository siting; land management and land-use planning; and general education. The value of geologic map information in public and private decision-making (such as for the siting of landfills and highways) has repeatedly been described anecdotally, and has been demonstrated in benefit-cost analyses to reduce uncertainty and, by extension, potential costs.

The geologic mapper strives to understand the composition and structure of geologic materials at the Earth's surface and at depth, and to depict observations and interpretations on maps using symbols and colors (Figure 1). Within the past 10 to 20 years, geographic information system (GIS) technology has begun to change aspects of geologic mapping by providing software tools that permit the geometry and characteristics of rock bodies and other geologic features (such as faults) to be electronically stored, displayed, queried, and analyzed in conjunction with a seemingly infinite variety of other data types.

For example, GIS can be used to spatially compare possible pollutant sources (such as oil wells) with nearby streams and geologic units that serve as ground-water supplies. In addition, GIS can be used to compare the position of a proposed road with the surrounding geology to identify areas of high excavation costs or unstable slopes. These comparisons have always been possible, but GIS greatly facilitates the analysis and, as a result, offers geologists the opportunity to provide information in map form that is easily interpreted and used by the nongeologist.

Geologists traditionally record in field notebooks their observations, including sketches, measurements (for example, the angle of tilted strata), and narratives. The validity of these observations remains; however, digital photographs now frequently supplement sketches, and instrumentation enhances measurement accuracy (for example, more precise locations are possible with a global positioning system instrument than with simple reference to position in relation to topographic and cultural features). Increasingly, field narratives are written and organized on a notebook computer or a personal digital assistant (PDA).

The development of field systems for recording and managing information has accelerated in the past 10 years. It is expected that the most useful systems will be widely adopted, thereby helping to standardize the techniques and formats for field observations. Increasingly, geologists not only are recording field observations but also are making field interpretations of the position of features such as geologic contacts and faults (that is, "drawing lines") using rudimentary GIS software on PDAs or notebook computers.

When recording observations, geologists use descriptive terms and rock names that are in common use or unique to an area. These terms are then synthesized and rewritten into formal map unit descriptions that are published with the map. With the advent of GIS and the ease with which digital maps can be obtained and queried, geologists are recognizing the importance of a well defined, standard terminology in order to help users, at a desktop computer or on the Internet, query simultaneously two maps made by different geologists. National and international efforts are now underway to define standard classifications for geologic information such as rock composition and texture. This standard language then can be used in the field or in the office to organize and interpret field observations. It is recognized that because of the many geologic terrains and geologic mapping agencies, and because of long historical usage of certain terms, multiple standard classifications will be necessary to accommodate regional variations in terminology. However, this system should function well, provided each classification is well defined and can be correlated with other classifications to ensure ease of translation from one format to another.

The main goal in many geological surveys no longer is to create a single geologic map but to create a database from which many types of geologic and engineering geology maps can be derived. This requires a database design or "data model" that is sufficiently robust to manage complex geologic concepts such as three dimensional (spatial) and temporal relations among map units, faults, and other features (Figure 2).

This is especially challenging because the software that manages these databases is not static but continues to evolve, thereby requiring an adaptable database design. Also, to permit the exchange of databases among agencies and users, either a common database design or a common interchange format is required. These design efforts are underway in North America and other parts of the world. As a consequence, geologists now are reevaluating how information is managed in the field, what kind of information is gathered and for what purpose, and the extent to which map information, once it has been created, can be updated to include new observations and interpretations.

Traditionally, once the geologist delivered a manuscript map to the cartographer, the job was finished. Map databases are meant to be maintained, and so a map can now be more accurately considered a progress report that can be updated. A critical aspect of the map database is the ability to manage the information and to preserve its integrity, for example, by migrating it to a new data format or structure or to a new standard terminology.

GIS and graphic design software have radically changed the techniques by which map information is published. Traditional film (peelcoat) technologies have been supplanted by digitally prepared negatives for offset printing of paper maps and by plot-on-demand approaches, which generate one map at a time upon request by users. Plot-on-demand is useful for producing customized, single-attribute maps (for example, showing only the shear strength of the geologic materials or the susceptibility of a groundwater supply to contamination). Digital cartographic techniques are evolving and becoming capable of producing sophisticated map layouts and products. It is anticipated that digital cartographers will be continually challenged to develop new techniques as software evolves and as geologists and users demand more complex and informative products.

In addition to the conventional venues for obtaining maps (such as bookstores and sales offices), GIS and the Internet have made it possible to reach and educate new and potential users of geologic maps. Maps and databases now are available on the Internet in a variety of formats. Some formats (for example, Adobe® Portable Document Format, or PDF) are designed for the visual display of a map and do not require specialized software, whereas other formats (for example, ArcInfoTM) are used by professionals with the appropriate software for the detailed analysis of a map database. To provide the public with access to such analyses without requiring them to purchase the software, numerous agencies are experimenting with software that permits users to view maps and to submit queries and view results within a Web browser. This technology is becoming increasingly widespread and should prove ever more useful as the following conditions are met:

New advances in mapping and preparation of map products made possible by advances in GIS and information technology have not altered the basic science of geology but offer new techniques for organizing, maintaining, and analyzing map data, and, potentially, for increasing its use by the public and by scientists. 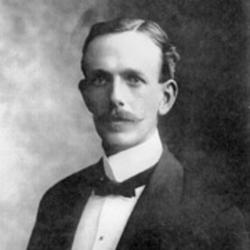 American scientist-explorers have been making geologic maps since before the Bureau's inception in 1879. Learn about some of the premier USGS geologists who, through their work, have done so much to shape our understanding of the geologic framework of the Nation.
link

American scientist-explorers have been making geologic maps since before the Bureau's inception in 1879. Learn about some of the premier USGS geologists who, through their work, have done so much to shape our understanding of the geologic framework of the Nation.
Learn More
link 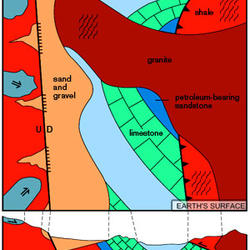 A Brief History of Geologic Mapping in the USGS

Since geologic maps were first constructed in the late 18th and early 19th centuries, they have played a fundamental role in understanding the history of the Earth and providing the information needed to solve practical land-use problems.

A Brief History of Geologic Mapping in the USGS

Since geologic maps were first constructed in the late 18th and early 19th centuries, they have played a fundamental role in understanding the history of the Earth and providing the information needed to solve practical land-use problems.