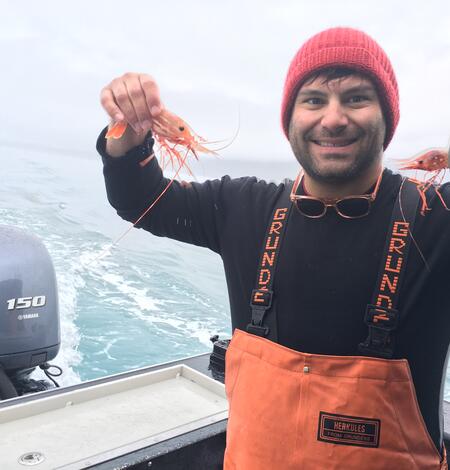 "What is a scientist after all? It is a curious man looking through a keyhole, the keyhole of nature, trying to know what’s going on."

My passion for exploring our watery world developed after learning to scuba dive as a young teenager. This passion quickly grew into a desire for exploring and understanding the unknown natural world, and after high school, prompted taking the next step into a career as a scientist. I graduated from Texas A&M University at Galveston in 2006 with a B.Sc. in Marine Science along with a minor in Chemistry. During that time I expanded my scuba knowledge and training with involvement in the scientific diving community, which led to furthering my path into science at Florida State University.

In 2009 I completed a M. Sc. in Chemical Oceanography at FSU. My primary research focused on modeling cave ventilation dynamics in karst environments and the impacts on speleothem chemistry and mineral precipitation. My secondary research projects looked into developing paleoclimate records based off speleothem trace element and isotope records and from sediment cores collected from local underwater caves. My research pro

I spent the first quarter of 2010 aboard the 274’ RV Thomas G Thompson as part of the Diapycnal and Isopycnal Mixing Experiment in the Southern Ocean II (DIMES) cruise based out of Punta Arenas, Chile. We investigated micro scale to large scale mixing patterns across the Southern Ocean.

In the winter of 2011 I began my foray into the private industry in environmental consulting, based out of Anchorage, AK. I worked on a range of projects, from environmental remediation to groundwater sampling and modeling at the largest proposed mining project in Alaska. My responsibilities also included deep (2000” +) groundwater well geophysical logging and core identification.

In 2013 I moved to Central New York and continued environmental consulting. I was primarily involved in groundwater sampling and modeling projects, but also ran an MNR (monitored natural remediation) project as part of a large remedial effort on a local lake system.

In 2015 I joined the USGS to serve as the NY-WSC field lead for the Edge of Field project, investigating nutrient and sediment runoff at the field-scale, to determine the effect of best management practices to reduce loading into priority watersheds.

Great Lakes Restoration Initiative edge-of-field monitoring focuses on identifying and reducing agricultural sources of excess nutrients which threaten the health of the Great Lakes. The USGS supports these efforts by utilizing edge-of-field monitoring to assess the quantity and quality of agricultural runoff and evaluate conservation practices that aim to reduce sediment and nutrient loss.
Learn More
link 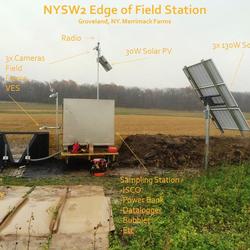 Problem: The Great Lakes Restoration Initiative (GLRI) was established to accelerate ecosystem restoration in the Great Lakes by confronting the most serious treats to the region, such as nonpoint source pollution, toxic sediments, and invasive species. Much of the effort associated with GLRI is being placed near the most impacted areas in the Great Lakes Basin. Priority Watersheds have been t
By
New York Water Science Center
link
March 14, 2016

Problem: The Great Lakes Restoration Initiative (GLRI) was established to accelerate ecosystem restoration in the Great Lakes by confronting the most serious treats to the region, such as nonpoint source pollution, toxic sediments, and invasive species. Much of the effort associated with GLRI is being placed near the most impacted areas in the Great Lakes Basin. Priority Watersheds have been t
Learn More
link
June 4, 2021

Field Photo Friday Winner for May 2021