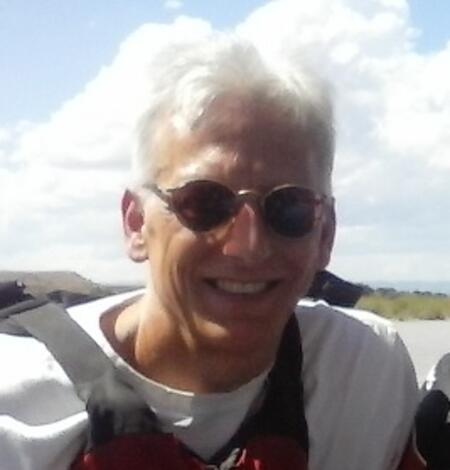 This report and associated dataset provide tabular county-level estimates of kilograms of nitrogen and phosphorus generated from two sources: (a) fertilizer from commercial sources and (b) livestock-based manure, for the period 1950 through 2017 for the conterminous United States. Datasets collected during this time span are for intervals of approximately 5 years that coincide with the U.S. Depart
By
Water Resources
March 27, 2020

Landscape drivers of dynamic change in water quality of US rivers

Water security is a top concern for social well-being and dramatic changes in the availability of freshwater have occurred as a result of human uses and landscape management. Elevated nutrient loading and perturbations to major ion composition have resulted from human activities and have degraded freshwater resources. This study addresses the emerging nature of stream water quality in the 21st ce
By
Water Resources, New Jersey Water Science Center
August 2, 2019

Regional patterns of anthropogenic influences on streams and rivers in the conterminous United States, from the early 1970s to 2012

This paper introduces a dataset containing consistent time-series measurements of anthropogenic activities potentially affecting stream quality across the conterminous United States and summarizes the most noteworthy trends from 61 variables in 16 categories. Data include measures of atmospheric deposition, agricultural production, livestock, urbanization, irrigation, land use, nutrients from fer
By
Water Resources
May 4, 2019

An approach is presented in this study to aid water-resource managers in characterizing streamflow alteration at ungauged rivers. Such approaches can be used to take advantage of the substantial amounts of biological data collected at ungauged rivers to evaluate the potential ecological consequences of altered streamflows. National-scale random forest statistical models are developed to predict th
By
Water Resources
July 11, 2013

The quality of our Nation’s waters--ecological health in the Nation's streams, 1993-2005

This report summarizes a national assessment of the ecological health of streams done by the U.S. Geological Survey's (USGS) National Water-Quality Assessment Program (NAWQA). Healthy functioning stream ecosystems provide society with many benefits, including water purification, flood control, nutrient recycling, waste decomposition, fisheries, and aesthetics. The value to society of many of these
By
Water Resources
October 24, 2012

Generation of a U.S. national urban land use product

Characterization of urban land uses is essential for many applications. However, differentiating among thematically-detailed urban land uses (residential, commercial, industrial, institutional, recreational, etc.) over broad areas is challenging, in part because image-based solutions are not ideal for establishing the contextual basis for identifying economic function and use. At present no curren
By
Water Resources, Earth Resources Observation and Science Center, Earth Resources Observation and Science (EROS) Center
October 24, 2012

Generation of a U.S. national urban land use product

Characterization of urban land uses is essential for many applications. However, differentiating among thematically-detailed urban land uses (residential, commercial, industrial, institutional, recreational, etc.) over broad areas is challenging, in part because image-based solutions are not ideal for establishing the contextual basis for identifying economic function and use. At present no curren
By
Water Resources, Earth Resources Observation and Science Center, Earth Resources Observation and Science (EROS) Center
January 1, 2011

This dataset, termed "GAGES II", an acronym for Geospatial Attributes of Gages for Evaluating Streamflow, version II, provides geospatial data and classifications for 9,322 stream gages maintained by the U.S. Geological Survey (USGS). It is an update to the original GAGES, which was published as a Data Paper on the journal Ecology's website (Falcone and others, 2010b) in 2010. The GAGES II dataset
By
Groundwater and Streamflow Information Program
Filter Total Items: 23
December 2, 2021

Water-quality and streamflow datasets used in Weighted Regressions on Time, Discharge, and Season (WRTDS) models to determine trends in the Nation’s rivers and streams, 1972-2017

In 1991, the U.S. Geological Survey (USGS) began a study of more than 50 major river basins across the Nation as part of the National Water-Quality Assessment (NAWQA) project. One of the major goals of the NAWQA project was to determine how river water quality has changed over time. To support that goal, long-term consistent and comparable monitoring has been conducted by the USGS on streams and r
By
Central Midwest Water Science Center
November 16, 2021

Nutrient balances, river loads, and a counterfactual analysis to determine drivers of Mississippi River nitrogen and phosphorus loads between 1975 and 2017

Water Level Altitude in Bedrock Wells and Meteorological Data at the Masser Groundwater Recharge Site between February 1 and December 31, 1999

This product contains time-series data for groundwater level altitudes in bedrock boreholes and meteorological information from a site administered by the U.S. Department of Agriculture (USDA), Agricultural Research Service (ARS). The site, referred to as the Masser Groundwater Recharge Site, is located in the Valley and Ridge Physiographic Province of eastern-central Pennsylvania, USA, approximat
May 20, 2021

This dataset consists of a series of 1-kilometer rasters which provide a mapping of the estimated use of 101 agricultural pesticide compounds for the conterminous United States. Each compound is mapped annually for the years 2013 through 2017, thus there are 505 rasters posted (101 compounds x 5 years). The datasets were created by taking previously-published county-level estimates of kilograms of
By
Water Resources
December 17, 2020

This product provides tabular estimates of kilograms of nitrogen and phosphorus from a) fertilizer, and b) manure, for counties in the conterminous United States for the period 1950-2017. Data are generated for approximate five-year periods over the time, coinciding with U.S. Department of Agriculture Census of Agriculture census years. This data release also includes a model archive suitable for
July 9, 2020

This product provides tabular data from the U.S. Department of Agriculture (USDA) Census of Agriculture for selected items for the period 1950-2017 for counties in the conterminous United States. Data from 1950-2012 are taken from LaMotte (2015) and 2017 data are retrieved from the USDA QuickStats online tool. Data which are withheld in the Census of Agriculture are filled with estimates. The data
By
Water Resources
March 3, 2020

This dataset consists of a national 30-meter raster which classifies pixels representing water from the National Land Cover Database 2016 (NLCD 2016) according to their estimated velocity regime. At the broadest classification, the data are mapped into two groups: "Lentic", representing water bodies such as lakes, ponds, oceans, and bays, and "Lotic", representing flowing water, such as streams, r
December 23, 2019

Jointly managed by multiple states and the federal government, there are many ongoing efforts to characterize and understand water quality in the Delaware River Basin (DRB). Many State, Federal and non-profit organizations have collected surface-water-quality samples across the DRB for decades and many of these data are available through the National Water Quality Monitoring Council's Water Qualit
By
Water Resources
July 5, 2019

This product consists of a table of annual discharge estimates in millions of gallons per day from wastewater treatment plants (WWTPs) for 1,518 watersheds in the conterminous United States. The data are based on information extracted from the U.S. Environmental Protection Agency's Clean Watersheds Needs Survey. The data are for 13 time periods, beginning in 1978 and ending in 2012. Total nitrogen
April 3, 2019

Parking lots may be a significant source of pollution. Oil, sediments, and heavy metals may accumulate on their surface, then be flushed into rivers, streams, and lakes via rainfall. At present no dataset provides a mapping or estimation of parking lot area or locations nationwide. This product consists of a time series of five national 60-meter raster datasets which estimate the proportion of eac
By
National Water Quality Program
October 29, 2018

Changes in anthropogenic influences on streams and rivers in the conterminous U.S. over the last 40 years, derived for 16 data themes

This product consists of time-series calculations of anthropogenic characteristics derived for 16 data themes for multiple scales covering the conterminous United States. The characteristics are those which (a) have consistent data sources, and (b) have the potential to affect the water quality of streams and rivers. All 16 data themes are provided for Hydrologic Unit Code level-10 (HUC-10) bounda
By
Water Resources, National Water Quality Program
August 28, 2018

Annual estimates of road salt application were developed for the conterminous United States for the calendar years 1992 through 2015. The final estimates (in pounds) were derived from several data sources, which include road density and proportion of developed land use, depth and spatial extent of long-term snowfall, and the production and distribution of salt sources by state. The extent is the c
By
Water Resources, National Water Quality Program
link
May 8, 2019

Parking lots may be a significant source of pollution, but up until now there has been no quantitative estimate of the areal extent of parking lots in...

Some of the major human influences on water quality, in particular the ways we use land, water, and chemicals, have undergone dramatic changes over...