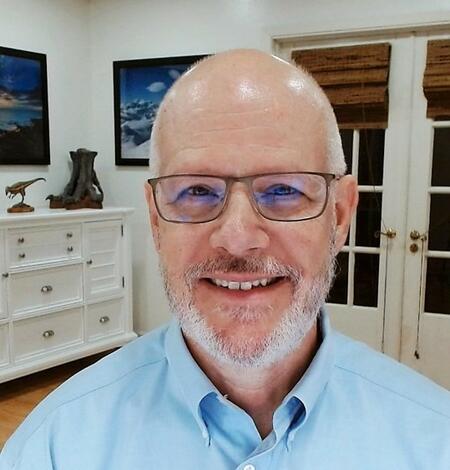 James Grace is a Senior Research Scientist at the USGS Wetland and Aquatic Research Center.

After graduate school, he held faculty positions at the University of Arkansas and Louisiana State University, where he reached the level of Full Professor. In 2000, he received the millennium Meritorious Research Award from the Society of Wetland Scientists and in 2003 received the National Science Excellence Award from the U.S. Geological Survey. He was selected to be a Fellow of the Ecological Society of America and promoted to the Senior Scientist ranks in 2014. Since 2019 he has been designated as a ‘Highly-Cited Researcher’ by the Web of Science in recognition of his scientific impact during the past decade. He has published over 200 papers and reports, including 3 books, one on competitive interactions, one on community analysis, and one on structural equation modeling. As of 2020, Grace has given over 200 invited lectures and workshops in 9 countries during his career.

Effects of prescribed fire in the coastal prairies of Texas

Forage nutritive quality in the Serengeti ecosystem: The roles of fire and herbivory

Fire and herbivory are important determinants of nutrient availability in savanna ecosystems. Fire and herbivory effects on the nutritive quality of savanna vegetation can occur directly, independent of changes in the plant community, or indirectly, via effects on the plant community. Indirect effects can be further subdivided into those occurring because of changes in plant species composition or
December 31, 2006

The unresolved question of what causes the observed positive relationship between large-scale productivity and species richness has long interested ecologists and evolutionists. Here we examine a potential explanation that we call the biogeographic affinity hypothesis, which proposes that the productivity-richness relationship is a function of species' climatic tolerances that in turn are shaped b
December 31, 2006

Habitat relationships of birds overwintering in a managed coastal prairie

Grassland birds are considered to be rapidly declining in North America. Management approaches for grassland birds frequently rely on prescribed burning to maintain habitat in suitable condition. We evaluated the relationships among years since burn, vegetation structure, and overwintering grassland bird abundance in coastal prairie. Le Conte's Sparrows (Ammodramus leconteii) were most common in a
December 31, 2006

We quantified deformities in the marginal papillae, tooth rows, and jaw sheaths of tadpoles from 13 population samples representing three families and 11 sites in the southeastern United States. Oral deformities were observed in all samples and in 13.5-98% of the specimens per sample. Batrachochytrium dendrobatidis (chytrid) infections were detected in three samples. There was high variability amo
June 9, 2009

Predicting the persistence of coastal wetlands to global change stressors

Regional and local species richness in an insular environment: Serpentine plants in California

We asked how the richness of the specialized (endemic) flora of serpentine rock outcrops in California varies at both the regional and local scales. Our study had two goals: first, to test whether endemic richness is affected by spatial habitat structure (e.g., regional serpentine area, local serpentine outcrop area, regional and local measures of outcrop isolation), and second, to conduct this te
By
Ecosystems, Wetland and Aquatic Research Center
December 31, 2005

Invasion in a diversity hotspot: Exotic cover and native richness in the Californian serpentine flora

Exotic species have been observed to be more prevalent in sites where the richness of native species is highest, possibly reflecting variation among sites in resources, propagule supply, heterogeneity, or disturbance. However, such a pattern leaves unclear whether natives at species-rich sites are subject to especially severe impacts from exotics as a result. We considered this question using path
By
Ecosystems, Wetland and Aquatic Research Center
December 31, 2005

This study investigates patterns of plant diversity following wildfires in fire-prone shrublands of California, seeks to understand those patterns in terms of both local and landscape factors, and considers the implications for fire management. Ninety study sites were established following extensive wildfires in 1993, and 1000-m2 plots were used to sample a variety of parameters. Data on community
December 31, 2005

Evaluation of non-destructive methods for estimating biomass in marshes of the upper Texas, USA coast

The estimation of aboveground biomass is important in the management of natural resources. Direct measurements by clipping, drying, and weighing of herbaceous vegetation are time-consuming and costly. Therefore, non-destructive methods for efficiently and accurately estimating biomass are of interest. We compared two non-destructive methods, visual obstruction and light penetration, for estimating