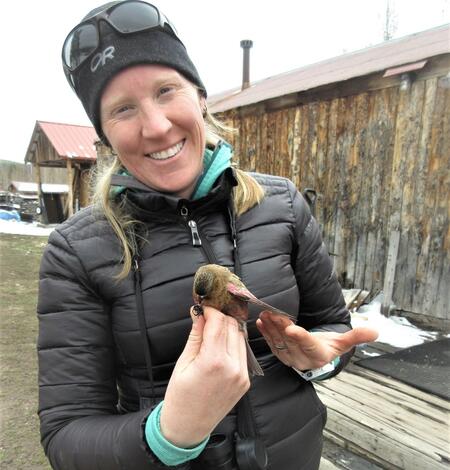 Dr. Jessica Shyvers is an Ecologist at the Fort Collins Science Center, whose work focuses on conservation and management of sage-grouse and their habitats.

Dr. Jessica Shyvers is an ecologist at the USGS Fort Collins Science Science Center and part of a large research team focused on conservation and management of sage-grouse and their habitats. Jess began her early career in wildlife conservation and disease ecology as an undergraduate researcher at the University of Nebraska-Lincoln.

As an intern with Nebraska Health and Human Services she led a team of student-scientists in statewide surveillance efforts to monitor the arrival of West Nile virus and conducted an independent study investigating the use of field diagnostic tests on birds of prey. In 2008 she received her M.S. in Entomology from Louisiana State University where she studied West Nile virus ecology in suburban environments, focused on the role of wild passerine species in virus transmission.

In the years that followed she led multiple conservation-based research projects with Colorado Parks and Wildlife and USGS involving sage-grouse, mountain plover, migrant passerines, sagebrush obligates, and birds of prey. In 2017 she earned her PhD in Ecology from Colorado State University. Her dissertation research focused on the evaluation and improvement of lek monitoring strategies for greater sage-grouse and the testing of novel methodologies for estimating sage-grouse abundance, including dual-frame sampling and genetic mark-recapture.

Next Generation of Women in Science

As part of International Day of Women and Girls in Science, Fort Collins Science Center scientists volunteered to pass along personal and professional...

Invasive annual grasses (IAGs) degrade native plant communities, alter fire cycles, impact ecosystem processes, and threaten the persistence of some species. Therefore, controlling the spread of IAGs has become a land management priority in the western United States. A wide array of geospatial data has been developed in the last decade to help land managers combat the invasion and expansion of non
By
Ecosystems, Fort Collins Science Center
March 21, 2022 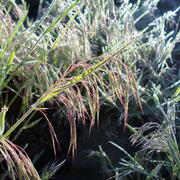 USGS is working closely with partners in the Bureau of Land Management (BLM), U.S. Fish and Wildlife Service (USFWS), and the Intermountain West Joint Venture (IMJV) to collect and summarize spatial datasets that describe measurable aspects of invasive annual grasses (e.g., biomass or presence) across the western United Stated and beyond. The products developed through this project provide...
Learn More