Mikey is a Wildlife Biologist for the North American Breeding Bird Survey (BBS) at the USGS Eastern Ecological Science Center.

He works to strengthen the multi-national, volunteer based BBS using geospatial tools to maintain the survey's sampling network, interacting with thousands of highly-skilled citizen scientists for training and issue reconciliation, working with a team of computer programmers and designers to create innovative and efficient web tools, and spearheading projects that expand the BBS's current capabilities and ensure its historical continuity.  A naturalist at heart and by training, Mikey has acrued experience sampling diverse taxa, including invertebrates, fish, birds, mammals, reptiles, and amphibians through numerous previously held positions with state and federal agencies.  Despite his broad command of field and lab techniques, he is best known for his acumen with birds and he is recognized as a technical expert for his skills in the field.  With his time in the field, Mikey has developed a keen interest in photographing birds and and he regularly donates his photographs for use in federal, state, and non-governmental publications. 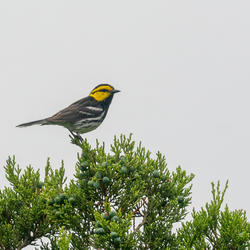