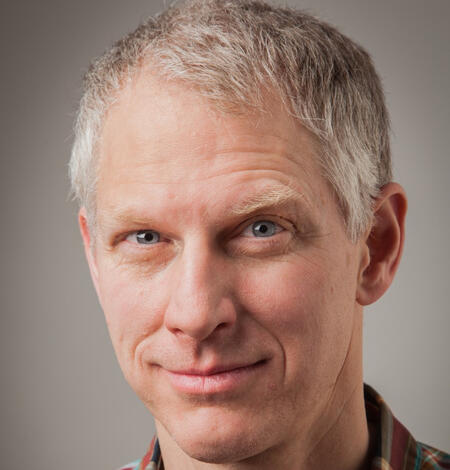 Onshore-offshore study of the Queen Charlotte-Fairweather fault system.
Identification and characterization of seismic sources across southern Alaska, including the Castle Mountain fault, Denali fault, Totschunda fault, Broad Pass fault, Patton Bay thrust, Cape Cleare thrust, and fault cored folds in the Cook Inlet and Susitna basins.
Paleoseismology of the Alaska-Aleutian megathrust from coastal marsh and lake records.
I am strongly interested in improving our understanding of active and recent deformation in Alaska, whether it is onshore or offshore, using any types of data that shed light on the most recent geologic history of the state.

Characterization and description of submarine landslides in coastal fjords of southern Alaska generated by the 1964 M9.2 earthquake

I frequently discuss earthquake hazards and Alaskan geology with the media. I have appeared on, and provided input to, the National Geographic Channel, Discovery Channel, History Channel, Nightline, Frontline, and numerous other local and regional media outlets.

Brittle deformation along the Gulf of Alaska margin in response to Paleocene-Eocene triple junction migration: in Sisson

A spreading center was subducted diachronously along a 2200 km segment of what is now the Gulf of Alaska margin between 61 and 50 Ma, and left in its wake near-trench intrusions and high-T, low-P metamorphic rocks. Gold-quartz veins and dikes, linked to ridge subduction by geochronological and relative timing evidence, provide a record of brittle deformation during and after passage of the ridge.
By
Ecosystems, Alaska Science Center
December 31, 2001

Life and death of the Resurrection Plate

Most paleoseismic studies are at low to moderate latitudes. Here we present results from a high-latitude (61°30′ N) trenching study of the Castle Mountain fault in south-central Alaska. This fault is the only one known in the greater Anchorage, Alaska, area with historical seismicity and a Holocene fault scarp. It strikes east-northeast and cuts glacial and postglacial sediments in an area of bore
By
Ecosystems, Alaska Science Center
February 28, 2002

The Castle Mountain fault is one of several major east-northeast-striking faults in southern Alaska, and it is the only fault with had historic seismicity and Holocene surface faulting. This report is a digital compilation of three maps along the Castle Mountain fault in south central Alaska. This compilation consists only of GIS coverages of the location of the fault, line attributes indicating t
February 28, 2002

This report presents a compilation of 4203 measurements of outcrop structures from part of the Petersburg 1:250,000-scale quadrangle in southeastern Alaska. We collected 1966 measurements, and an additional 2237 unpublished measurements were compiled from field notebooks a from a field mapping effort in the late 1970’s and early 1980’s. These data are listed in spreadsheet and derivative formats.
By
Ecosystems, Alaska Science Center
December 31, 1999

The bedrock geology of Seattle

Potential seismic hazards and tectonics of the upper Cook Inlet basin, Alaska, based on analysis of Pliocene and younger deformation

The Wildcat Lake quadrangle lies in the forearc of the Cascadia subduction zone, about 20-km east of the Cascadia accretionary complex exposed in the Olympic Mountains (Tabor and Cady, 1978),and about 100-km west of the axis of the Cascades volcanic arc. The quadrangle lies near the middle of the Puget Lowland, which typically has elevations less than 600 feet (183 m), but on Gold Mountain, in the
By
Ecosystems, Alaska Science Center
December 31, 1998

No abstract available.
By
Ecosystems, Alaska Science Center
May 31, 2002

In 1990, both the U.S. Geological Survey and U.S. Bureau of Mines were contacted by the Chugach National Forest (CNF) for the purpose of providing mineral resource information for the CNF Master Plan during the planning period fiscal years 1991-1994. This information is to address the terms and requirements of the 1986 Settlement Agreement and to provide mineral and geologic information useful to
By
Ecosystems, Alaska Science Center
October 31, 2001

The geologic map of the Duncan Canal-Zarembo Island area is the result of a multidisciplinary investigation of an area where an airborne geophysical survey was flown in the spring of 1997. The area was chosen for the geophysical survey because of its high mineral potential, a conclusion of the Petersburg Mineral Resource Assessment Project, conducted by the U.S. Geological Survey from 1978 to 1982
By
Ecosystems, Alaska Science Center
February 29, 2000

This is a 1:250,000-scale map of the bedrock geology of the Seldovia quadrangle, south-central Alaska. The map area covers the southwestern end of the Kenai Peninsula, including the Kenai Lowlands and Kenai Mountains, on either side of Kachemak Bay. The waters of Cook Inlet cover roughly half of the map area, and a part of the Alaska Peninsula near Iliamna Volcano lies in the extreme northwest cor