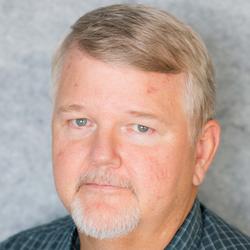 Dr. Collett has been a research geologist in the U.S. Geological Survey (USGS) since 1983. Tim received a B.S. in geology from Michigan State University, a M.S. in geology from the University of Alaska, and a Ph.D. in geology from the Colorado School of Mines. Tim is the Project Chief of the Energy Resources Program funded gas hydrate research efforts in the USGS. He has received the Department of the Interior Meritorious Service Award and the Golomb-Chilinger Medal from the Russian Academy of Natural Sciences and the Natural Resources of Canada Public Service Award. Tim has been the Chief and Co-Chief Scientist of numerous domestic and international gas hydrate scientific and industrial drilling expeditions and programs. He has been the Co-Chief Scientists and Operational Manager for the India NGHP Expedition 01 and 02 gas hydrate drilling and testing projects. Tim was a Co-Chief Scientist of the international cooperative gas hydrate research project that was responsible for drilling dedicated gas hydrate production research wells in the Mackenzie Delta of Canada under the Mallik 1998 and 2002 efforts. Tim was the logging scientist on the Gulf of Mexico JIP Gas Hydrate Research Expedition in 2005 and is the Co-Chief Scientist of the Integrated Ocean Drilling Program (IODP) Expedition 311, and the Gulf of Mexico JIP Leg II drilling project in 2009. He sailed as a science advisor on the Korean UBGH2 Expedition in 2010 and the 2017 University of Texas Gulf of Mexico 2-1 Hydrate Pressure Coring Expedition. Tim was also the Principal Investigator responsible for organizing and conducting the 1995 and 2008 USGS National Oil and Gas Assessment of natural gas hydrates. Tim is an Adjunct Professor in the Department of Geophysics at the Colorado School of Mines. Tim’s current research efforts in the USGS deal mostly with domestic and international gas hydrate energy resource characterization studies. His ongoing gas hydrate assessment activities in Alaska are focused on assessing the energy resource potential of gas hydrates on the North Slope. Tim’s international gas hydrate activities include cooperative projects with research partners in India, Korea, Japan, China, and Canada. Tim also continues to represent the USGS gas hydrate interest in the Gulf of Mexico through a U.S. Department of Energy cooperative. Tim has published more than 250 research papers along with 10 books and treatises on gas hydrates and other unconventional resources.

As part of Ocean Drilling Program Leg 204 at southern Hydrate Ridge off Oregon we have monitored changes in sediment electrical resistivity during controlled gas hydrate dissociation experiments. Two cores were used, each filled with gas hydrate bearing sediments (predominantly mud/silty mud). One core was from Site 1249 (1249F-9H3), 42.1 m below seafloor (mbsf) and the other from Site 1248 (1248C
August 31, 2005

Physical properties of gas-hydrate-bearing sediments depend on the pore-scale interaction between gas hydrate and porous media as well as the amount of gas hydrate present. Well log measurements such as proton nuclear magnetic resonance (NMR) relaxation and electromagnetic propagation tool (EPT) techniques depend primarily on the bulk volume of gas hydrate in the pore space irrespective of the por
February 9, 2005

The recent studies that project the role of gas hydrates in the future energy resource management are reviewed. Researchers have long speculated that gas hydrates could eventually be a commercial resource for the future. A Joint Industry Project led by ChevronTexaco and the US Department of Energy is designed to characterize gas hydrates in the Gulf of Mexico. Countries including Japan, canada, an
December 31, 2003

Large uncertainties about the energy resource potential and role in global climate change of gas hydrates result from uncertainty about how much hydrate is contained in marine sediments. During Leg 204 of the Ocean Drilling Program (ODP) to the accretionary complex of the Cascadia subduction zone, we sampled the gas hydrate stability zone (GHSZ) from the seafloor to its base in contrasting geologi
December 31, 2003

The Mallik site represents an onshore permafrost-associated gas hydrate accumulation in the Mackenzie Delta, Northwest Territories, Canada. A gas hydrate research well was drilled at the site in 1998. The objective of this study is the analysis of various gas production scenarios from five methane hydrate-bearing zones at the Mallik site. In Zone #1, numerical simulations using the EOSHYDR2 model
February 28, 2003

Well logs acquired at the Mallik 2L-38 gas hydrate research well. Mackenzie Delta, Canada, reveal a distinct trend showing that the resistivity of gas-hydrate-bearing sediments increases with increases in density porosities. This trend, opposite to the general trend of decrease in resistivity with porosity, implies that gas hydrates are more concentrated in the higher porosity. Using the Mallik 2L
December 31, 2001

The discovery of large gas hydrate accumulations in terrestrial permafrost regions of the Arctic and beneath the sea along the outer continental margins of the world's oceans has heightened interest in gas hydrates as a possible energy resource. However, significant to potentially insurmountable technical issues must be resolved be fore gas hydrates can be considered a viable option for affordable
March 31, 2001

Gas hydrates are naturally occurring icelike solids in which water molecules trap gas molecules in a cagelike structure known as a clathrate. Although many gases form hydrates in nature, methane hydrate is by far the most common; methane is the most abundant natural gas. The volume of carbon contained in methane hydrates worldwide is estimated to be twice the amount contained in all fossil fuels o