A carbonatite dike in the Lemitar Mountains, New Mexico

We are working to develop an understanding of the types, sizes, and spatial distribution of rare-earth element (REE) related deposits in the Southern Basin and Range geologic province to help ensure the availability of REEs to industry in the United States. Geologic, geophysical, and geochemical data acquired will be used to develop permissive tracts for REE related deposits and to define areas of high potential within those tracts. The permissive tracts will include regions where deposits may be concealed by sedimentary rock or basin fill sediments.

The Department of the Interior Secretarial Order 3359 'Critical Mineral Independence and Security' directed the USGS to develop a plan to improve the Nation's understanding of domestic critical mineral resources. Critical minerals include REEs which because of their unique physical and chemical properties have multiple uses in the computer industry, energy, and military technology. During the past decade, China has accounted for more than 90 percent of global production and supply of REE resources and even began limiting supply in 2010 through the imposition of quotas, licenses, and taxes. Securing domestic sources of REEs is of great importance.

Most of the rare earth element deposits associated with Tertiary alkaline igneous rocks are found in the Trans-Pecos of West Texas and parts of southeastern New Mexico while the older rare earth element deposits are found scattered throughout Arizona and New Mexico. We will summarize existing data and prioritize regions for new geophysical data acquisition through the Earth Mapping Resources Initiative (Earth MRI).

A belt of alkaline-igneous rocks extends along the eastern boundary of the Rocky Mountains and the Basin and Range geological province. These rocks, primarily Tertiary in age, contain large quantities of many critical minerals including REEs. We are focusing on these alkaline igneous rocks in New Mexico and Texas and not only considering where they can be found outcropping, but also where they may be concealed in sedimentary rocks and by basin-fill sediments.

One focus area is the Trans-Pecos region of southern New Mexico and far western Texas. This area contains a series of rare earth element enriched ~ 34-36 Ma intrusive rhyolites and syenites and hosts the Round Top REE deposit in the Sierra Blanca Mountains, Texas. This deposit is one of the few REE deposits in the U.S. which has an economic evaluation and is scheduled to go into production around 2025. In addition, Alkaline igneous rocks in the Cornudas and Hueco Mountains, both within the Trans-Pecos focus area, also show high concentration of REEs and other critical elements. The project has recently (early 2021) flown and aeromagnetic and aeroradiometric survey over this region with the following objectives: 1) Detect regional trends, fractures,  or patterns that may be responsible for the locations of Tertiary alkaline intrusions; 2) Identify magma sources and plumbing systems for Tertiary alkaline intrusions; and 3) Identify potential concealed Tertiary alkaline intrusions. Preliminary work on the new data has produced 3-D models of the intrusive bodies, some of which are not found at the surface.

Another focus area in the alkaline-igneous belt is the Gallinas Mountains in New Mexico, an area which has produced REEs in the past. Acquisition of gravity data and sampling has occurred in this region and we are hoping to also acquire an aeromagnetic survey here.

We are also looking at Proterozoic to Cambrian alkaline-igneous rocks throughout New Mexico and Arizona. One region, the Lemitar Mountains, New Mexico, contains carbonatite veins outcropping at the surface and may contain a large carbonatite body at depth. Carbonatites are igneous rocks with a large percentage of carbonate minerals and, in general, have some of the highest concentration of REEs in any igneous rocks. We are conducting geophysical modeling and sampling of the carbonatite veins in this region. 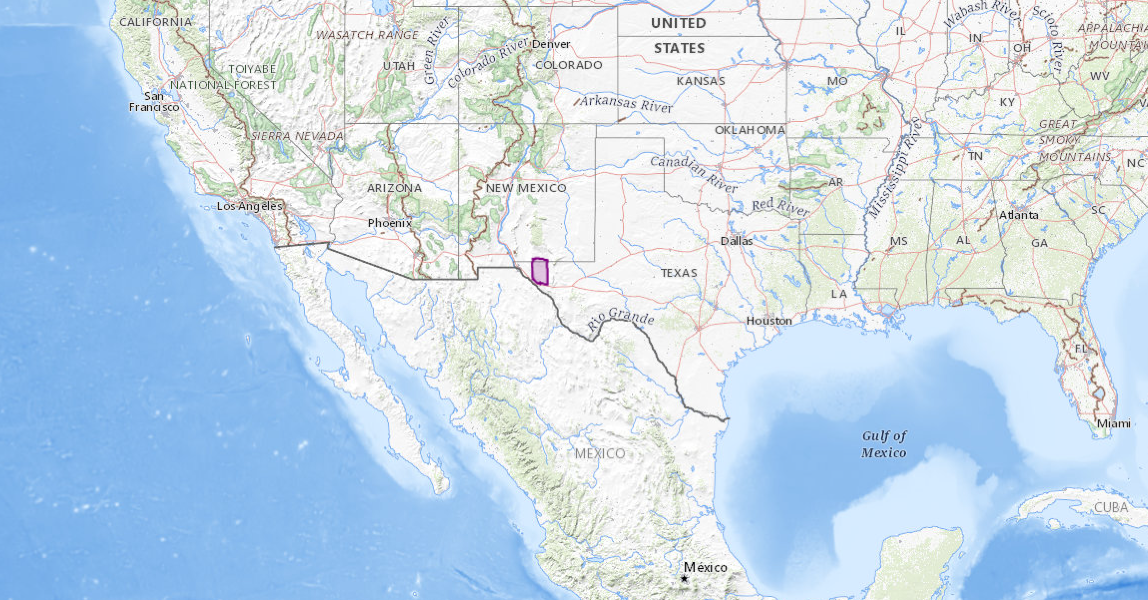 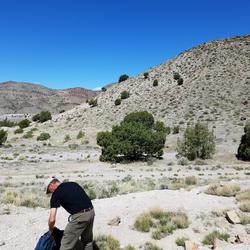 Volcanic-related Beryllium Deposits of the US: Geologic Setting, Genesis, and the Potential for Post-Extraction Recovery of By-Product Critical Minerals

Project objectives are: 1) to fully establish a comprehensive and robust geologic and geochemical framework for the occurrence of volcanic-related beryllium (Be) deposits; 2) further our understanding of the fundamental ore processes that lead to formation of volcanogenic beryllium (Be)-boron (B)-lithium (Li)-phosphorus (P) group deposits, by investigating processes favorable for enhanced...
By
Mineral Resources Program, Geology, Energy & Minerals Science Center
link
July 2, 2019

Volcanic-related Beryllium Deposits of the US: Geologic Setting, Genesis, and the Potential for Post-Extraction Recovery of By-Product Critical Minerals

Project objectives are: 1) to fully establish a comprehensive and robust geologic and geochemical framework for the occurrence of volcanic-related beryllium (Be) deposits; 2) further our understanding of the fundamental ore processes that lead to formation of volcanogenic beryllium (Be)-boron (B)-lithium (Li)-phosphorus (P) group deposits, by investigating processes favorable for enhanced...
Learn More

Below are Data Releases associated with this project

The Trans-Pecos region of West Texas and Southern New Mexico contains a series of rare earth element (REE) enriched ~ 34-36 Ma intrusive rhyolites and syenites. One such intrusive in the Sierra Blanca Mountains, Texas, hosts the Round Top REE deposit which is one of the few REE deposits in the U.S. with an economic evaluation and is scheduled to go into production in 2025. In addition, Alkaline ig
By
Mineral Resources Program, Geology, Minerals, Energy, and Geophysics Science Center

The Holbrook Lineaments: The geophysical boundary zone between the Proterozoic Mazatzal and Yavapai Provinces, southwest USA

A horizontal gradient analysis of the isostatic gravity and aeromagnetic anomaly grids of the NewMexico-Arizona-southernCalifornia area was carried out, focused on eastern Arizona and western New Mexico, to define the transitional boundary between the Proterozoic Yavapai province to the west and the Mazatzal province to the east. The two provinces differ substantially in their favorability to host
By
Mineral Resources Program, Geology, Minerals, Energy, and Geophysics Science Center
May 31, 2018

In situ distributions of magnetic susceptibility in some igneous rocks

Measurements of in-situ magnetic susceptibility were compiled from mainly Precambrian crystalline basement rocks beneath the Colorado Plateau and ranges in Arizona, Colorado, and New Mexico. The susceptibility meter used samples about 33 cubic centimeters of rock and measures variations in the modal distribution of magnetic minerals that form a minor component volumetrically in these coarsely crys
By
Mineral Resources Program, Geology, Minerals, Energy, and Geophysics Science Center