As the most popular attraction in Glacier National Park (GNP), the Going-to-the-Sun Road traverses scenic alpine zones and crosses the Continental Divide at Logan Pass (2026m or 6,647' elevation).  The Park closes a 56km (34.8 mile) section of the road each winter due to inclement weather, heavy snowfall, and avalanche hazards. Annual spring opening of the road is a highly anticipated event for visitors and the regional economy is strongly tied to the road’s accessibility.  Efforts to open the road each spring rely on a USGS-National Parks Service (NPS) partnership based on the expertise of USGS avalanche scientists, who provide on-site forecasting for NPS plowing efforts.  The applied research from ongoing USGS avalanche studies supports forecasting efforts that guide the safety of this hazardous plowing operation.

After 12 years of construction, the Going-to-the-Sun-Road (GTTSR) opened in 1933 as a narrow, two-lane road bisecting the park and showcasing 80km (49.7 miles) of stunning Rocky Mountain scenery. The seasonal nature of the road’s accessibility is determined by the avalanche risk that exists in the alpine sections of the road. Snowfall generally closes the road in October and snow removal begins in April, with the road opening, on average, around June 9.

In 2002, GNP instituted its first formal avalanche hazard forecasting program for snow removal operations. For the 2003 season, GNP established a daily forecasting program with two full-time avalanche specialists. During the season, which typically runs from April through June, equipment operators removing snow from the upper 23km (14.3 mile) segment of the GTTSR are exposed to a variety of avalanche hazards, including loose snow avalanches, wet and dry slab avalanches, and glide avalanches. In this road section, the GTTSR lies mid-track in numerous large avalanche paths capable of destructive class 4 slides.

The avalanche paths threatening the GTTSR are predominantly sunny, windward slopes (Figure 3). The paths east of the divide face east through south; those west of the divide face southwest through west. The exceptions are in the bowl-shaped start zones of the larger west-side paths, such as Haystack Creek, Big Bend, and Triple Arches. Parts of these bowls also face west-northwest through northwest. Some west side paths are also shaded each morning by the narrow spine of the Continental Divide known as The Garden Wall, which rises 75-275m (246'-902') above the start zones.

This orientation towards the sun is a significant factor in springtime avalanche conditions. The start zones are subject to direct solar radiation much of the day and temperature swings can be dramatic. The site’s mid-hemisphere latitude (48o 40’ N) and the time of year magnify insolation. Although the latitude means short days and weak insolation in the winter, it makes for longer periods of ever-more intense insolation – and shorter periods of freeze – as the season progresses.

In addition to forecasting, the program also provides real-time snow safety. During the workday, the equipment operators are in avalanche tracks where stability assessment is difficult at best, and it is of utmost importance that they remain focused on the mentally-demanding task of keeping their equipment on the narrow roadbed. Our mobility affords us access to avalanche starting zones above the work area, where we can effectively monitor changing snow conditions during the day. This monitoring provides an additional margin of safety to the crew during periods of rapidly decreasing stability, or it allows them to work longer when the hazard is not increasing as expected.

The avalanche program has increased avalanche awareness among equipment operators through regular avalanche safety training. Although the plowing crew does not need to understand the intricacies of snow stability evaluation, a working knowledge of avalanche terminology and mechanics provides them with tools to make independent decisions when necessary and establishes a common language for sharing information. Further, in the event of an avalanche incident the equipment operators will likely be the first responders, so hands-on rescue training with avalanche beacons, shovels, and probes is imperative and is provided annually. 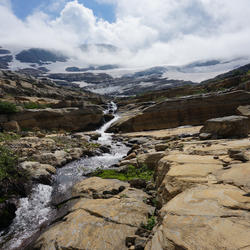 Glacier National Park (GNP) is considered a stronghold for a large diversity of plant and animal species and harbors some of the last remaining populations of threatened and endangered species such as grizzly bear and bull trout, as well as non threatened keystone species such as bighorn sheep and black bear. The mountain ecosystems of GNP that support these species are dynamic and influenced by...
Learn More

Starting in 2003, the U.S. Geological Survey (USGS) Northern Rocky Mountain Science Center in West Glacier, MT, in collaboration with the National Park Service, collected avalanche observations along the Going to the Sun Road during the spring road-clearing operations. The spring road-clearing along Going to the Sun Road utilized a team of avalanche specialists from the USGS and Glacier National P
By
Northern Rocky Mountain Science Center
April 29, 2020

This dataset includes processed tree ring data from avalanche paths in Glacier National Park and the Flathead National Forest in northwest Montana. The data were processed in three distinct phases that resulted in this dataset: collection, processing, and avalanche signal analysis. This dataset consists of samples from 647 trees with 2304 growth disturbances identified from 12 avalanche paths.
By
Climate Research and Development Program, Northern Rocky Mountain Science Center 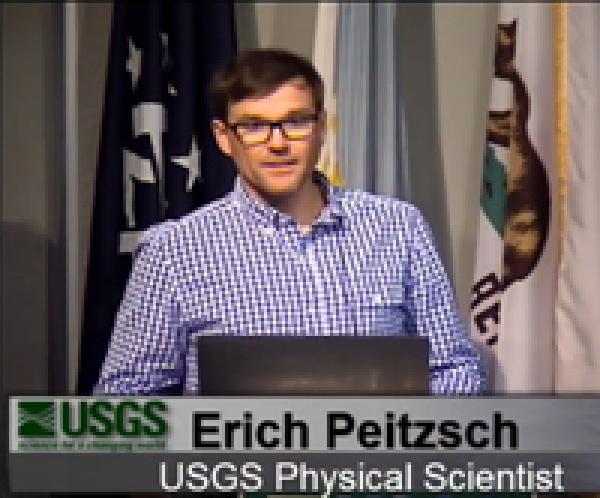 Snow avalanches affect transportation corridors and settlements worldwide. In many mountainous regions, robust records of avalanche frequency and magnitude are sparse or non-existent. However, dendrochronological methods can be used to fill this gap and infer historical avalanche patterns. In this study, we developed a tree-ring-based avalanche chronology for large magnitude avalanche events (size
By
Ecosystems, Climate Research and Development Program, Northern Rocky Mountain Science Center