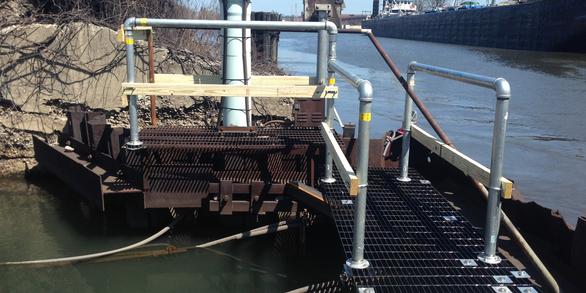 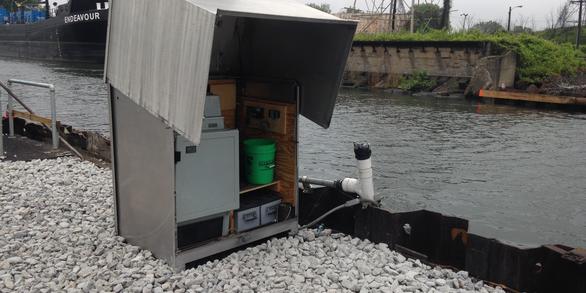 County in which site is located: Lake County 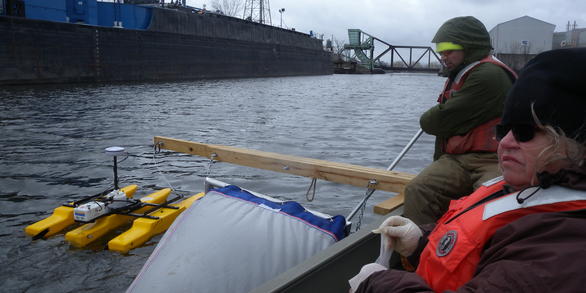 This station is operated and maintained in cooperation with the Indiana Department of Environmental Management and the U.S. Environmental Protection Agency Great Lakes Restoration Initiative.

The Indiana Harbor Canal at East Chicago, IN site was originally established in October, 1991 in cooperation with the Indiana Department of Environmental Management to monitor channel flows in the shipping canal. The Indiana Harbor Canal gage was upgraded to a “Super Gage” in March, 2011 to continuously monitor water quality parameters and to collect automated water samples during storm events for the Great Lakes Restoration Initiative.

The Indiana Harbor Canal at East Chicago, IN gage is located in the Northern edge of Lake County, at the Northeast part of North township, approximately 3 miles East of the Illinois/Indiana state line; 1 mile Northwest of the city of East Chicago, IN; 3,200 ft East of U.S. Highway 20, 3,500 ft North of U.S. Highway 12, 4,300 ft. South of 129th Street, and 1,000 ft West of the crossing of the centerlines of Cline Avenue and the Indiana Harbor Canal. The gage is situated on the left bank at the railroad drawbridge.

Landuse in the watershed is primarily industrial, along with municipal, urban, and residential influences. The streambanks at the Indiana Harbor Canal gage have been modified to form the shipping canal and consist of metal sheet piling sea walls which have been backfilled for support with steel slag and gravel. Minor greenspaces have been set aside as wetlands and deciduous trees in upstream communities along the Grand Calumet River.

The streambed at the Indiana Harbor Canal is comprised of sand, silt, and steel slag deposits. The channel is relatively straight through the area of the gage and the channel is consistently close to 28 ft. in depth to accommodate the shipping barge traffic movement through the canal. Flows during the Winter months are not influenced by ice due to industrial and municipal discharges in the shipping canal.

The Indiana Harbor Canal at East Chicago, IN gage is an acoustic stage-discharge site, along with a YSI 6920 V2-2 water quality sonde for continuous monitoring of field parameters, and a refrigerated autosampler to collect water quality storm samples from the canal. The YSI 6920 V2-2 monitors water quality parameters including: water temperature, specific conductivity, pH, dissolved oxygen concentration, and turbidity readings at 15 minute intervals; also, an ISCO 6712 autosampler was initially installed to collect storm samples at timed intervals. Precipitation data is additionally collected at the site. Data from the gage transmits hourly through a cellular modem.

Water quality samples are collected by boat during routine monthly sampling visits at ten multiple vertical points equally spaced throughout the width of the channel using a depth-integrated sampler to obtain water from the water surface down to near the streambed of the canal. All multiple vertical samples are then composited into a churn splitter to be used to fill bottles for their respective analyses. Some samples are whole-water samples while others are filtered.

All water quality samples at the Indiana Harbor Canal are collected using a motorized boat to maneuver across the channel due to the water depth and not having a nearby bridge to use for collecting samples. Samples are collected at other selected streamgaging sites by sampling from a bridge, by wading or if the water is too deep or swift, by boat, in the Great Lakes study area utilizing the same designated sampling protocols, sampling intervals and analytical labs to ensure results are comparable among watersheds.

Storm samples obtained using the autosampler have been collected during the initial phase of the study but are not currently being collected.

Water quality in the Indiana Harbor Canal, as well as small headwater tributaries of the surrounding Lake Michigan watershed drainage basin, are influenced by nearby industrial, municipal, and urban land use. Contributions of excess nutrients, contaminants of environmental concern, and microplastics from these sources impact the aquatic health of Lake Michigan.

Poor water quality influences the health of the Great Lakes as an aquatic ecosystem, a fishery, and a source for recreation. Changes in water chemistry from the addition of industrial and urban discharges, storm runoff, and release from streambed sediments all act as potential sources for impacting water quality, fish and macroinvertebrates, and nearby residential communities in the Lake Michigan region.

The water quality information collected by the USGS at the Indiana Harbor Canal at East Chicago, IN gage will continue to be used to monitor the status of nutrients, chloride, suspended sediment, and contaminants of environmental concern from contributing tributaries to Lake Michigan; reflecting the major goal of the study, to monitor these parameters throughout the Great Lakes. 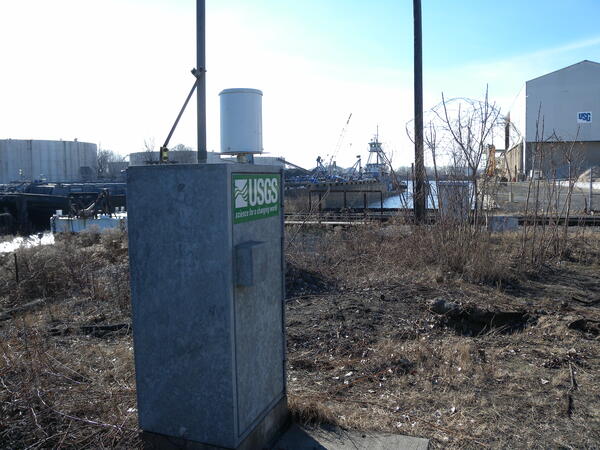 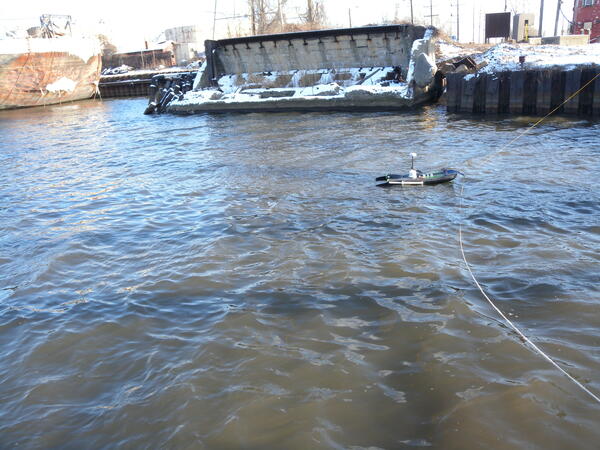 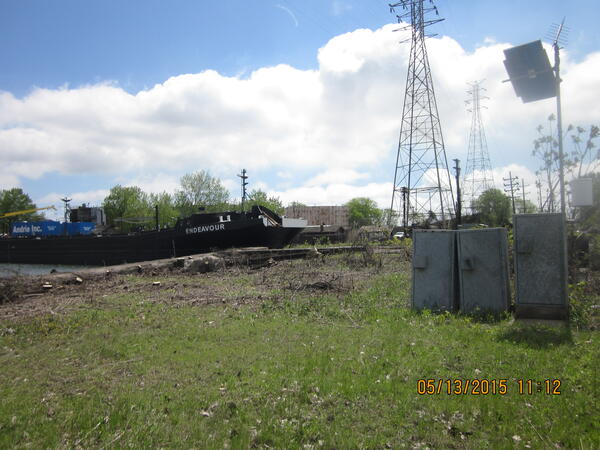 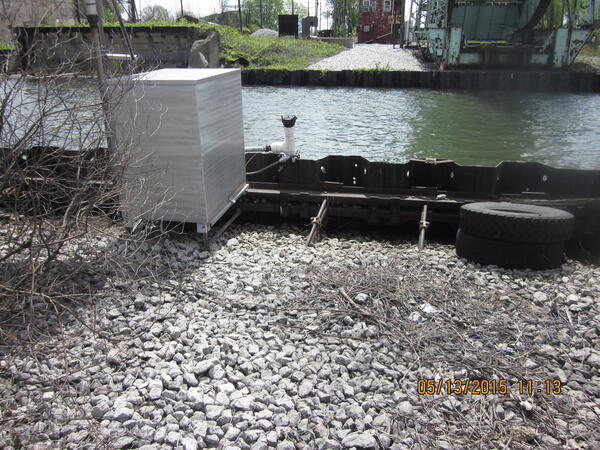 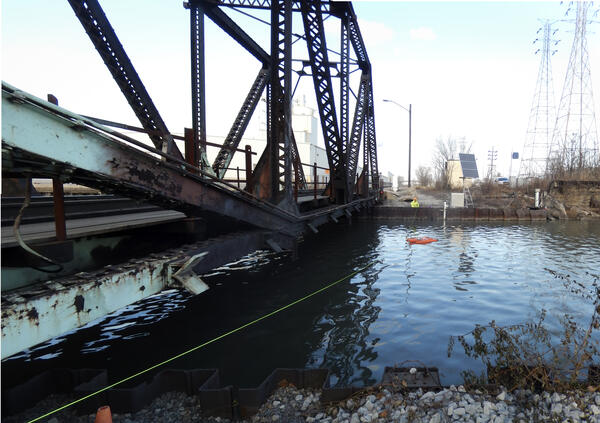 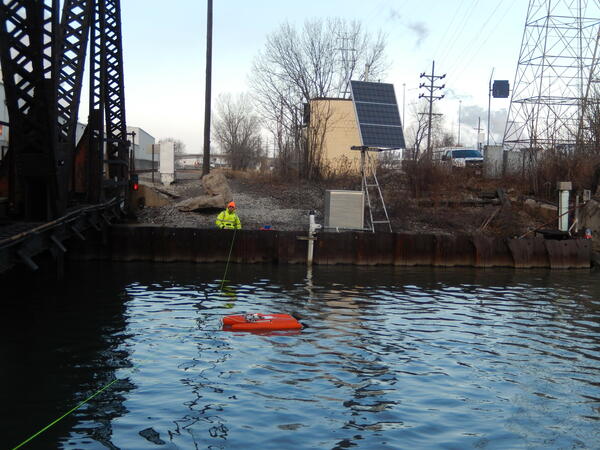 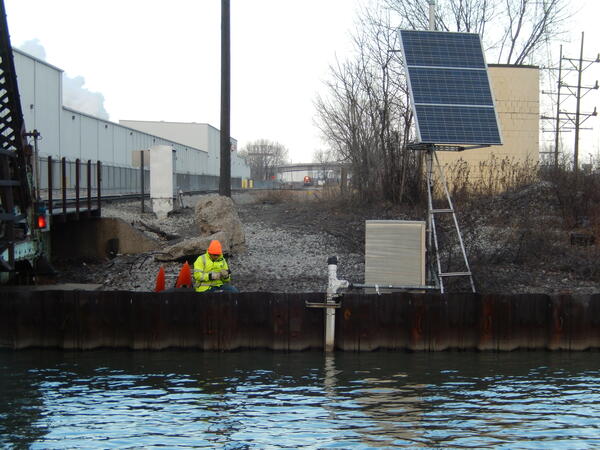 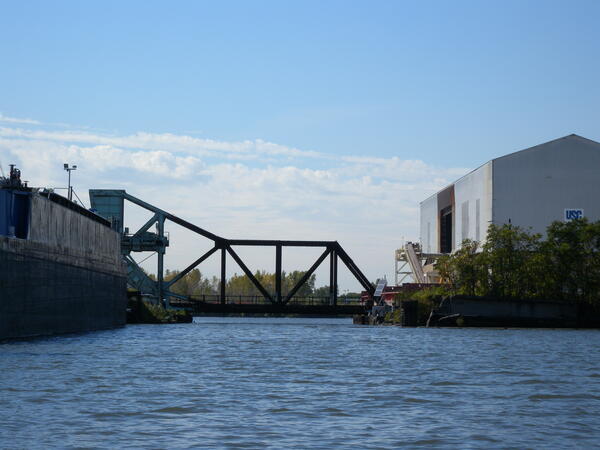 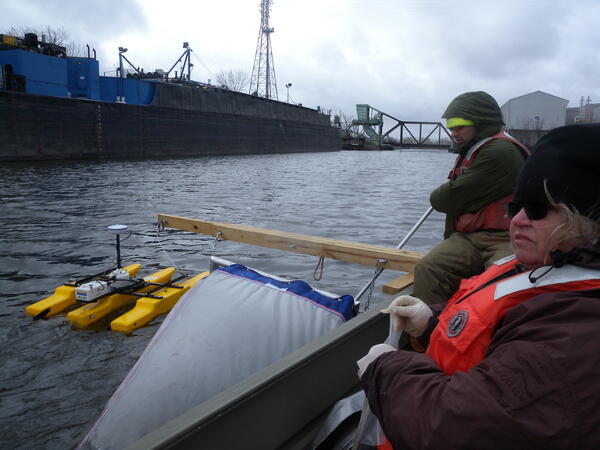 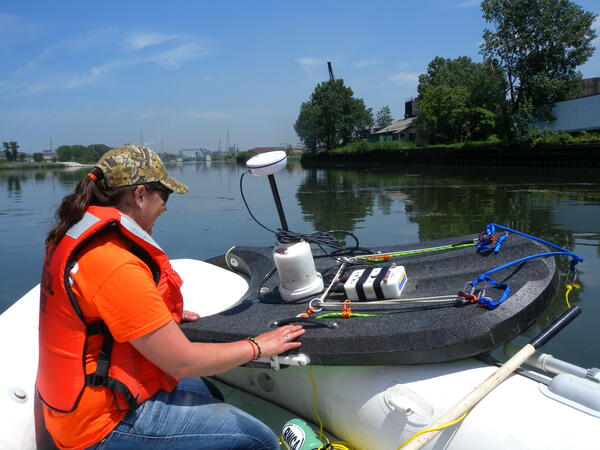