The Science Issue and Relevance: Longleaf pine-wiregrass (Pinus palustris-Aristida sp.) savannas of the southeastern U.S. once were one of the most extensive ecosystems in North America, supporting high levels of endemism and species richness outside of the tropics (Jose et al., 2006, The Longleaf Pine Ecosystem: Ecology, Silviculture, and Restoration. New York: Springer. 438pp). An estimated 97-98% of this ecosystem has been lost, fragmented, or degraded due to fire suppression, habitat modification, urbanization and silviculture. The large scale reduction of this habitat has likewise led to widespread endangerment of many plant and animal taxa. Long-term fire suppression in present-day communities has allowed competing hardwoods and other fire-sensitive species to invade and become established. The encroachment of broad-leaved hardwoods and invasive shrubs into forested wetlands increases ecosystem transpiration and potentially alters wetland hydrology (Boyce et al., 2012, Biological Invasions, Vol 14, Issue 3, pp 671-680). Frequent periods of extended drought may then further hasten wetland drying, thus compromising the suitability of habitats for many aquatic species whose life histories are tightly linked with wetland hydroperiod. Many amphibians depend completely or facultatively on ephemeral wetlands for reproduction and, as metamorphosed juveniles and adults, inhabit the surrounding uplands in these ecosystems. Several pond-breeding amphibians, such as the Frosted Flatwoods Salamander [A. cingulatum, listed as Threatened], are specialists of these fire-dependent ecosystems.

The Frosted Flatwoods Salamander is endemic to the lower southeastern coastal plain of the United States and currently ranges from southern South Carolina through Georgia and across northern Florida. Flatwoods Salamander populations have declined, primarily because of habitat loss and alteration, leading to listing of this species as federally threatened in 1999. A maximum of 9 populations of A. cingulatum remains, and they constitute two genetically distinct clades: one on the Gulf Coastal Plain in the eastern portion of the Florida Panhandle, and a second along the Atlantic Coastal Plain. St. Marks National Wildlife Refuge (SMNWR), located in the panhandle region of Northwest Florida, is the only National Wildlife Refuge where Flatwoods Salamanders continue to persist. St. Marks NWR was once considered a stronghold for A. cingulatum, but now (as of 2015) has only 10 known breeding ponds remaining of the 51 historically-known sites (an 80% loss in recent years). A number of approaches have been used to restore wetland and upland habitats for various pond-breeding amphibians, but disagreement and uncertainty exists because of critical gaps in understanding the relative effectiveness and cost of specific interventions.

This study addresses several of the fundamental questions that underpin USGS’s ecosystem science, as outlined in the Ecosystem Mission Area Strategic Science Plan, such as “(1) How are ecosystems changing? (2) What are the causes of these changes? (3) What are the probable consequences of these changes? (4) What are the consequences of different ecosystem management approaches? (5) What science support decision making and management tools can be offered to policymakers, managers, and stakeholders?” This study also addresses needs outlined in the Comprehensive Conservation Plan (CCP) for USFWS SMNWR. This CCP recognizes the need for extensive baseline inventory and monitoring data for sensitive species such as the frosted flatwoods salamander. The refuge’s CCP specifically states that hydrological restoration and avoidance of hydrological alteration of breeding ponds is essential for ensuring the persistence and survival of frosted flatwoods salamanders.

Methodology for Addressing the Issue: Using an adaptive management framework, proposed alternative management options for SMNWR will be evaluated for guiding management’s decision-making regarding habitat restoration. Improved clarity about key elements in a decision making process can help decision makers focus attention on what, why, and how actions will be taken. Activities in a structured approach include:

Adaptive management is a form of structured decision making, in that it includes the key elements listed above. The distinguishing features of adaptive management are its emphasis on sequential decision making in the face of uncertainty and the opportunity for improved manage­ment as learning about system processes accumulates over time. The elements in the set-up phase of adaptive management include: framing the decision problem, setting objectives, specifying available management actions, developing models that predict consequences of those actions, specifying key sources of uncertainty concerning those consequences, and developing a monitoring program to inform management decisions. Facilitated workshops will be used to develop these components as part of an adaptive approach to restoration and management of Flatwoods Salamander habitat.

Future Steps: This project began in the late-summer/early-fall of 2014. Project leadership’s goal is for the outcome of this decision-making process to be adopted and implemented by SMNWR, as well as other federal and state agencies and NGO’s (e.g., The Nature Conservancy and Coastal Plains Institute) that are involved with management of imperiled pond-breeding species in other areas or with the Flatwoods Salamanders in the SMNWR. An Adaptive Management Workshop was conducted early in 2015 to develop conservation planning as described above. Pre- and post-treatment (restoration) monitoring of salamander breeding ponds started in 2019 and is ongoing. Analyses of the monitoring data and preparation of a manuscript describing the outcome of adaptive management process, along with the results of management action and monitoring, are planned. 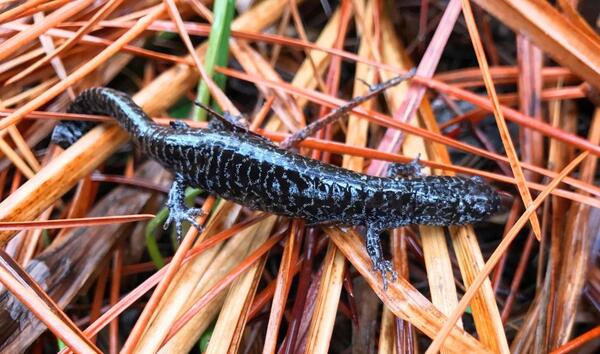 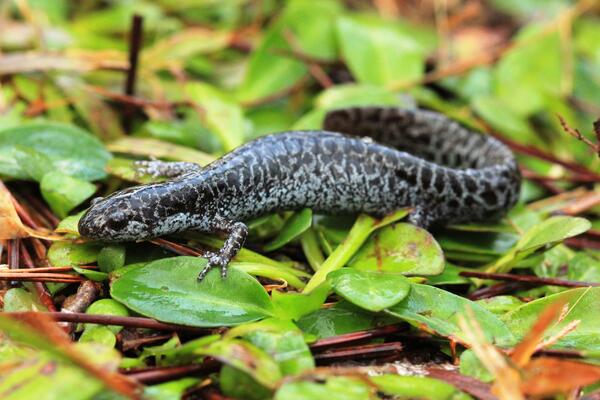 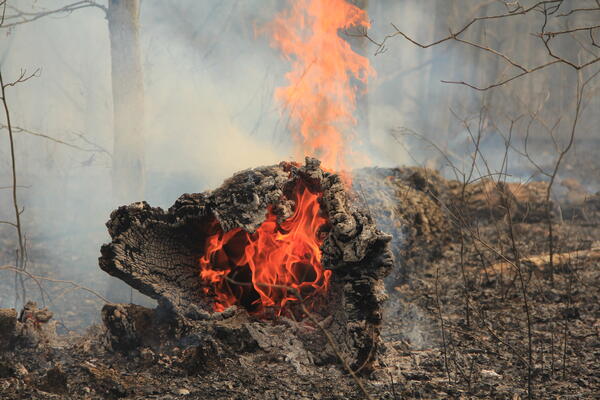 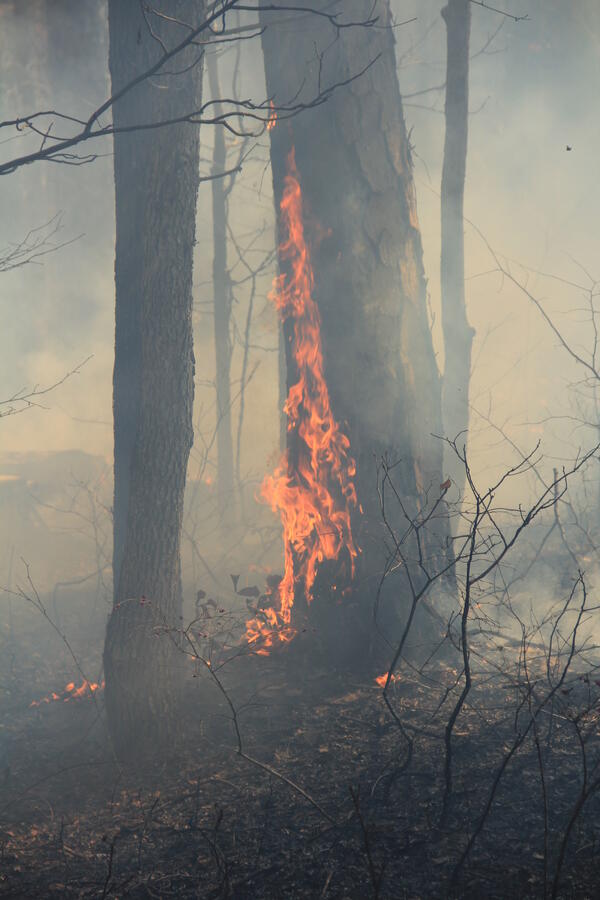 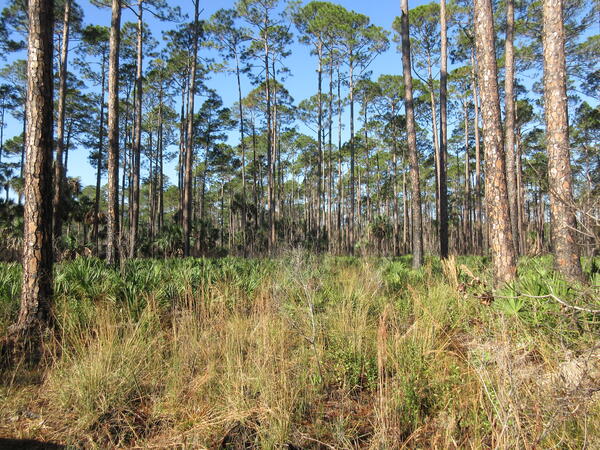 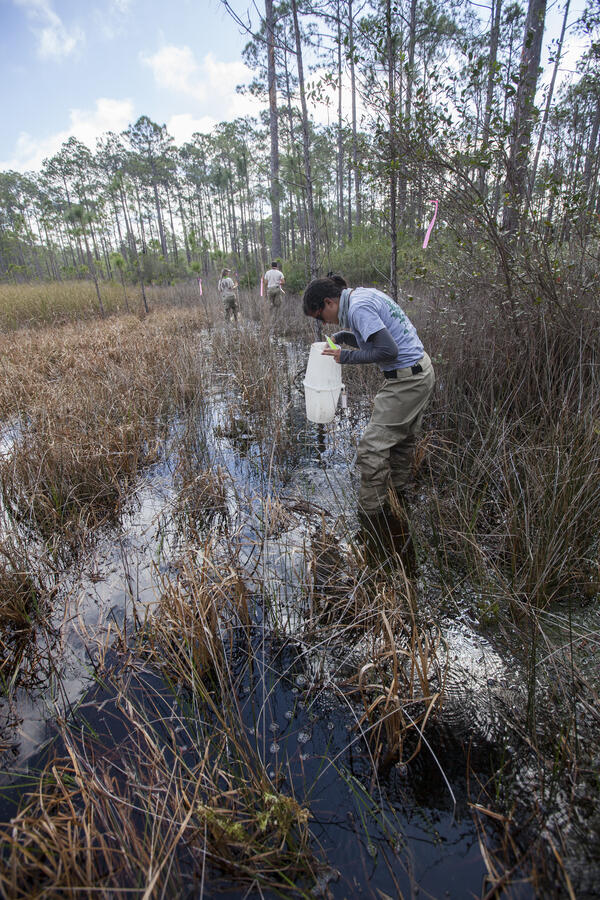 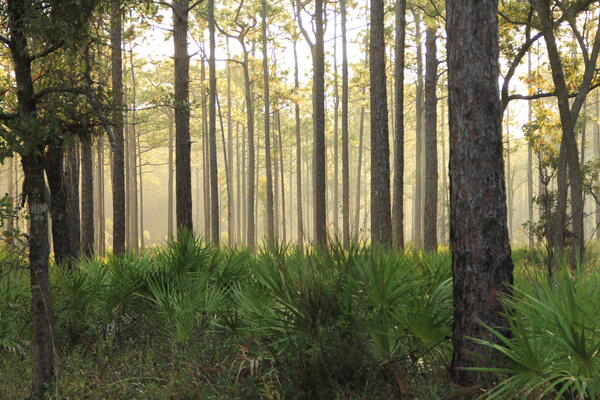 Extinction debt as a driver of amphibian declines: An example with imperiled flatwoods salamanders

A comprehensive view of population declines and their underlying causes is necessary to reverse species loss. Historically, in many cases, a narrow view may have allowed species declines to continue, virtually undetected, for long periods of time (perhaps even decades). We suggest that extinction debt is likely responsible for numerous (perhaps most) amphibian declines and that this perspective sh
By
Ecosystems, Wetland and Aquatic Research Center