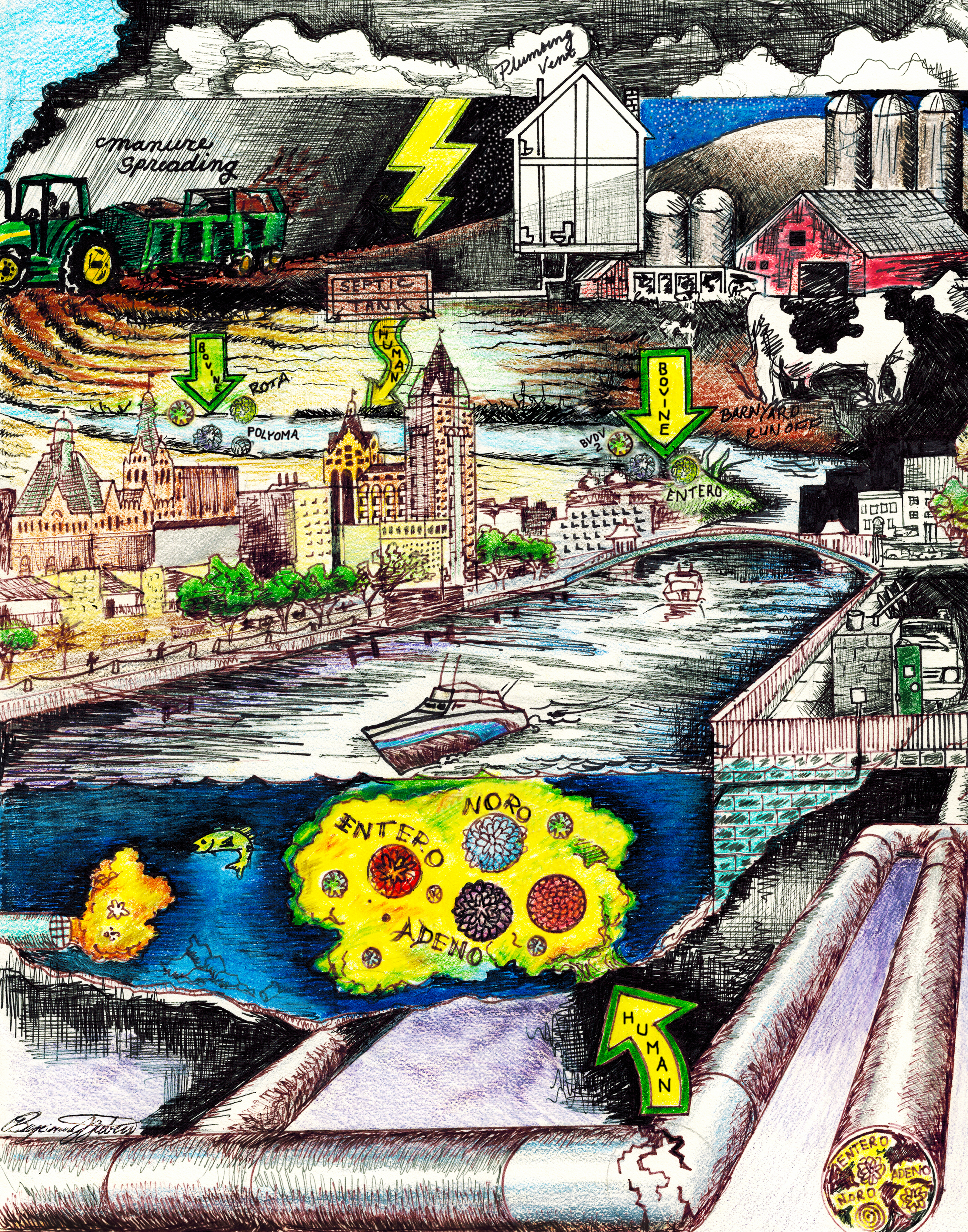 Human and bovine, or cattle, viruses were detected in a small percentage of some Great Lakes Basin streams, with human viruses more prevalent in urban streams and bovine viruses more common in streams in agricultural areas,  according to a 2017 U.S. Geological Survey-led study. The two most frequently detected pathogens were human adenovirus C, D and F in nine percent of samples, which can cause minor respiratory illnesses in people, and bovine polyomavirus in 11 percent of samples.