Instream and offstream water use was calculated for 2010 for the Delaware River Basin based on information received from Delaware, New Jersey, New York, and Pennsylvania. Water withdrawal, interbasin transfers, return flow, and hydroelectric power generation release data were compiled for 11 categories by hydrologic subregion, basin, subbasin, and subwatershed. Data availability varied by state.

The Focus Area Study examined water use at a finer level of detail than had been done previously, estimating water withdrawals and returns for 426 subwatersheds (HUC-12) compared to 13 subbasins (HUC-8) in prior water-use compilations. Site-specific data were used whenever possible to calculate public supply, irrigation (golf courses, nurseries, sod farms, and crops), aquaculture, self-supplied industrial, commercial, mining, thermoelectric, and hydroelectric power withdrawals. Where site-specific data were not available, primarily for crop irrigation, livestock, and domestic use, various techniques were used to estimate water withdrawals incorporating ancillary information such as Census populations, estimates of population served by public suppliers by county, the U.S. Department of Agriculture Cropland Data Layer, and estimates of livestock water use by county based on U.S. Department of Agriculture, National Agricultural Statistics Service data.

Withdrawals are generally highest in the southern half of the basin, where most of the population lives, but they can also be high in the north due to out-of-basin transfers as shown on the map of public-supply withdrawals. Ninety-four percent of the water withdrawals in New York are transferred out of the basin to supply New York City with drinking water. An estimated 14.7 million people relied on drinking water withdrawn in the Delaware River Basin for their household use; over 8 million people outside of the Basin (in New York City and New Jersey) and 6.7 million people within the Basin.

Water Availability and Use Science Program

Below are other science components of the Delaware River Basin Focus Area Study. 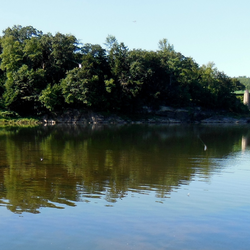 As one of several National Focus Area Studies within the USGS National Water Census (NWC), the USGS completed a 3-year study of water availability and use in the Delaware River Basin.
By
Water Resources
link
February 28, 2019

As one of several National Focus Area Studies within the USGS National Water Census (NWC), the USGS completed a 3-year study of water availability and use in the Delaware River Basin.
Learn More
link 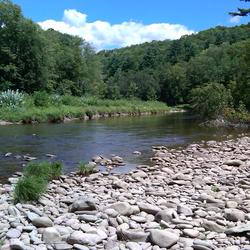 The Water Availability Tool for Environmental Resources provides a decision support system to examine different land-cover forecasts and climate projections using physical aspects of the basin that will remain unchanged, like topography and soil properties, to estimate streamflow for ungaged streams.
By
Water Resources
link
February 22, 2019 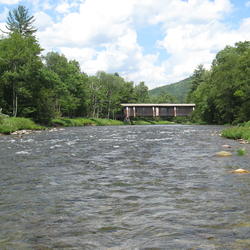 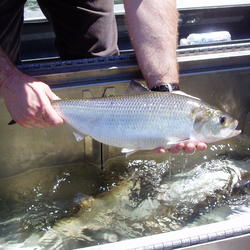 The Riverine Environmental Flow Decision Support System (REFDSS), models of river temperature, and evaluation of methods of determining Habitat Suitability Criteria were all products of the ecological-flow science component of the Delaware Focus Area Study.
By
Water Resources
link
February 22, 2019

Below are publications associated with the Delaware River Basin Focus Area Study.

Estimated use of water in the Delaware River Basin in Delaware, New Jersey, New York, and Pennsylvania, 2010