Pathology Case of the Month - Gyrfalcon

This was a privately-owned falconry bird. The bird was flown and had hunted on December 6, 2014 approximately five miles from Wiser Lake, Washington, USA. The falcon caught and killed an American wigeon (Anas americanus) and was allowed to consume a small portion of the duck as a behavioral reward. Later that day, the owner used remains of this duck to feed three additional falcons that he maintained at his home. By December 8, 2014, three falcons were dead, and the remaining sick bird was euthanized on that same day.

Gross Findings: There were no significant findings from the external examination.  On internal examination, there was scant subcutaneous, visceral, and epicardial fat indicating marginal body condition. The liver and spleen were moderately enlarged. The lungs were deep red and firm on palpation, and sections sank in formalin (Fig. 1).  Petechial and ecchymotic hemorrhages were present in the pancreas. Multiple areas of greenish pallor were present in the heart; the myocardium in the affected foci was soft and friable. Several small (1- to 2-mm) foci of hemorrhage were seen on the surface of the brain after removal of the meninges. The intestines contained abundant creamy yellow to green mucoid material.

Histopathological Findings: Areas of acute necrosis, often accompanied by hemorrhage and/or heterophilic infiltrates, were present in the myocardium, exocrine pancreas, spleen, adrenals, and brain (Fig 2, plates A, B, and D). Diffuse severe pulmonary congestion and hemorrhage were present in the lungs (Fig 2, plate C). Immunohistochemistry was positive for influenza A virus antigen in affected tissues.

Distribution: The HPAI H5N8 virus isolated from this gyrfalcon is not known to be circulating in North America at this time. The falcon became ill and died after consumption of a (presumptively) HPAI virus-infected American wigeon (Anas americanus) from Wiser Lake in Washington, USA. Waterfowl carrying HPAI viruses were detected at Wiser Lake in December 2014, near the beginning of a poultry epizootic in North America caused by HPAI.

Seasonality: Influenza viruses, generally of low pathogenicity, are found in waterfowl year-round, with the highest occurrence of infection in the late summer and the lowest in the spring. In shorebirds and gulls, infection with influenza viruses is most common in the spring. The H5N8 HPAI virus isolated from this gyrfalcon was identified in wild raptors only during the HPAI epizootic in North American poultry in 2014-2015.

Host range: Waterfowl, shorebirds, gulls, and terns are most commonly infected, but most avian species can be infected, as can mammals, including humans.

Transmission: Fecal-oral, ingestion, or aerosol transmission in a contaminated environment.  Predation or scavenging in avian predators.

Clinical signs: Vomiting and lethargy were reported in the captive gyrfalcon, but most of the wild HPAI virus infected raptors detected during the 2014-2015 poultry epizootic were found dead. In an infection trial of American kestrels (Falco sparverius) with H5N1 HPAI, neurologic signs were reported. Signs are highly variable in poultry, including respiratory, enteric, and reproductive abnormalities.

Diagnosis: Isolation of a highly pathogenic avian influenza virus from a clinically ill or dead bird with evidence of systemic illness.

Public health concerns: Certain HPAI viruses can be transmitted from animals, including birds, to humans, and are a serious health risk.

Wildlife population impacts: During this epizootic event in poultry, a small number of dead raptors from geographic regions where HPAI was present were submitted to the USGS National Wildlife Health Center for necropsy and were found to have died due to HPAI.

Pathology Case of the Month

Pathology Case of the Month

Notable cases at the National Wildlife Health Center are highlighted here in the Pathology Case of the Month Series.
Learn More
link

The Necropsy and Pathology services are performed by board-certified veterinary pathologists and necropsy technical staff whose principal role is to determine the cause of death for animals submitted to the USGS National Wildlife Health Center.

The Necropsy and Pathology services are performed by board-certified veterinary pathologists and necropsy technical staff whose principal role is to determine the cause of death for animals submitted to the USGS National Wildlife Health Center. 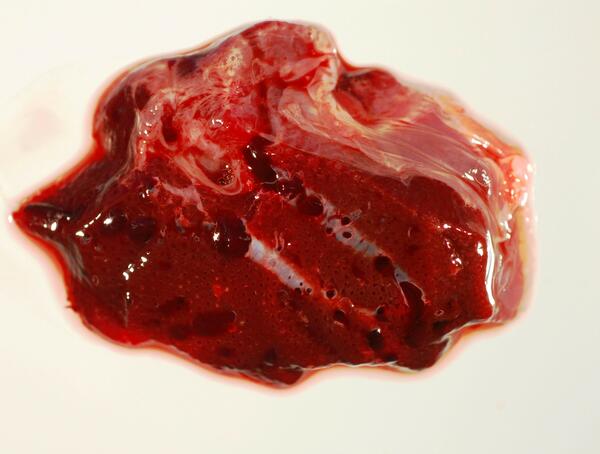 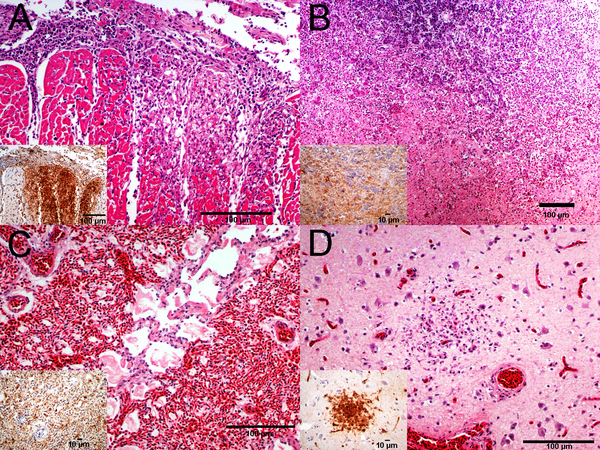 Several species of wild raptors have been found in Eurasia infected with highly pathogenic avian influenza virus (HPAIV) subtype H5N1. Should HPAIV (H5N1) reach North America in migratory birds, species of raptors are at risk not only from environmental exposure, but also from consuming infected birds and carcasses. In this study we used American kestrels as a representative species of a North Ame
By
Ecosystems, National Wildlife Health Center
January 1, 1994