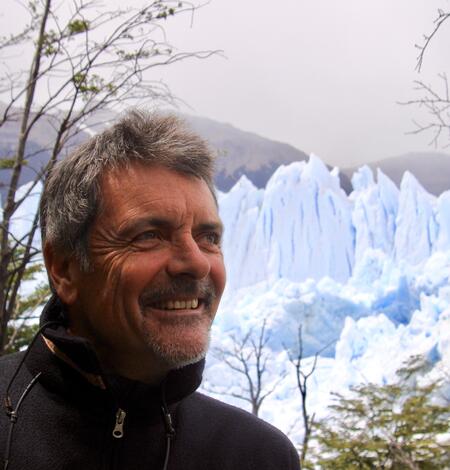 From 2011-2018, Gus served as the Director of the Northwest Climate Adaptation Science Center (NW CASC), which provides services to the states of Oregon, Washington, and Idaho. During his tenure as Director, Gus administered the disposition of over $8.6 million distributed among some 70 actionable regional science projects, formulated the first 5-year CASC Strategic Plan within the network, and released a visionary Science Agenda for the NW CASC that identifies science opportunities to address federal, state, and tribal resource managers’ priorities for the years 2018-2023.

Prior to joining the USGS, Gus served in the Office of Ocean and Polar Affairs in the Bureau of Oceans, Environment and Science, at the U.S. Department of State. He helped advance U.S. foreign policy objectives related to ocean sciences and resource management by holding leadership roles as the Department's Officer to the Commission for the Conservation of Antarctic Marine Living Resources, and as Alternate Head of the U.S. delegation to UNESCO's Intergovernmental Oceanographic Commission. Between 2002 and 2006, Gus was the Manager of the Columbia River Basin and Water Development Branch at the Oregon Office of the U.S. Fish and Wildlife Service. Between 1994 and 2002, as Senior Science and Policy Analyst with the Northwest Power and Conservation Council, he was responsible for the integration of scientific information into policy decisions to protect and restore fish and wildlife resources in the Columbia River basin.

Gus's graduate education at the University of Rhode Island includes both a Ph.D. and a Master of Science in Biological Oceanography, and a Masters in Marine Affairs.

Cultural expressions of American Indian and Alaska Natives (AIAN) reflect the relationship between AIAN and the plant and animal species present in an area. Different forces that modify that relationship and influence those expressions can potentially shape AIAN cultural heritage and even compromise their cultural identity. Herein, we propose seven modalities to illustrate how AIAN cultural expres
By
Ecosystems, Climate Adaptation Science Centers
March 1, 2019

The delivery of climate adaptation science products and services to inform resource management decisions—otherwise known as actionable climate adaptation science—is the primary driver and intended outcome of the science portfolios administered within the Department of the Interior's Climate Adaptation Science Center (CASC) network in the USA. This commitment hinges on the essential requirement tha
By
Ecosystems, Climate Adaptation Science Centers
link
September 9, 2015