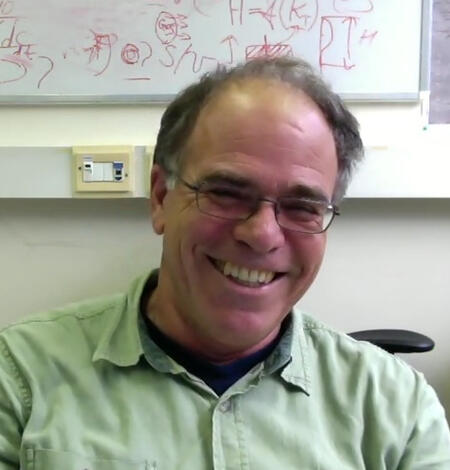 My research focuses on quantifying tectonic and morphological processes and their impacts on the assessments of tsunami, landslide, and earthquake hazards. I am also interested in bridging gaps between disciplines in earth sciences. I am the Project Chief of the USGS Marine Geohazards Sources and Probability Project and in charge of the USGS Ocean Bottom Seismometers.

As shown by the recent Mw 7.0 Haiti earthquake, intra-arc deformation, which accompanies the subduction process, can present seismic and tsunami hazards to nearby islands. Spatially-limited diffuse tectonic deformation within the Northeast Caribbean Plate Boundary Zone likely led to the development of the submerged Mona Passage between Puerto Rico and the Dominican Republic. GPS geodetic data and
By
Woods Hole Coastal and Marine Science Center
December 31, 2009

The Muertos Trough in the northeast Caribbean has been interpreted as a subduction zone from seismicity, leading to infer a possible reversal subduction polarity. However, the distribution of the seismicity is very diffuse and makes definition of the plate geometry difficult. In addition, the compressive deformational features observed in the upper crust and sandbox kinematic modeling do not neces
December 31, 2008

Size distributions and failure initiation of submarine and subaerial landslides

Landslides are often viewed together with other natural hazards, such as earthquakes and fires, as phenomena whose size distribution obeys an inverse power law. Inverse power law distributions are the result of additive avalanche processes, in which the final size cannot be predicted at the onset of the disturbance. Volume and area distributions of submarine landslides along the U.S. Atlantic cont
By
Natural Hazards, Landslide Hazards, Geologic Hazards Science Center
December 31, 2008

Assessment of tsunami hazard to the U.S. East Coast using relationships between submarine landslides and earthquakes

The nearly complete coverage of the U.S. Atlantic continental slope and rise by multibeam bathymetry and backscatter imagery provides an opportunity to reevaluate the distribution of submarine landslides along the margin and reassess the controls on their formation. Landslides can be divided into two categories based on their source areas: those sourced in submarine canyons and those sourced on th
By
Natural Hazards, Landslide Hazards, Geologic Hazards Science Center, Samples Repository
December 31, 2008

Multibeam bathymetry data acquired during the 2005 Spanish R/V Hesp??rides cruise and reprocessed multichannel seismic profiles provide the basis for the analysis of the morphology and deformation in the central Muertos Trough and Muertos thrust belt. The Muertos Trough is an elongated basin developed where the Venezuelan Basin crust is thrusted under the Muertos fold-and-thrust belt. Structural v
December 31, 2008

Size distribution of submarine landslides along the U.S. Atlantic margin

Assessment of the probability for destructive landslide-generated tsunamis depends on the knowledge of the number, size, and frequency of large submarine landslides. This paper investigates the size distribution of submarine landslides along the U.S. Atlantic continental slope and rise using the size of the landslide source regions (landslide failure scars). Landslide scars along the margin identi
By
Natural Hazards, Landslide Hazards, Geologic Hazards Science Center
December 31, 2008

Geomorphology, stability and mobility of the Currituck slide

Over the last 100,000??years, the U.S. Atlantic continental margin has experienced various types of mass movements some of which are believed to have taken place at times of low sea level. At one of these times of low sea level a significant trigger caused a major submarine mass movement off the coast of Virginia: the Currituck slide which is believed to have taken place between 24 and 50??ka ago.
By
Natural Hazards, Coastal and Marine Hazards and Resources Program, Pacific Coastal and Marine Science Center
December 31, 2008

Far field tsunami simulations of the 1755 Lisbon earthquake: Implications for tsunami hazard to the U.S. East Coast and the Caribbean

The great Lisbon earthquake of November 1st, 1755 with an estimated moment magnitude of 8.5-9.0 was the most destructive earthquake in European history. The associated tsunami run-up was reported to have reached 5-15??m along the Portuguese and Moroccan coasts and the run-up was significant at the Azores and Madeira Island. Run-up reports from a trans-oceanic tsunami were documented in the Caribbe
December 31, 2008

Submarine landslide as the source for the October 11, 1918 Mona Passage tsunami: Observations and modeling