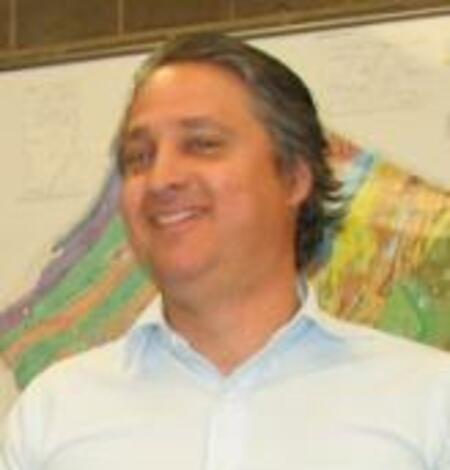 Led the radionuclide occurrence and mobility assessment for the National Water Quality Assessment (NAWQA) program, with focus on National Radium occurrence. He has co-authored the NAWQA cycle III 10-year research plan for radionuclides. He worked on methods development for radionuclide analyses, included in Standard Methods, and analytical methods challenges of complex matrices including high TDS natural waters and waste brines. He has worked with isotopes as tracers of ground-water movement, including use of tritium, helium-3, and stable isotopes of nitrogen and strontium. He has been working on characterizing waste streams from septic tanks affecting ground-water quality and sewage discharge affecting surface water, as well as examining the effect of various treatment systems for these compounds. He has also been working on toxicology of sediments. He has helped design, test and implement "ultra-clean" ground-water sampling protocols for trace elements, including mercury, and is working on defining mercury distribution in the environment for coastal regions. He has expanded into “emerging” contaminants in ground/surface water, including various short-lived radionuclides, organic compounds, and the “species” of mercury and arsenic. He has designed studies to document the effects of natural isotope variations on variability in gross alpha-particle activity in ground water and effects of holding time after sample collection.

He has more than 65 full length publications and more than 100 abstracts, mostly devoted to radionuclide occurrence and mercury chemistry.

Data for Radium Mobility and the Age of Groundwater in Public-drinking-water Supplies from the Cambrian-Ordovician Aquifer System, North-Central USA

The Kirkwood–Cohansey aquifer in southern New Jersey is an important source of drinking-water supplies, but the availability of the resource is limited in some areas by high concentrations of radium, a potential carcinogen at elevated concentrations. Radium (226Ra plus 228Ra) concentrations from a network of 25 drinking-water wells showed a statistically significant increase over a decadal time sc
By
Water Resources, New Jersey Water Science Center, Pennsylvania Water Science Center
June 5, 2020

Radium mobility and the age of groundwater in public-drinking-water supplies from the Cambrian-Ordovician aquifer system, north-central USA

High radium (Ra) concentrations in potable portions of the Cambrian-Ordovician (C-O) aquifer system were investigated using water-quality data and environmental tracers (3H, 3Hetrit, SF6, 14C and 4Herad) of groundwater age from 80 public-supply wells (PSWs). Groundwater ages were estimated by calibration of tracers to lumped parameter models and ranged from modern (1 Myr) in the most downgradient,
By
Water Resources
June 28, 2016

Mercury (Hg) is considered a contaminant of global concern for coastal environments due to its toxicity, widespread occurrence in sediment, and bioaccumulation in tissue. Coastal New Jersey, USA, is characterized by shallow bays and wetlands that provide critical habitat for wildlife but share space with expanding urban landscapes. This study was designed as an assessment of the magnitude and dist
By
Water Resources, New Jersey Water Science Center
May 6, 2016

Arsenic and radionuclide occurrence and relation to geochemistry in groundwater of the Gulf Coast Aquifer System in Houston, Texas, 2007–11

The U.S. Geological Survey (USGS), in cooperation with the City of Houston, began a study in 2007 to determine concentrations, spatial extent, and associated geochemical conditions that might be conducive for mobility and transport of selected naturally occurring trace elements and radionuclides in the Gulf Coast aquifer system in Houston, Texas. Water samples were collected from 91 municipal supp
By
Water Resources, Oklahoma-Texas Water Science Center
January 21, 2015

The quality of our nation's waters: water quality in the Principal Aquifers of the Piedmont, Blue Ridge, and Valley and Ridge regions, eastern United States, 1993-2009

The aquifers of the Piedmont, Blue Ridge, and Valley and Ridge regions underlie an area with a population of more than 40 million people in 10 states. The suburban and rural population is large, growing rapidly, and increasingly dependent on groundwater as a source of supply, with more than 550 million gallons per day withdrawn from domestic wells for household use. Water from some of these aquife
By
Water Resources, Pennsylvania Water Science Center
April 18, 2014

USGS fills a knowledge gap for radionuclide occurrence in groundwater

Using recently developed and sensitive laboratory methods, the USGS has documented where the radionuclides lead-210 and polonium-210 occur in...