USGS WERC’s Dr. Karen Thorne and her research team are using drone imagery to understand how the 2018 Carr Fire affected ecosystems and cultural resources. The study, a collaboration with the National Park Service (NPS), focuses on Whiskeytown National Recreation Area in northern California. The drone images will help the WERC researchers identify changes in topography, cultural sites, debris flows, and vegetation recovery following the fire, and provide valuable data on fire impacts to the land managers at NPS.

The Carr Fire burned nearly 230,000 acres over 38 days in the summer of 2018, making it the seventh-largest wildfire in California history (as of spring 2019). The fire began in Whiskeytown National Recreation Area and spread east to nearby Redding, California. Large wildfires like the Carr Fire can have equally large effects on ecosystems and cultural resources. Post-fire impacts can be caused both by the fire itself and by erosion and debris flows during the winter rainy season, which are exacerbated by the loss of vegetation from the fire. USGS and NPS want to understand the impact of the fire at Whiskeytown National Recreation Area, with focus on 1) areas identified of concern to NPS for high potential for post-fire erosion and debris flow; 2) specific cultural resource features at risk of damage from post-fire erosion, 3) specific abandoned mines at risk to erosion, and 4) post-fire vegetation characteristics and recovery at affected areas.

Severe wildfires like the Carr Fire have impacts on big spatial scales that can be difficult to understand from on-the-ground field analyses alone. USGS WERC scientists are using drones to get a large picture of the fire effects. In October 2018, Dr. Karen Thorne’s research team, including drone pilot Chase Freeman, conducted drone surveys of 15 sites at Whiskeytown National Recreation Area, covering 2700 acres over 36 hours of flight time. Cameras and sensors mounted on the drones took images for topography and vegetation characteristics of the recently burned land below. The researchers will repeat their surveys in spring and summer 2019 and 2020 to assess recovery and effects of the winter rains. Watch drone video footage of the Carr Fire burn area here.

The images being used are orthoimages, which combine high-resolution aerial photos with the features of a map. Orthoimages correct photos to account for topography, lens distortion, and camera tilt, producing an extremely accurate picture of the Earth’s surface. The researchers can use orthoimages to measure elevation, area burned, and the amount or type of vegetation in a particular area. By comparing images taken at different times, they can assess changes over time, such as how vegetation is regrowing or changes in elevation caused by erosion.

WERC scientists will validate and supplement the data collected from drone imagery with data from images collected on the ground. In November 2018, 12 game cameras were set up in watersheds identified by NPS to capture possible debris flow events. Along with the game cameras, the researchers established photo point locations to ground truth areas surveyed with drones and provide a finer scale analysis of changes through time.

The drone study will allow researchers to: 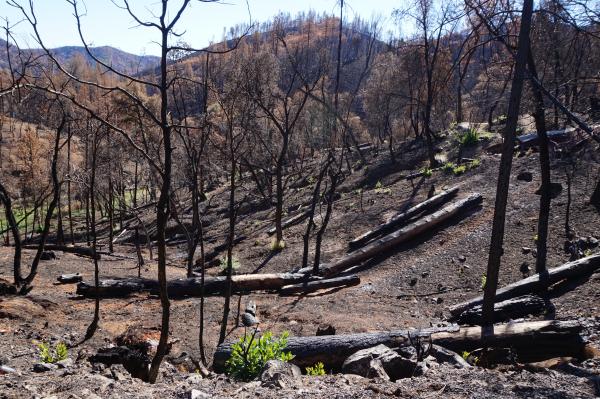 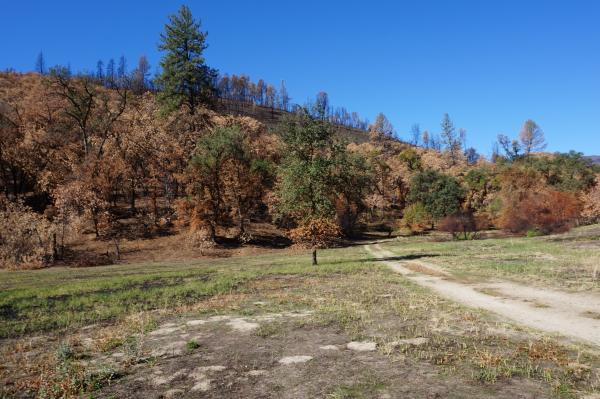 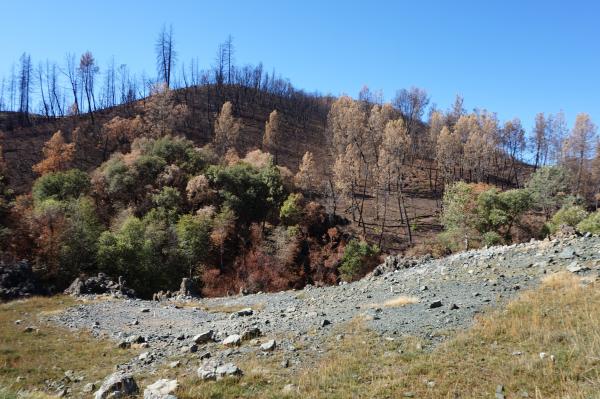 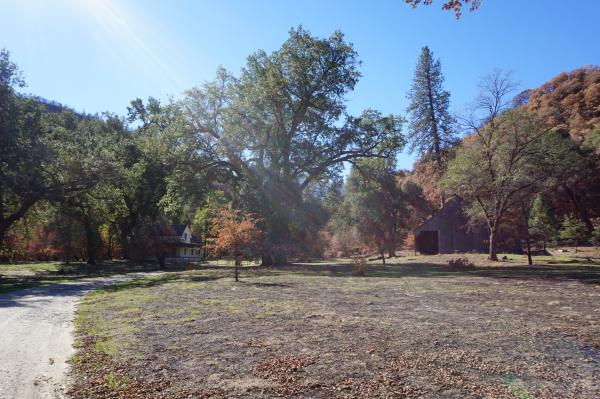 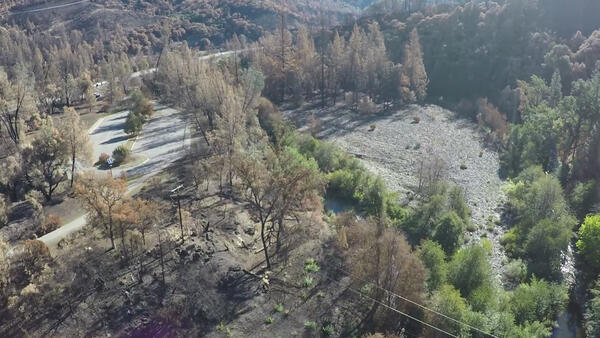