This study, which measured 17 per- and polyfuoroalkyl substances (PFASs) in source and treated public water supplies from 25 drinking water facilities as part of a broader study of contaminants in drinking water across the United States, reports that PFASs were detected in all source water and public water supply samples collected. One sample exceeded the current U.S. Environmental Protection Agency (EPA) drinking water health advisory that applies to two of the compounds measured.

Per- and polyfluoroalkyl substances, collectively called PFASs, are synthetic chemicals commonly used for applications such as fire-retardant coatings on carpeting and clothing, linings of fast food boxes, and fire-fighting foams. PFASs are not readily biodegradable and are highly water soluble, indicating that transport away from sources is nearly inevitable.

Human exposure to PFASs has been documented in the Fourth National Report on Human Exposure to Environmental Chemicals by Centers for Disease Control and Prevention (CDC) scientists who detected PFASs in the blood serum (the clear portion of blood) of most people that participated in the CDC’s National Health and Nutrition Examination Survey.

Given their ubiquitous use, minimal degradation in the environment, ease of transport, and known human exposure, human ingestion through drinking water consumption is an important exposure pathway for consideration.

Accordingly, scientists at the U.S. Geological Survey (USGS) and U.S. Environmental Protection Agency (EPA) collaborated in a study to provide baseline data for assessing potential human exposure to PFASs through drinking water as part of a series of studies designed to understand a wide array of legacy and emerging contaminants in public drinking water. Source and treated drinking water samples were collected from 25 drinking water facilities across the United States and analyzed for 17 PFASs by liquid chromatography–tandem mass spectrometry, a method capable of detecting PFAS concentrations down to parts-per-trillion levels.

PFASs were detected in the source and treated drinking water of every sampled location and individual PFAS concentrations ranged from less than 1 nanogram per liter (ng/L) to 1,102 ng/L. One facility exceeded the current EPA drinking water health advisory of 70 ng/L for the summed concentration of perfluorooctanoic acid (PFOA) and perfluorooctanesulfonic acid (PFOS), the two compounds of the 17 PFAS measured that have a quantitative health advisory level.

Scientists reported generally minimal removal during water treatment, with median total PFAS concentrations of 21.4 ng/L in the source water and 19.5 ng/L in the treated drinking water. Although available data are limited, the scientists observed that facilities using granular activated carbon did achieve higher removal efficiency than other treatments.  Study authors caution that this observation would need additional study to be substantiated.

Although this and other studies have documented the presence of PFASs in treated drinking water and in humans, little is known about the sublethal effects of the wide array of PFAS compounds detected in this study.  The presence of PFASs in the environment, in our drinking water, or in our bodies does not necessarily indicate a health threat, which is where objective scientific information becomes essential.

The USGS Environmental Health Infrastructure  and the Food Resources Science teams are moving forward with their public health partners to assess and define the key hydrologic and biogeochemical processes that affect exposure of humans to PFASs to provide objective scientific information on actual health impacts and practical mitigation strategies that can inform water use/reuse decision making and best management practices.

This study was funded by the EPA and USGS Environmental Health Program (Toxic Substances Hydrology and Contaminant Biology).

Related research is listed below 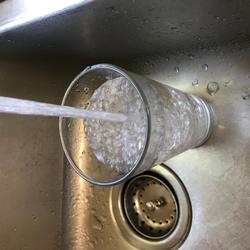 The team studies toxicants and pathogens in water resources from their sources, through watersheds, aquifers, and infrastructure to human and wildlife exposures. That information is used to develop decision tools that protect human and wildlife health.
By
Ecosystems, Contaminant Biology, Environmental Health Program, Toxic Substances Hydrology
link
September 11, 2021

The team studies toxicants and pathogens in water resources from their sources, through watersheds, aquifers, and infrastructure to human and wildlife exposures. That information is used to develop decision tools that protect human and wildlife health.
Learn More
link 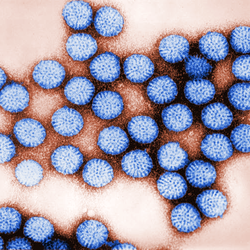 Waterborne viruses, one of the leading causes of gastrointestinal illnesses, were measured in United States drinking water sources and finished water. Scientists used a combination of measurement and statistical techniques to overcome limitations to quantifying these viruses, thus offering an enhanced method for virus monitoring.
Learn More
link 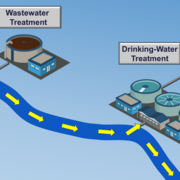 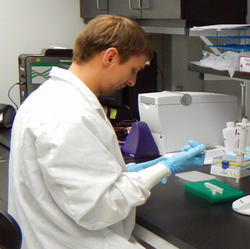 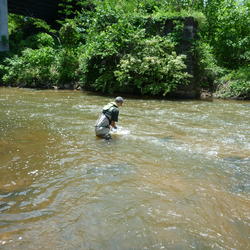