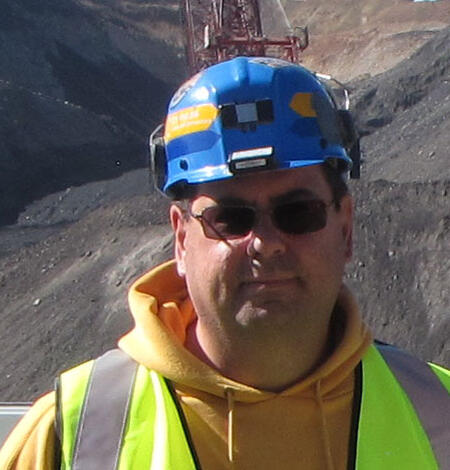 Brian N. Shaffer, P.G. is a Supervisory Geologist with the USGS and Co-Project Chief of the Evolving Utilization of Solid Energy Fuels Project.  Utilizing his 26+ years of experience as a geologist in the coal industry, he leads the Project's research efforts to assess the quantity, quality, location, and accessibility of the Nation’s remaining recoverable coal resour

Since January, 2016, Brian has been a Supervisory Geologist for the USGS in the Central Energy Resources Science Center in Denver, CO. He is Co-Project Chief for the Evolving Utilization of Solid Energy Fuels Project, tasked with assessing the coal resources and reserves of the United States.  Currently, the U.S. Coal Resources and Reserves Assessment Project is conducting assessment studies in the Yampa coal field in northwestern Colorado and Williston Basin in Montana and North Dakota.  Team members are also conducting research to develop geostatistical methods for quantifying geological uncertainty in coal resource assessments and utilizing geostatistical methods to develop equations to predict values for certain coal quality parameters.

Previously, Brian was the Senior Manager Geology of the Northern Appalachian Region (NAPP) for Alpha Natural Resources.  He began his career in 1989 as a geology co-op student for Cyprus Coal Company at Emerald Mine in Waynesburg, PA.  Starting in 1990, Brian worked at the Cyprus Coal Company's Emerald Mine and Cumberland Mine, in Greene County, PA, where he gained experience in defining, mapping, and interpreting underground geologic conditions and ground control issues associated with longwall coal mining operations.  Brian was also involved in the exploration and geologic mapping of the Upper Freeport, Greene Hill, and Greene Manor reserve blocks in Greene County for Cyprus-Amax and Foundation Coal Companies.  As Senior Manager Geology, Brian supervised a team of three geologists that managed exploration and geologic mapping activities, conducted reserve assessments, and modeled geologic and coal quality trends for the Emerald and Cumberland longwall deep mines, as well as for Amfire Mining, which produced both thermal and metallurgical coal from numerous underground and surface mines in central Pennsylvania.  He has over 26 years of experience as a geologist in the coal industry and has worked in underground coal mines in Pennsylvania, West Virginia, Virginia, Kentucky, Ohio, Colorado, Wyoming, and Utah.

Brian has worked as a part time instructor for Waynesburg University, where he taught physical geology courses.  He also has worked as a teaching assistant in the Department of Geography and Geology at West Virginia University. 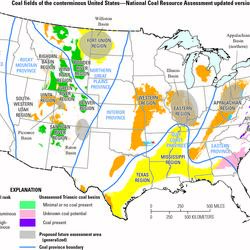 Building on a geology-based assessment of undiscovered, technically recoverable petroleum resources in the Eagle Ford Group in south Texas, the U.S. Geological Survey has estimated the required water and proppant demands and formation water production volumes associated with possible future development of these petroleum resources. The results of the water and proppant assessment are presented her
By
Energy Resources Program, Central Energy Resources Science Center
June 23, 2021

Probabilistic methodology for the assessment of original and recoverable coal resources, illustrated with an application to a coal bed in the Fort Union Formation, Wyoming

An assessment of the economic potential of lignite and leonardite resources in the Williston Basin, North Dakota

The Bureau of Land Management (BLM) requested assistance from the U.S. Geological Survey (USGS) to conduct an assessment study to identify areas that may have economic potential for the future extraction of lignite and leonardite resources in the Williston Basin in North Dakota. The study will be used by the BLM to assist with the preparation of a revised resource management plan for the Williston
By
Energy Resources Program, Central Energy Resources Science Center
December 19, 2019

The U.S. Geological Survey is studying regional-scale assessments of resources and reserves of primary coal beds in the major coal bed basins in the United States to help formulate policy for Federal, State, and local energy and land use. This report summarizes the geology and coal resources and reserves in the Little Snake River coal field and Red Desert assessment area in the Greater Green River
By
Energy Resources Program, Central Energy Resources Science Center
December 19, 2019

Geology and mineral resources of the Sheldon-Hart Mountain National Wildlife Refuge Complex (Oregon and Nevada), the Southeastern Oregon and North-Central Nevada, and the Southern Idaho and Northern Nevada (and Utah) Sagebrush Focal Areas: Chapter B in

The USGS assessment and methodology reports cited within this software release require extensive processing using computational methods and modeling. The most demanding aspects of the modeling were performed using publicly available software: SGeMS and GSLIB (See the 'related External Resources' section on this webpage to learn more about this software). This publication releases the FORTRAN sourc
By
Geology, Energy & Minerals Science Center
April 13, 2021

It is difficult to overstate the importance of energy to the American economy.  Managing this vital sector depends on knowing how many energy...

Although often associated with helping fuel the Nation’s growth during the Industrial Revolution, coal is very much part of our space-age present. In...

Drill hole data for coal beds in the Paleocene Fort Union Formation in the Williston Basin in Mercer and Oliver Counties, North Dakota 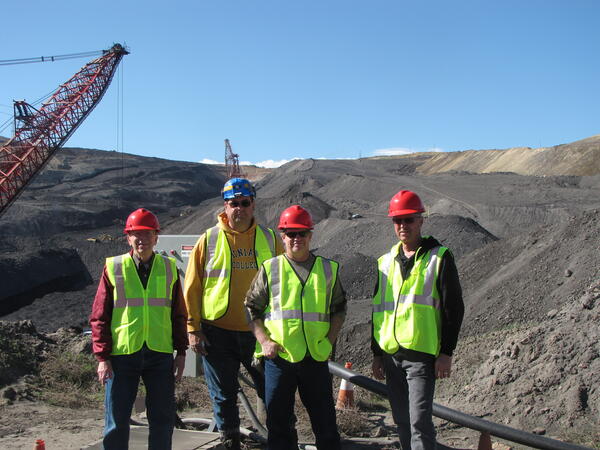