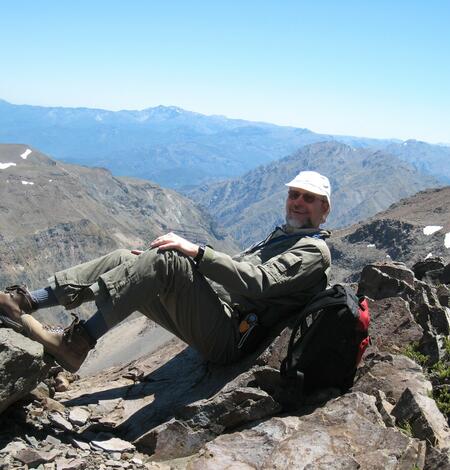 Emeritus field geologist and petrologist. Past USGS positions: Chief of the Volcano Disaster Assistance Program,, Program Coordinator Volcano and Landslide Hazards and Geologic Mapping Programs, Research Scientist.   I have scientific expertise in ophiolite geology (based mainly on my Ph.D. study of the Oman Ophiolite), in igneous petrology, and in volcano hazards science.

I joined USGS in 1980 (Field Geology and Geochemistry Branch),  and worked 3 years with the Saudi Arabian USGS mission making a series of geologic quadrangle maps and  studying Precambrian ophiolites, plate tectonics and Red Sea rift magmatism.  I returned to the USGS volcano group in Denver in 1983 and conducted a geologic mapping and research project with Ed du Bray and others on a deeply eroded caldera in SE Arizona, a petrology and geochemistry project on Mount St. Helens with Rick Hoblitt and others,  and a petrology project on Mount Pinatubo, the latter with the USGS & PHIVOLCS team.  In 1996, I started a 7-year tour as a Program Manager with USGS headquarters in Reston, VA, where I led the Geologic Mapping, and then the Volcanic Hazards and Landslide Hazards programs.  Following my Reston tour I moved to the Cascade Volcano Observatory in 2003.  At CVO I worked on the 2004-08 Mount St. Helens eruption and served as the head of the Volcano Disaster Assistance Program.  I retired in 2017, but then came back 6 months later to serve for 2 years as the leader of a new project on the next generation of volcanic hazard assessments.

Mount St. Helens was once enjoyed for its serene beauty and was considered one of America’s most majestic volcanoes because of its perfect cone shape, similar to Japan’s beloved Mount Fuji. Nearby residents assumed that the mountain was solid and enduring. That perception changed during the early spring of 1980. Then, on May 18, 1980, following 2 months of earthquakes and small explosions, the vol
By
Natural Hazards, Volcano Hazards, Volcano Science Center
April 17, 2020

With 75 historically active volcanoes, Indonesia is the world’s most volcanically active nation. Its volcanoes are legendary throughout the world, with the notorious 19th-century eruptions at Mount Tambora (1815) and Krakatau (1883), and the eruption that created the giant Toba Caldera in Sumatra (75,000 years ago)—the Earth’s largest volcanic eruption in the past 100,000 years. Just in the past 2
By
Volcano Hazards, Volcano Science Center, International Programs
September 15, 2019

Overview of the eruptions of Sinabung Volcano, 2010 and 2013-present, and details of the 2013 phreatomagmatic phase

A small phreatic eruption of Sinabung Volcano, North Sumatra on August 28, 2010, at 18:30 local time marked the first eruption in the past ~1200 years. The eruption took place from two small vents in the south crater area. Explosions and ash emissions from these vents generated multiple ash plumes that reached altitudes of up to 5 km during early- to mid-September. By the end of September, only lo
By
Ecosystems, Volcano Hazards, Volcano Science Center
July 11, 2019

The eruptions of Sinabung and Kelud Volcanoes, Indonesia

After 53 years of quiescence, Mount Agung awoke in August 2017, with intense seismicity, measurable ground deformation, and thermal anomalies in the summit crater. Although the seismic unrest peaked in late September and early October, the volcano did not start erupting until 21 November. The most intense explosive eruptions with accompanying rapid lava effusion occurred between 25 and 29 November
By
Volcano Hazards, Volcano Science Center
February 8, 2018

Eruptions of Sinabung volcano, Indonesia have been ongoing since 2013. Since that time, the character of eruptions has changed, from phreatic to phreatomagmatic to magmatic explosive eruptions, and from production of a lava dome that collapsed to a subsequent thick lava flow that slowly ceased to be active, and later, to a new lava dome. As the eruption progressed, event trees were constructed to
By
Volcano Hazards, Volcano Science Center
August 2, 2017

This field trip will provide an introduction to several fascinating features of Mount St. Helens. The trip begins with a rigorous hike of about 15 km from the Johnston Ridge Observatory (9 km north-northeast of the crater vent), across the 1980 Pumice Plain, to Windy Ridge (3.6 km northeast of the crater vent) to examine features that document the dynamics and progressive emplacement of pyroclasti
By
Volcano Hazards, Volcano Science Center
November 7, 2014

The key parameters one needs to forecast outcomes of volcanic unrest are hidden kilometers beneath the Earth’s surface, and volcanic systems are so complex that there will invariably be stochastic elements in the evolution of any unrest. Fortunately, there is sufficient regularity in behaviour that some, perhaps many, eruptions can be forecast with enough certainty for populations to be evacuated
By
Volcano Hazards, Volcano Science Center
July 1, 2013

The 2010 eruption of Merapi volcano

Despite dense cloud cover, satellite-borne commercial Synthetic Aperture Radar (SAR) enabled frequent monitoring of Merapi volcano's 2010 eruption. Near-real-time interpretation of images derived from the amplitude of the SAR signals and timely delivery of these interpretations to those responsible for warnings, allowed satellite remote sensing for the first time to play an equal role with in situ
By
Volcano Hazards, Volcano Science Center
March 1, 2013

Faulting within the Mount St. Helens conduit and implications for volcanic earthquakes

We use geologic field mapping and sampling, photogrammetric analysis of oblique aerial photographs, and digital elevation models to document the 2008-2009 eruptive sequence at Chaitén Volcano and to estimate volumes and effusion rates for the lava dome. We also present geochemical and petrologic data that contribute to understanding the source of the rhyolite and its unusually rapid effusion rates
By
Volcano Hazards, Volcano Science Center 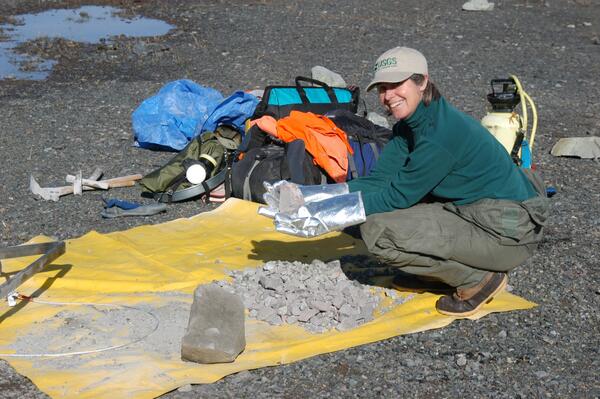 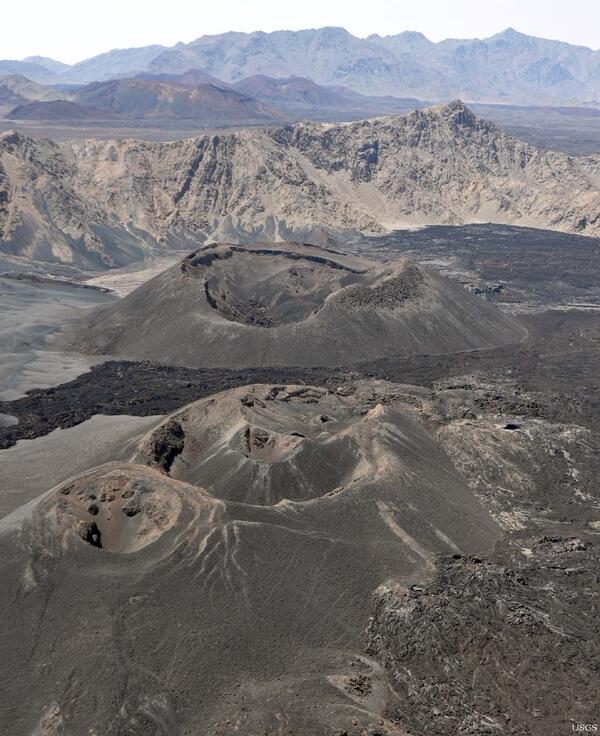 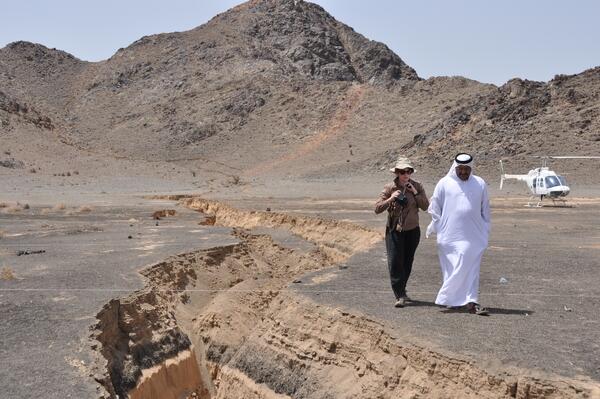