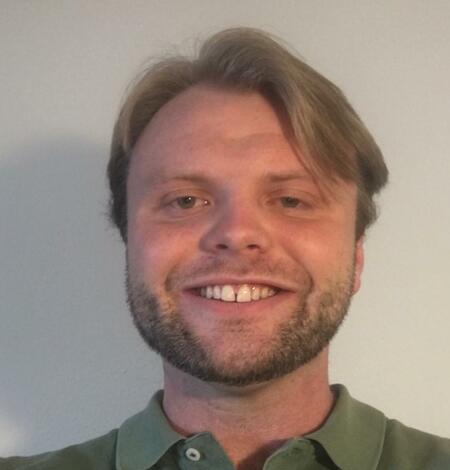 Myles incorporates field data with geochemical analyses to understand how surface water and groundwater interact and transport. He has used this expertise to understand the mechanisms of how oil, natural gas, and brine form in the subsurface and can then later migrate into groundwater aquifers along with understanding hydrologic cycling in agricultural fields.

Myles attended State University of New York (SUNY) at Oneonta for his undergraduate studies, majoring in water resource management and minoring in chemistry. For his bachelors work he sampled water and soil from lakes, rivers, and streams throughout upstate New York to understand how mercury and other toxic metals were being incorporated into fish.

He then attended the Ohio State University (OSU) on a research and teaching fellowship, where he received his master and doctoral degrees. During this time, he expanded upon his scientific communication abilities by teaching the introduction to earth science lectures and lab sessions. He also developed new techniques to collect and analyze gas samples for hydrocarbon and noble gas abundance and isotopic compositions using gas chromatography and noble gas mass spectrometry. These techniques were employed to understand how hydrocarbons could form in complex environments such as coalbed methane and gas hydrate reservoirs. This work also helped to delineate the source of fugitive gas and brine contamination in West Virginia, where multiple sources of oil and gas could have been contaminating drinking water aquifers. While at OSU he also developed a technique to extract water out of soil to analyze the oxygen and hydrogen isotopic composition to understand how water was migrating in agricultural fields and being used by crops.

After this, he did a student contractor position at the USGS Denver, where he expanded further upon his understanding of how oil and gas from well fields or fertilizer from agricultural fields could impact drinking water quality. This involved learning additional noble gas mass spectrometry methods, to analyze the dissolved gas in water samples collected from these complex environments.

He then attended Colorado School of Mines, where he further advanced his understanding of how hydrocarbon composition can change due to the migration of oil and gas. This work helped to understand the conditions in which hydrate blockages could occur in oil and gas transmission lines. This involved mimicking transmission oil and gas line conditions at varying temperatures, pressures, and water and oil contents to determine when hydrate blockage could occur and the amount of methanol that would be required to remove that blockage.

In addition to the field sampling and analytical lab skills Myles has developed from his studies, he also has advanced his data interpretation and statistical abilities. He has incorporated mixing, gas fractionation migration, and sourcing models to understand where water has migrated from, what sources of water are contributing to groundwater reservoirs, and where contaminated groundwater could be migrating next. He pairs these modeling results with statistical data to demonstrate how correlations between geochemical parameters and groups of data can provide evidence as to the processes controlling groundwater flow in these complex environments.

Massive volumes of gas are sequestered within gas hydrate in subsurface marine sediments in the Gulf of Mexico. Methane associated with gas hydrate is a potentially important economic resource and a significant reservoir of carbon within the global carbon cycle. Nevertheless, uncertainties remain about the genetic source (e.g., microbial, thermogenic) and possible migration history of natural gas
By
Coastal and Marine Hazards and Resources Program, Ohio-Kentucky-Indiana Water Science Center, Woods Hole Coastal and Marine Science Center